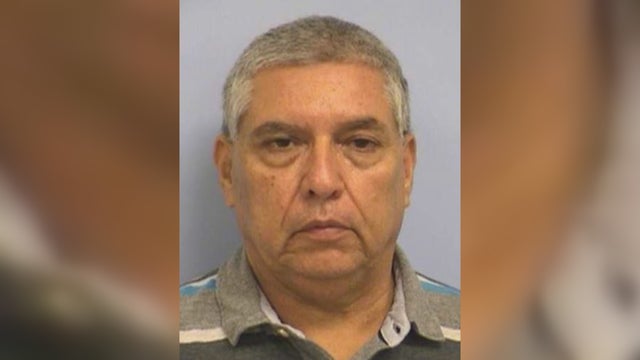 AUSTIN (KXAN) — A mother says she is sad and angry, and is praying for the Austin ISD school bus driver who is accused of sexually assaulting her 5-year-old daughter on a bus for special needs children.

She spoke to News 8’s sister station KXAN Monday night, at times in tears, about the entire ordeal.

The mother is the one who first noticed strange behavior happening on the bus toward the end of last school year. She says she and her husband both witnessed 57-year-old Cesar Maldonado, on two different days, put their daughter on his lap behind the wheel of the bus to show her how to drive it.

Days later, their daughter was acting strangely and said she was in pain, and then told her mother where the bus driver touched her.

The girl’s mother also says her daughter has a speech problem and believes it made her even more of a target. She also questions why the bus monitor left her daughter alone on the bus with driver.

“It’s not that unusual,” said AISD Police Chief Ashley Gonzalez. “As long as there’s one adult on the bus I do know that the aides at some points have to leave the bus to escort other students to school and come back.”

Bus monitors are assigned to all pre-kindergarten and buses for special needs children.

Chief Gonzalez said no other parents have reported any complaints about Maldonado, who was fired from the district once he was arrested on Aug. 10 following a trip out of the country.

AISD says there are four surveillance cameras inside all of its school buses, which should be rolling at all times when the bus is running.

The victim’s mother says the cameras did not capture the right angle to see exactly what Maldonado is accused of doing. She wants that to change and would like to see more cameras added.