Driver cut out of van after crash 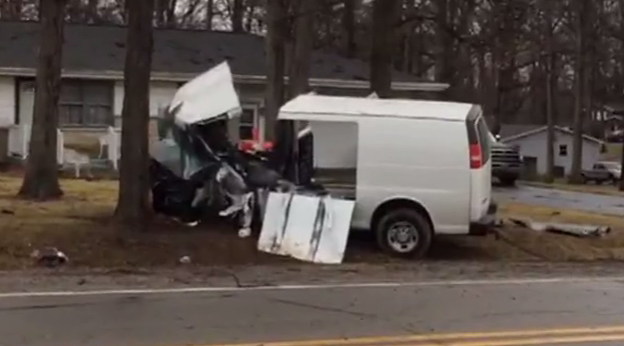 FORT WAYNE, Ind. (WANE) – A driver was critically hurt when his van veered off South Hadley Road in Fort Wayne and slammed into a tree mid-morning Tuesday.

Police were called just before 10 a.m. Tuesday to the 200 block of South Hadley Road, between Bass and Illinois roads. There, a white van had crashed head-on into a tree in a yard.

The driver of the van was initially listed in fair to serious condition but dispatchers then said he had regressed to very serious condition. It took Fort Wayne firefighters 45 minutes to cut the man from the van. He was taken to a local hospital in critical condition.

It’s not clear what caused the crash. The city’s Fatal Accident Reconstruction team was called to study the incident.

Northbound Hadley Road was closed for several hours while investigators worked the crash.