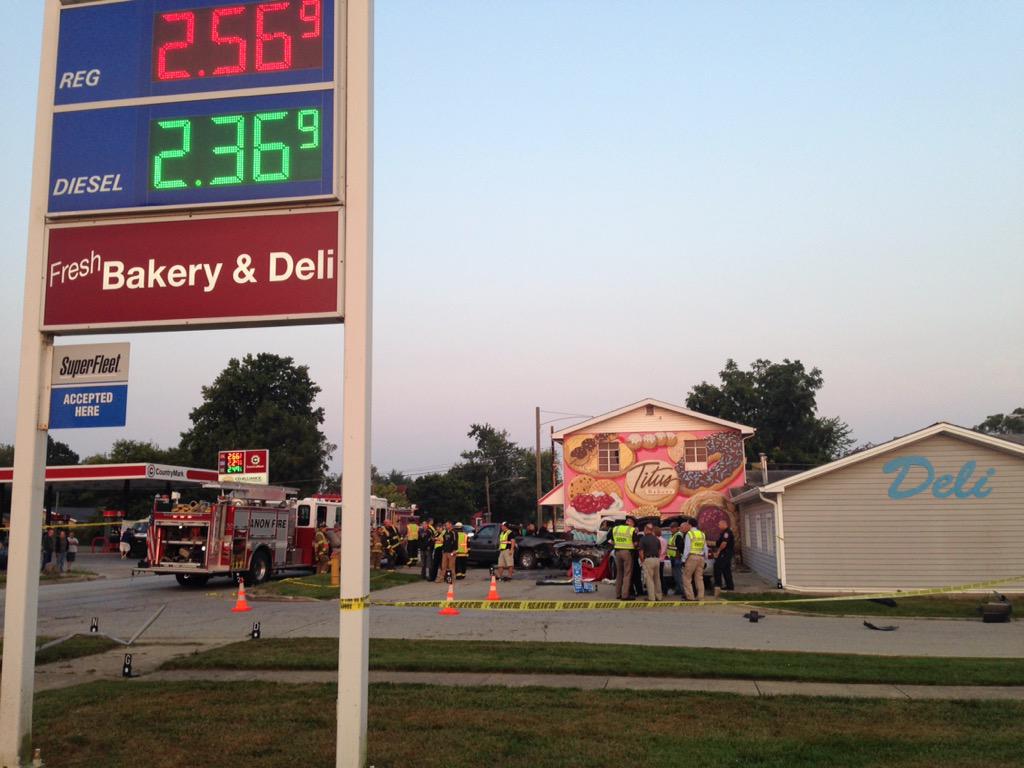 It happened in the 800 block of West South Street, outside the Titus Bakery.

According to authorities, a car hit parked vehicles and then hit a pedestrian.

Preliminary results of the investigation show that a 2002 gray Ford Mustang, driven by 21-year-old Robert Cole, was traveling southbound on South Street at a high rate speed. Cole lost control of the car and veered off to the north side of the road for an unknown reason. The Mustang continued into the bakery and struck three parked cars.

Cole’s vehicle also hit Jane Willhite who was walking outside of the business. She was transported to the hospital in critical condition. At last check she was in stable condition.

Cole was pronounced dead at the scene.

The impact of the crash caused a few of the cars to strike the bakery. The building was evacuated, but later found structurally safe.

Officials said they cannot confirm at this time of alcohol was involved. They are investigating.