Driver dies after tanker hits I-70 overpass in Hancock County 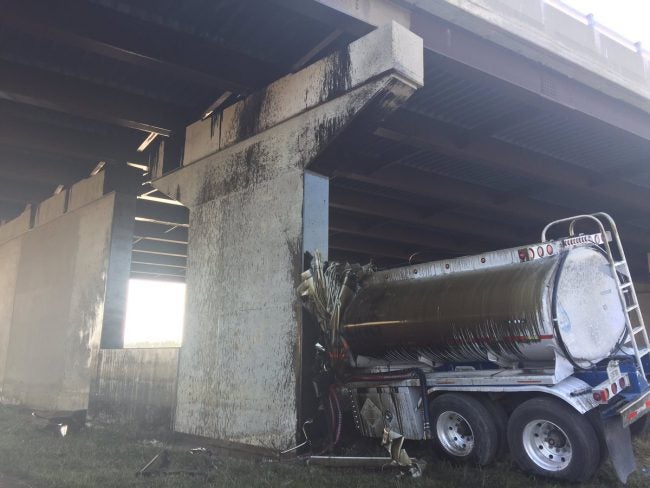 Investigators were working to identify the driver, who died after the crash at a undisclosed hospital, Indiana State Police said in a news release.

Just before 9 a.m., emergency crews were called to the crash at the 95.8-mile marker under the Mount Comfort Road overpass. A semitractor-tanker had struck a concrete support of the overpass with the tanker rupturing and spilling thousands of gallons of oil onto the interstate, police said. The driver was ejected from the cab and found in grass ahead of the crash scene.

A preliminary investigation showed a tire failure caused the vehicle to run off the road, go through a guardrail and strike the overpass support, police said.

I-70 was closed in both directions for more than three hours while hazardous-material crews cleaned up the oil spill, but authorities advised motorists to be cautious in the area because of the large spill.

One lane of I-70 remained closed in both directions shortly before 2 p.m.