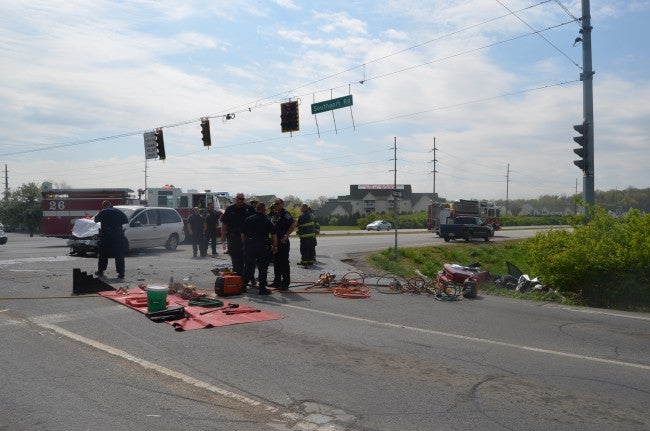 INDIANAPOLIS (WISH) – Drivers voiced concerns about new traffic lights after a deadly crash on the city’s south side.

The crash killed one woman and put two others in the hospital. “Witnesses state that new lights in the intersection may have been confusing to drivers,” said IFD spokeswoman, Rita Reith.

The new lights at the intersection were activated April 14, according to INDOT.

Investigators are still trying to determine the exact cause of the accident, but they know a van collided with a car at the intersection.

“One of those components of that witness statement is that this is a new lighting system at this intersection,” said Reith. “And for some of these travelers it’s a little bit confusing as to how the lights work. I’m sure that will be part of the investigation.”

Montana Watson, who did not witness the crash but had to pull over and wait for the road to clear, said she drives past the intersection on her way to and from school.

“It’s just a confusing intersection in general,” Watson said. “It’s very bus,y every single day and once they put these new lights in, it made it even more confusing because people don’t know whether (or) not to turn or to stop.”

Several other drivers near the crash scene expressed similar opinions to 24-Hour News 8.

A sign next to the light instructed drivers turning left to yield when the light is flashing yellow. An INDOT spokesman said the lights are being installed across the state and are recommended by the Federal Highway Administration. He said studies show the lights can improve safety and mobility.

Colorado Department of Transportation officials announced this week that they’re cutting back on the use of flashing yellow lights at one intersection in Durango, due to an increase in injury accidents. CDOT said, overall, accidents have gone down in Durango since the lights were installed there.

Watson said she doesn’t think the lights are appropriate for the intersection.

“I’ve seen multiple people pull out in front of cars on accident, not even knowing,” she said.

INDOT will do a safety analysis at the intersection, which is standard procedure after every fatal accident.