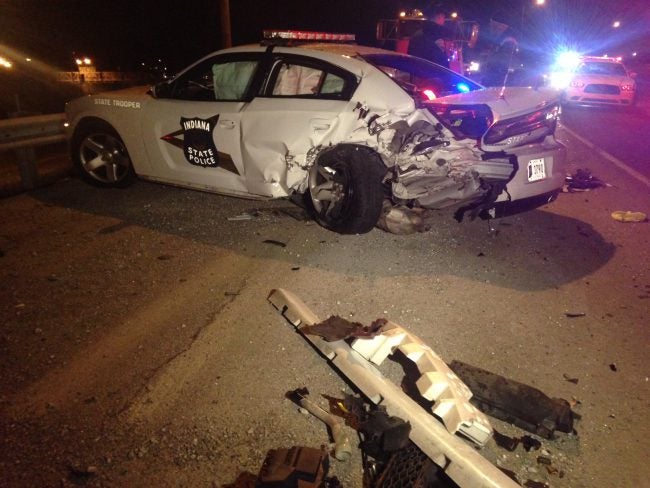 INDIANAPOLIS (WISH) — Police believe a drunk driver may be the cause of an early morning crash involving a state trooper.

It happened around 4 a.m. Sunday on northbound Interstate 65 near 30th Street.

According to ISP, a speeding car missed a curve in the road and slammed into a guard rail.

Police say the driver of the car ran from the scene on foot carrying a case of beer.

The passenger in the vehicle was taken to the hospital in critical condition.

Police believe the suspect was intoxicated.

When an ISP trooper arrived at the scene to investigate, another vehicle crashed into the trooper’s car.

The trooper was not hurt, but the driver of the other car was transported to the hospital

Police believe the second driver was driving impaired as well.