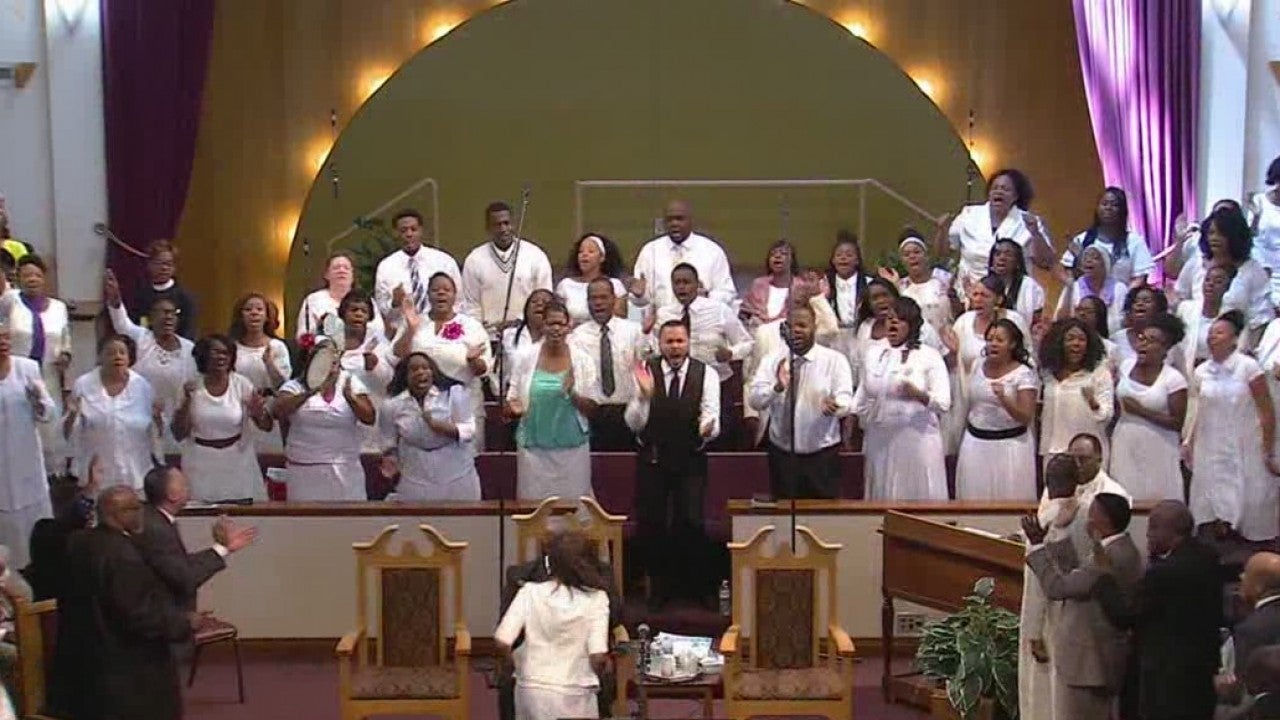 INDIANAPOLIS (WISH) — About 1,000 people gathered Friday at Grace Apostolic Church for the funeral of 40-year-old Glenn Coleman and his children, Reece, 9; Evan, 7; and Arya, 1.

The four family members were killed July 19 near Branson, Missouri, when an amphibious vehicle they were in sank in storm on a lake. Five other Coleman family members lost their lives in the duck boat tragedy; only mother Tia Coleman and nephew Donovan Coleman (13) survived.

Many at the ceremony wore white instead of the traditional black. Visitors said they wore white at Tia Coleman’s request as white and gold are the family’s colors. Another said the colors represent innocence lost.

The caskets were also trimmed in white and gold, with the father, two sons and daughter dressed in white. Flowers and teddy bears filled the spaces between the caskets, all marked with the phrase “G.R.E.A.T. Colemans,” an acryonym for Glenn, Reece, Evan, Arya and Tia Coleman.

Many of the speakers addressed Tia directly.

“Tia, I cannot promise you how where or when but I am confident that you will dance again,” said Nicole Young Starks, master of ceremonies for the funeral and a former youth pastor for the Coleman family.

U.S. Rep. Andre Carson, a Democrat from Indianapolis, said “You have a support system not only in your church family, the prosecutor’s family, the congressional family, but the entire family of Hoosiers and folks from allover the country who love you and appreciate you.”

“She said, ‘Pastor, we want to have some church,’ and so I say to God, ‘It’s time to have some church,'” said Bishop G. Victor Morrisey of God’s Love Christian Church before delivering a sermon on the love of God and God’s plan for the Coleman family.

After one of the Agape Apostolic Faith Choir’s performances, the congregation continued dancing and singing, extending the song and music. Several took of their shoes and danced in the pews. Tia joined in the singing and dancing as well, surrounded by her family members.

“Today, we have not lost. Only heaven has gained,” said Weatheread, visiting from Corinth, Texas. “We have not lost anything. You don’t lose something when you know where it’s at.”

Near the conclusion of the funeral, several family videos played. Attendees watched one of the young Coleman boys sing nursery songs including “”Twinkle, Twinkle, Little Star,” “”If You’re Happy and You Know It,” and “One, Two, I Love You.” His songs concluded with the lyric: “Goodbye, see you later, don’t be sad.”

A GoFund Me account to help with the Coleman family’s expenses has raised more than $700,000.

Visitation services for Ervin, Horace, Belinda, Angela and Maxwell Coleman are set to start at 8 a.m. on Saturday, with memorial services at noon at the Eastern Star Church at 5805 Cooper Road. You can also support those members of the Coleman family here.

Below is video of The Agape Apostolic Faith Choir performing at the celebration of life for four members of the Coleman family. App users can click here to find it online.