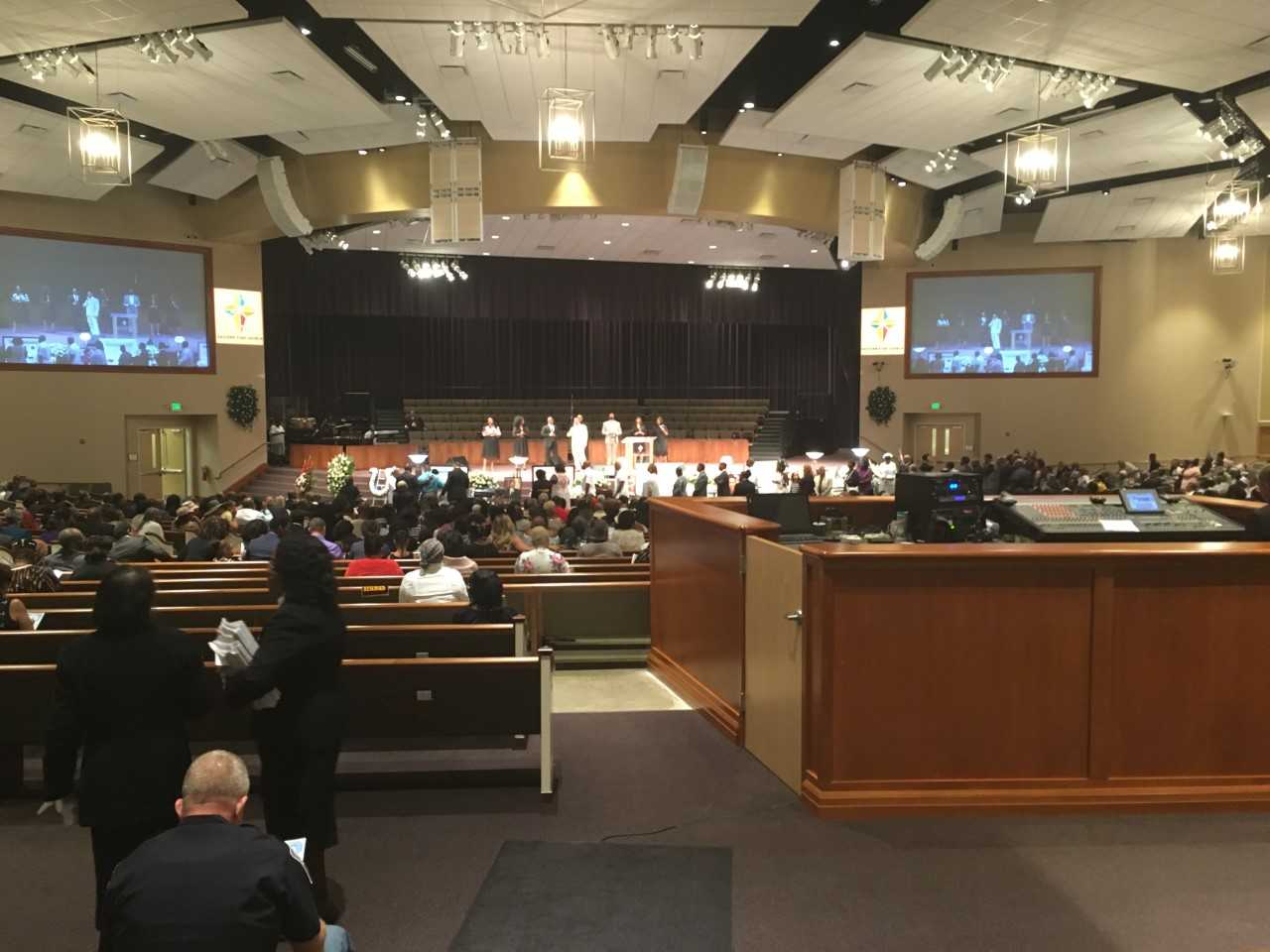 INDIANAPOLIS (WISH) — Visitation and funeral services were held Saturday at Eastern Star Church for five members of an Indianapolis family killed in a duck boat accident in Missouri.

The service marked the end of a weekslong nightmare since the boat accident and the beginning of the next chapter for the Colemans, as what’s left of their family begins the difficult journey of moving forward.

About 1,000 people gathered for the celebration of life of the husband and three children of Tia Coleman, who survived the duck boat accident: 40-year-old Glenn; Reece, 9; Evan, 7; and Arya, 1.

Through song, dance and prayer, the other five family members who died were remembered in a two-hour service.

The service had an uplifting tone, filled with love.

“People all over the world didn’t know the family,” said Pastor Thomas Hill with The Streams Church. “But they felt the family.”

Hundreds packed inside Eastern Star Church to say their final farewells to:

“Where was God when these people died?” said Pastor Jeffrey Johnson Jr. of Eastern Star Church. “The book of Job teaches us bad things can happen to good people. These family members have not been lost. To be absent from the body is to be present with the Lord.”

From community members to political leaders, hundreds came together on Saturday to share love and support the family.

“Ladies and gentlemen, I stand before every single one of you and confess that I, too, struggled to find the words. I was searching for my own words and not his,” said Indiana Gov. Eric Holcomb. “The Coleman family continues to get bigger. Like 6.6 million Hoosiers bigger and millions of more Americans bigger.”

The common thread woven throughout Saturday’s ceremony was: Life is not fair, but God is still good.

“31 people went on a boat. 17 lost their lives. But one family, 9 were taken out,” said Bishop William Harris of Victory Temple Apostolic Church. “I say to you, God is good. We cannot blame God for everything that happens in life. It wasn’t their fault. But God allowed it to happen for a reason — that all of us understand one thing: We all must go, sooner or later.”

The Coleman family included a statement to those in attendance on the back of a program given out at the service:

Mere words could never begin to express our gratitude for the outpouring of prayers, warm thoughts, kind deeds and mere presence from around the world. Whatever you have done to console and sustain us, we sincerely THANK YOU.

A GoFund Me account to help with the Coleman family’s expenses has raised more than $700,000.