DUI suspect to deputy: ‘Even if I was sober, I could not perform this test’ 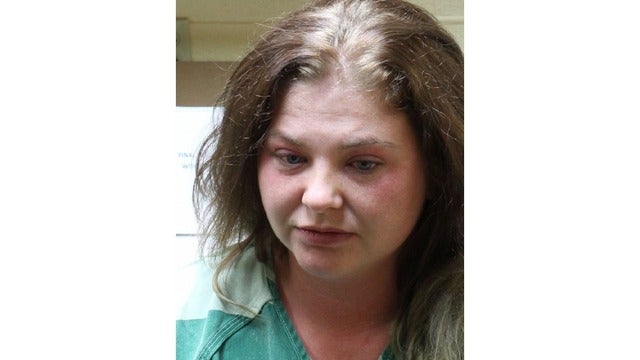 CARTER COUNTY, Tenn. (WJHL) – The suspect of a single-vehicle DUI crash in Carter County told the deputy conducting a field sobriety test on her “even if I was sober I could not perform this test”.

According to a release from the Carter County Sheriff’s Office, a deputy responded to the 500 block of Cripple Creek Loop after a single-car crash Tuesday night.

Amanda Barrett told the deputy she wasn’t sure how she got in the ditch. While she was gathering her information, the deputy noticed damage to the highway around 300 yards away and a trail of debris that lead to Barrett’s location.

The deputy conducted several field sobriety tests on Barrett in which she performed poorly due to not following instructions.

When the deputy tried to place Barrett under arrest, she told him not to touch her several times. She then asked for the deputy to give her a few minutes.

After failing to follow commands, the deputy grabbed her wrists in order to arrest her. Barrett became combative and started kicking and screaming.

Five more officers arrived at the scene from both the Elizabethton Police Department and the Carter County Sheriff’s Office to assist in the arrest. Barrett continued to fight, kick and scream while they put her in the back of patrol car.

While in the car, Barrett kicked the side window until it made a cracking sound.

An officer told her stop kicking the window. Barrett then did a back flip in the back of the patrol car and kicked the officer on the top and front of his head.

That officer suffered cuts from those kicks.

Barrett was taken to the Carter County Detention Center where she continued to kick and scream at deputies inside the jail.

She is charged with DUI, implied consent, order of protection violation, resisting arrest, assault on an officer and vandalism of a police cruiser.