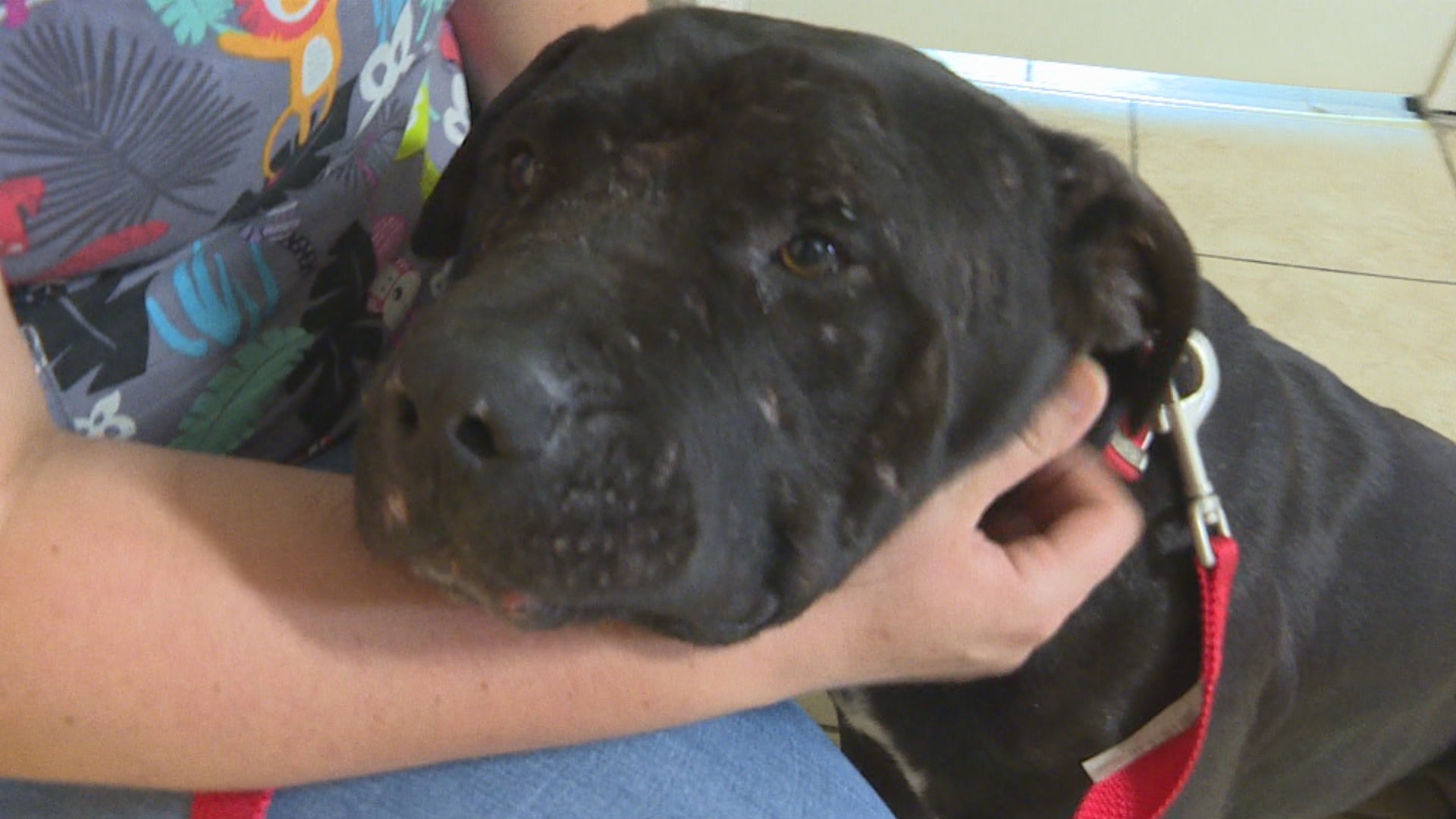 INDIANAPOLIS (WISH) — A dog named King is recovering at Rosie’s Southside Animal Shelter after someone in a truck dumped it and left it in the woods.

A shelter representative was unsure when or how long King was left outside because a good Samaritan found him and took him to Indianapolis Animal Care Services.

The dog, believed to be around 2 years old, found with swelling and scrapes on his face and body.

“We found out that he had been taken to animal control, so then we took it upon ourselves to go out there and meet him,” said Meagan Warmoth, manager at Rosie’s.

She said she believes King’s condition could have become much worse if he was not found.

“He just seemed really really sad. Kind of look defeated. Didn’t really lift his head up too much when we talked to him,” Warmoth said Friday. “He’s definitely feeling a little better today. His spirits seem a little higher, but, other than that, he didn’t show anything but defeat.”

Warmoth said it will be at least a month before King is recovered, but she hopes the driver is caught soon.

“Leaving a dog in this kind of weather with those kind of wounds is not a good thing. It’s pretty cruel. I hope that people can really, really take animal lives seriously. It’s no joke. They’re a living being as well. There’s a lot of people in the world that’s fighting really hard to keep animals alive, and, unfortunately, we have some people that are discarding animals,” Warmoth said.

News 8 reached out to the good Samaritan and Animal Care Service for more details, but neither responded.