E-cigarette tax could become a reality in Indiana 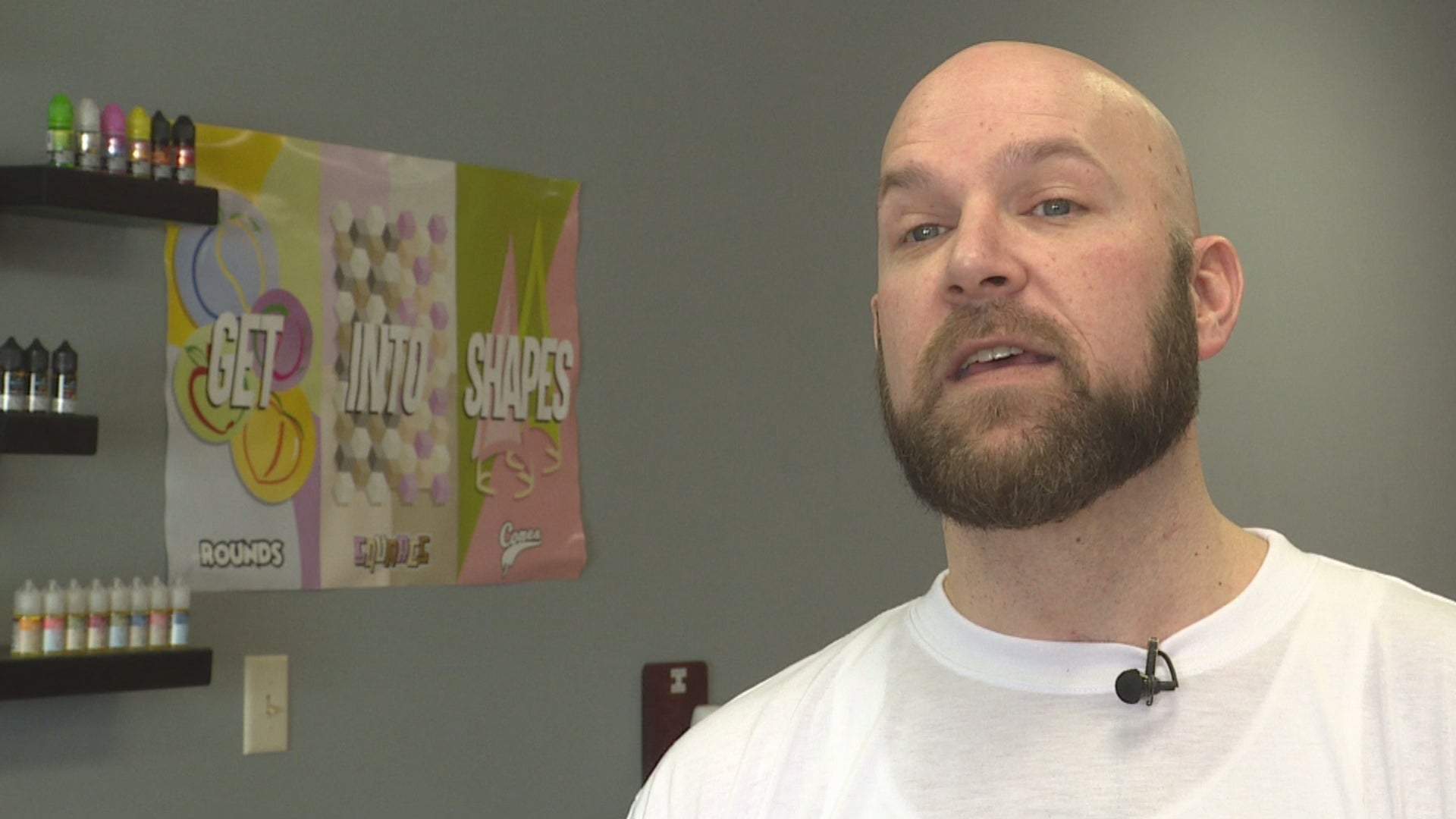 INDIANAPOLIS (WISH)- Calls for higher taxes on e-cigarettes has some people who vape feeling like they could get burned.

The proposal already passed the Indiana House, and is now making its way through the Senate.

A state lawmaker wants to implement a four-cent tax per milliliter of e-cigarette liquid.

All that extra tax money would go into Indiana’s general fund.

“It is hurtful to businesses like mine, who are trying to help individuals quit smoking,” said Mason Odle, the owner of Just Vapor stores.

Odle used to be a smoker. Now, he owns the Just Vapor shops in Indianapolis and Fishers.

Odle is so oppposed to the proposal that he has cards in his store that urge people to text a number and voice their opinion on the bill.

To Odle, that four cents would add up fast.

“I believe that the states are looking for other ways to drive revenue and taxes,” Odle explained Tuesday. “They did not get their revenues from the tobacco taxes, (tobacco revenue) has decreased over the years.”

Tuesday, Indiana’s Chamber of Commerce updated their position on this bill, among others saying they support the measure in part.

In a statement, a representative with the Indiana Chamber of Commerce said:

“E-cigarettes and other e-liquid products have become prevalent in use and should be taxed on par with traditional cigarettes. While we are supportive of the general effort, not nearly enough taxation will be placed on the purchase of Juul pods, which is what is driving teenage e-cigarette usage and accounts for the majority of e-cigarette-related sales.”

“The amount of tax in comparison to an individual who uses a Juul product; 2.8 mL of liquid in one of those containers, is 12 cents tax,” Odle explained. “Versus a 60 mL bottle that I sell is a $2.40 tax. That’s a big discrepancy.”

Shadi Khoury is the founder of Indy E Cigs, a chain of 11 vapor shops and a distribution company located in Indiana.  Khoury is also a co-owner of Sugar Creek Bottling Co, which is a licensed e-liquid manufacturer in Indiana.

In a statement Tuesday, Khoury said:

“HB 1444 is a worrisome tax for the following reasons.  Firstly, the tax inhibits small business growth. Being that we are a small business located in Indiana, a tax of .04 per milliliter will cause our average product to be taxed at $2.40 (60ml) and this tax is to be paid at the manufacturing/wholesale level.  The way the bill is currently written will be financially burdensome on small business in the state. Additionally the way the tax is to be collected will be challenging and inefficient as well as putting an undue financial hardship on business owners due to the collection methodology.  Secondly .04 per milliliter is not fair.  Industry leading products that come in pods are going to be taxed at approximately .10 per 4 pack of pods, whereas our 60ml product with comparable nicotine levels will be taxed at $2.40 which is about 24 times higher.  It simply isn’t fair.”

Khoury also said Tuesday via statement, he believes vapor products should be taxed as a product they are most similar to.

“Lately there has been a lot of press that vaping is a leading way to help cigarette smokes kick the habit.  So why are we going to put a hefty tax on it? Why not tax it similarly to the way we tax nicotine gum, the patch, or lozenges?  We should not be focusing on ways to curb adults from switching from tobacco to vaping. Ultimately, if our product is going to be taxed, we want it to be fair.  We don’t want to put huge burdens on small business owners throughout the state, while giving large out of state corporations an advantage in our home state.  We look forward to continuing our discussion with lawmakers in Indiana in hopes of coming to an agreement on fair policy.”