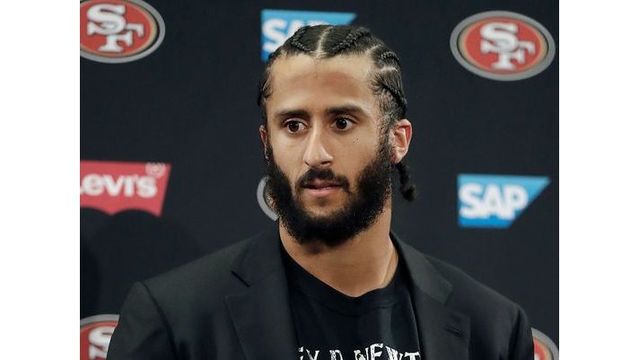 Big Sean referenced the former 49er in his verse on YG’s “Big Bank,” which includes the lyric “Feed me to the wolves now I lead the pack and s—. / You boys all cap, I’m more Colin Kaepernick.”

The game’s version of the song doesn’t include a Kaepernick shout out.

ESPN’s Darren Rovell obtained a statement from the company explaining what happened:

“We made an unfortunate mistake with our Madden NFL soundtrack. Members of our team misunderstood the fact that while we don’t have rights to include Colin Kaepernick in the game, this doesn’t affect soundtracks. We messed up, and the edit should never have happened. We will make I right, with a update to Madden NFL 19 on August 6 that will include the reference again. We meant no disrespect, and we apologize to Colin, to YG and Big Sean, to the NFL, to all of their fans and our players for this mistake.”

Now the NFL has made it clear that Kaepernick— who’s tied up in a legal battle with the league, isn’t welcome.

He first took a knee during the national anthem back in 2016 when he was with the 49ers to protest police brutality.

He’s been sidelined since 2017 following his release in San Francisco.