East side barber thinks more streetlights can drive out the darkness 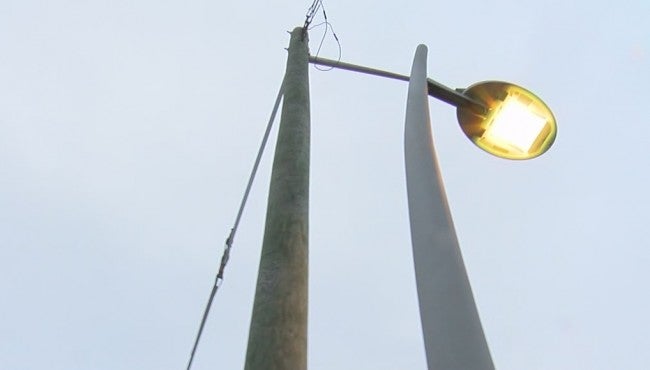 Never one to bite his tongue, Cole has been vocal about the escalating crime in his neighborhood — and about the city’s 2016 homicide numbers.

“Man, we got to hurry up; we just got to work harder,” Cole said.

On any given day, you can find him chopping away someone’s hair from his barber chair, and when he steps outside, he’s illuminated by the city’s streetlights. He says he wants more.

Earlier this year, Mayor Joe Hogsett revealed a plan that would give criminals fewer opportunities to hide in darkness while committing crimes.

Hogsett ended a more-than-30-year moratorium on streetlights, developing a plan to add 4,000 new streetlights starting in the summer of 2018.

Cole would like his neighborhood to have those lights sooner.

“Bring on the lights, put up many lights. I want 10th Street so bright that you will think it is Christmas every day,” Cole said.

Stretches of the 10th and Rural area have lights.

However, Cole adds, it’s the side streets and alleys that are in need of some illumination. He said he’s even had to chase off some people hiding in the darkness and committing illegal acts.

“You find johns meeting up with a lot of the local prostitutes; they are doing their thing in the dark alleys,” said Cole.

Cole doesn’t believe more lights will necessarily slow the city’s homicide rate, but he sees it as a way to drive out darkness: “You add more lights, a lot of the negativity in the neighborhoods will be exposed.”

Those wanting streetlights added to their neighborhood can make a request by calling the Mayor’s Action Center at 317-327-4MAC.