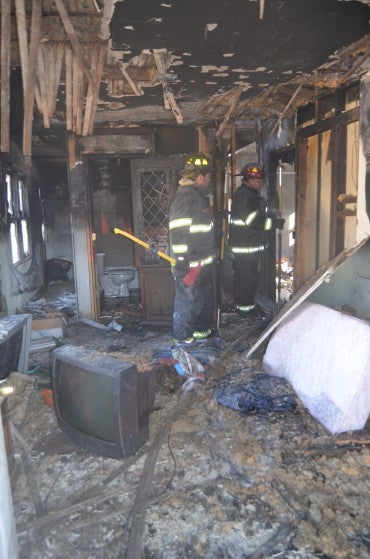 INDIANAPOLIS (WISH) – Three people are left without a home after a fire on the east side of Indianapolis Sunday afternoon.

Firefighters responded to the 1600 block of Asbury Street around 3 p.m. after a caller reported his mattress was on fire.

Officials say the man tried to extinguish the flames, but the fire quickly grew out of control. He and two other people then evacuated the home.

The fire was brought under control in about 12 minutes. One man in the home was slightly hurt and was transported to Sidney & Lois Eskenazi Hospital to be checked out.

The exact cause of the fire is under investigation but the people inside the home believe an unattended open oxygen tube may have caught fire from possible discarded smoking materials or from being too close to a space heater in the bedroom.

Firefighters say there were no working smoke detectors in the home. Damages have been estimated at $40,000.