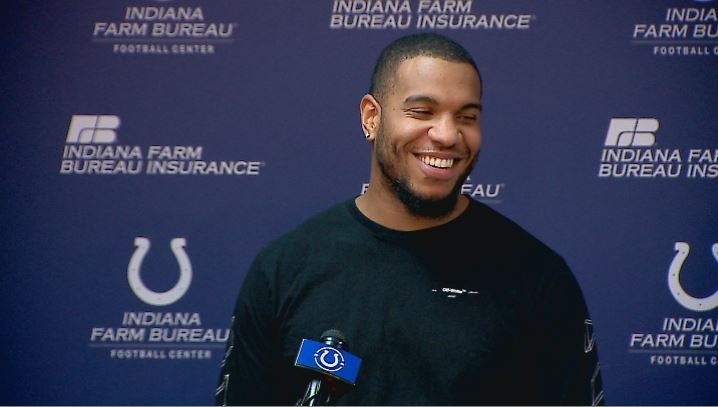 INDIANAPOLIS (WISH) – Indianapolis Colts tight end Eric Ebron is coming off a career season. In 2018, Ebron broke the franchise record for most touchdowns scored by a tight end in a single season with 14. Ebron still feels he has unfinished business.

“I believe Gronk (Rob Gronkowski) still holds the record for the most touchdowns, which is 17. So if I want to do anything that is going to be real spectacular or anything that is going to be really good, I’ve got to go get 17. And if I go get 17, then what do I do? I help my team win games. I did that, proved that and I feel like if I’m at my best then I feel like this team will be at their best,” said Ebron.

In order for the tight end to be at his best, Ebron had to sacrifice a love in his life.

“The first part was laying off the Honeybuns, ya know? It’s done, man. Nah, bro. Stop bringing it up,” joked Ebron.

When you ask Ebron if he’s thinking about 2019 as his contract year, the always-confident Pro-Bowler stays on brand.

“I know if I duplicate what I did last year, we’re gonna be alright, ya know? Might send my kids to private school. I can do whatever I want to,” said Ebron.

After only one year in Indianapolis, Ebron has already emerged as a leader. It’s a role he felt obligated to fill.

“I think after we started off 1-5, and I kinda was just like, if we don’t do something, you know, it’s gotta be me,” Ebron said. “I’ve always told myself I’m not a leader, I’m just a playmaker, and I just felt like me going out there, making plays, they can all thrive off that. And just go out there and grasp it and feel my energy and want to do what I’m doing.”

If Ebron keeps doing what he’s doing, the Horseshoe is in for a real treat.