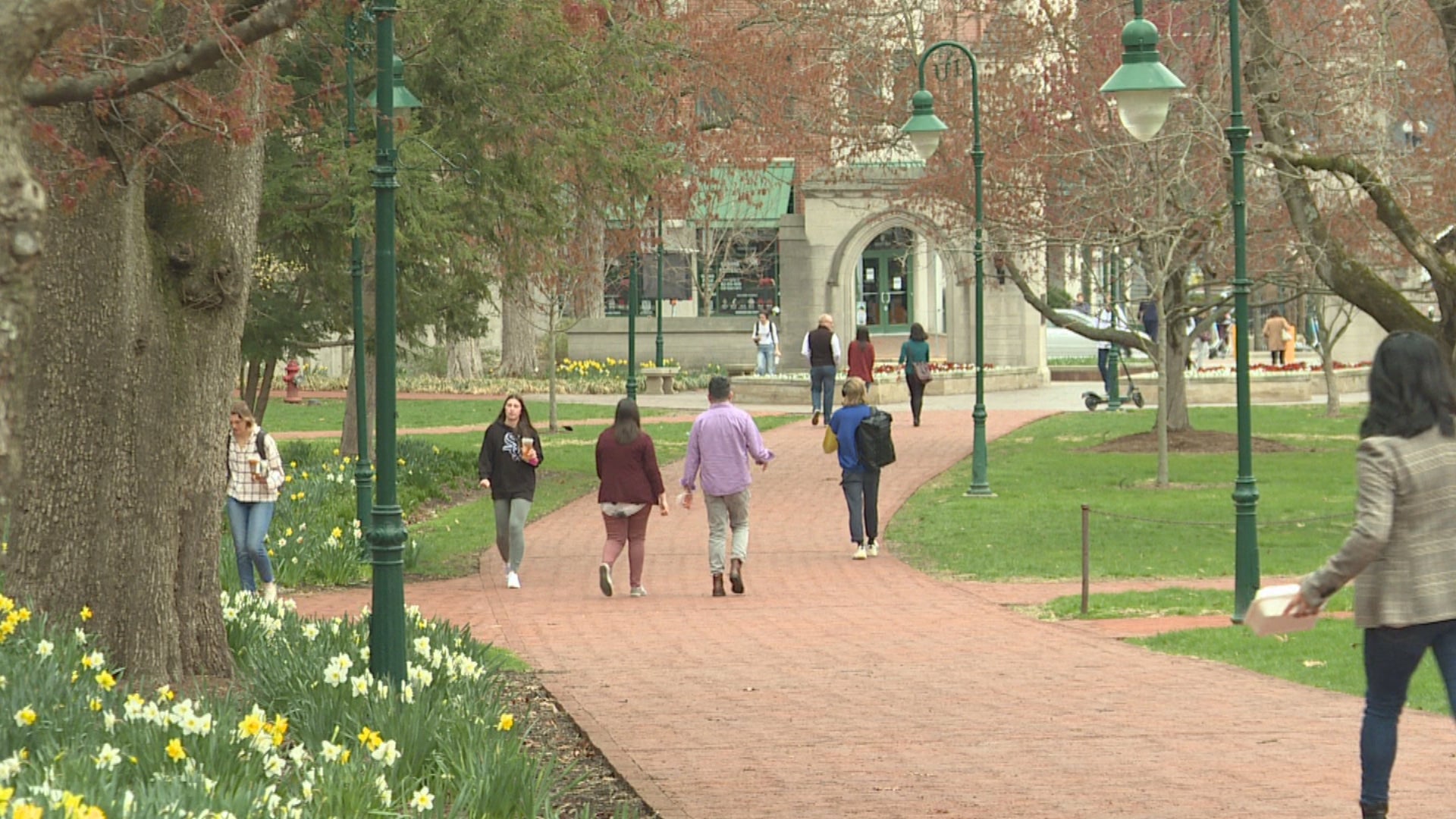 (AP) — A libertarian group in California filed a legal challenge to President Joe Biden’s plan for student debt cancellation on Tuesday, calling it an illegal overreach that would increase state tax burdens for some Americans who get their debt forgiven.

The lawsuit, believed to be the first targeting Biden’s plan, was filed by the Pacific Legal Foundation, a Sacramento legal advocacy group. It was filed in federal court in Indianapolis, one of several states that plan to tax any student debt canceled by Biden’s plan.

The suit’s plaintiff is Frank Garrison, described as a public interest attorney who lives in Indiana and is employed by the libertarian group.

Garrison is on track to get his student debt erased through a separate federal program for public servants. Although most borrowers will need to apply for Biden’s plan, Garrison and many others in that program will automatically get the relief because the Education Department has their income information on file.

Biden’s plan would automatically cancel up to $20,000 of Garrison’s debt, which in turn would trigger an “immediate tax liability” from the state of Indiana, according to the suit. Under the debt forgiveness program he’s enrolled in now, canceled debt cannot be taxed.

“Mr. Garrison and millions of others similarly situated in the six relevant states will receive no additional benefit from the cancellation — just a one-time additional penalty,” the suit argues.

Any student debt forgiven under Biden’s plan would also be subject to state taxes in Arkansas, California, Minnesota, Mississippi, North Carolina and Wisconsin, unless lawmakers in those states change their current laws.

Asked about the suit, White House press secretary Karine Jean-Pierre said anyone will be able to opt out of the cancellation. She did not explain how that would work — the White House previously said roughly 8 million Americans would automatically get the debt relief without applying.

“The bottom line is this — no one who does not want debt relief will have to get that debt relief,” Jean-Pierre said at a press briefing.

A separate statement from the White House called the lawsuit “baseless,” saying opponents “are trying anything they can to stop this program that will provide needed relief to working families.”

The Pacific Legal Foundation is a legal group that promotes individual liberties and the separation of powers. It was formed in the 1970s by staff members under Ronald Reagan when he was governor of California. The group says it has argued before the U.S. Supreme Court 16 times, prevailing in 14 cases.

Biden’s plan promises to cancel $10,000 in federal student debt for borrowers with incomes of less than $125,000 per year or households making less than $250,000. Those who received federal Pell Grants to attend college would get an additional $10,000 erased.

An application to receive the benefit is expected by early October.

Conservative groups have been threatening to challenge debt cancellation since Biden first aired the idea, saying it’s legally questionable and unfairly cancels student debt at the expense of Americans who didn’t attend college. One of the main challenges has been finding someone who faces personal harm as a result of Biden’s plan, giving them legal standing to sue.

The Biden administration has repeatedly argued that the plan is on solid legal ground.

In its legal justification for debt cancellation, the Biden administration invoked the HEROES Act of 2003, which aimed to provide help to members of the military. The law gives the administration “sweeping authority” to reduce or eliminate student debt during a national emergency, the Justice Department said in an August legal opinion.

Education Secretary Miguel Cardona has said he has the legal authority to cancel debt for people who faced hardship during the pandemic. Cardona says Biden’s plan will ensure borrowers aren’t worse off after the pandemic than they were before.

The suit challenges that rationale, saying Garrison and others will see their debt burdens increase as a result of Biden’s plan. It also contends that the plan doesn’t meet the requirements of the 2003 law, arguing that the problem of high student debt is not a “direct result” of the pandemic.

“Nothing about loan cancellation is lawful or appropriate,” the suit alleges. “In an end-run around Congress, the administration threatens to enact a profound and transformational policy that will have untold economic impacts.”

The legality of mass student debt cancellation has stirred debate since it became a popular idea among Democrats in recent years. After being elected, Biden himself questioned whether he had the authority to cancel debt without Congress, asking the Justice Department to study the question.

The Trump administration took steps to block broad debt cancellation during its final weeks in office, issuing an Education Department memo concluding that the secretary lacked the authority to provide such relief.

The lawsuit asks the court to overturn Biden’s plan and to temporarily halt it while legal questions are resolved.

The Associated Press education team receives support from the Carnegie Corporation of New York. The AP is solely responsible for all content.