State Board of Education want to streamline Indiana Academic Standards 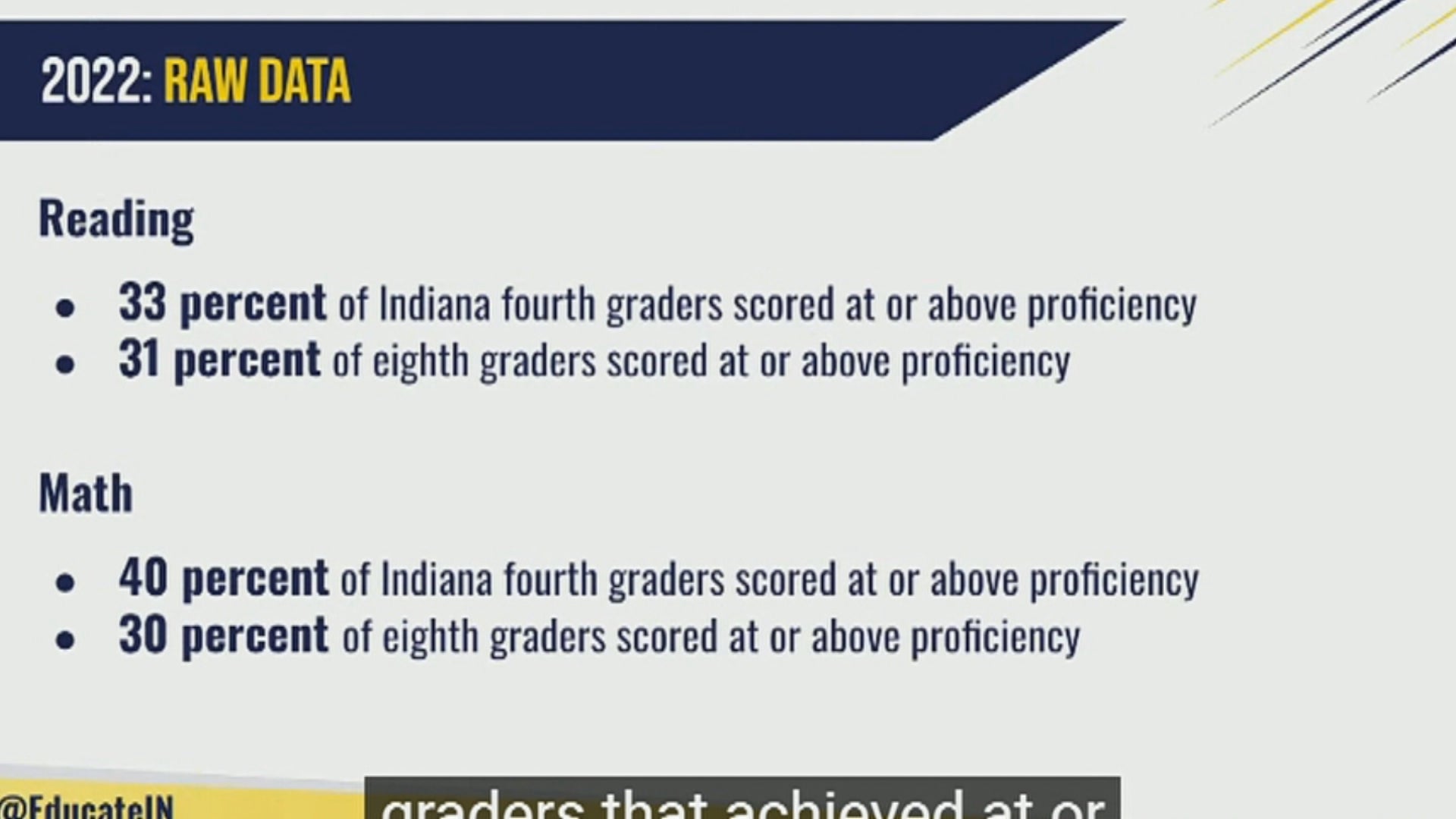 Known as the “Nation’s Report Card,” on education, the National Assessment of Educational Progress (NAEP) Progress provides the only academic comparable data point the country has from state to state and within U.S. territories. It measures overall performance for key student populations, the change of that over time and the differences between the nation, states and urban districts.

Chief Academic Officer, Dr. Charity Flores held a presentation on the NAEP data and what it means for Indiana.

“We can look at this data and think through different policy initiatives that may have been undertaken at different points in time and most recently it also allows for us to reflect on the academic impact that we also observed with ILEARN and IREAD 3 results,” Dr. Flores said.

The raw data showed that:

Indiana was 1 of 17 states that performed significantly higher than the national average for 4th grade math.

Indiana was 1 of 30 states whose performance was not significantly different than the national average for 8th grade math.

“Indiana is typically above national average in reading and math. We are still above national average in math. Reading, that gap is closing, but looking into what Dr. Flores pointed out from 2011 to 2013 that’s when we saw the gap widen in the state and you can see that gap narrowing specifically between 2017 and 2019. You see a significant narrowing where the nation went up and Indiana went down. We all know the impacts of COVID, so many times people talk about it’s all caused by COVID, it’s all caused by the pandemic and that’s just not a completely accurate narrative,” said State Secretary of Education, Dr. Jenner.

She said as a state they were seeing some downward trends prior to.

“In 4th grade math, Indiana is ranked 8th in the nation when you look at states only and not territories, but the caveat is you can’t look at that 8th just at the surface because of the statistical significance. While we might be 8th, we’re about the same as those 16 other states. So one point away, and it’s the same,” Dr. Jenner said.

Comparable to the ILEARN and IREAD-3 state assessments, overall proficiency for specific student populations (Black, Hispanic, and students who received free or reduced meals) remains low in both reading and math and requires intentional, targeted support.

That’s when they transitioned to speaking about an update on House Enrolled Act (HEA) 1251.

HEA called upon the Indiana Department of Education to identify the key skills and traits necessary for students to be successful after high school graduation. As a result, IDOE launched a comprehensive research effort.

Indiana’s Academic Standards are designed to help educators, parents, students and community members understand what students need to know and be able to do at each grade level, and within each content strand in order to exit high school college and career ready. While the standards have identified the academic content or skills that Indiana students need to be prepared for both college and career, they are not an exhaustive list. How each standard is taught in curriculum is determined at the local level.

The department wants to begin the process of streamlining Indiana’s Academic Standards to focus on the essential knowledge and skills while promoting a rigorous learning environment.