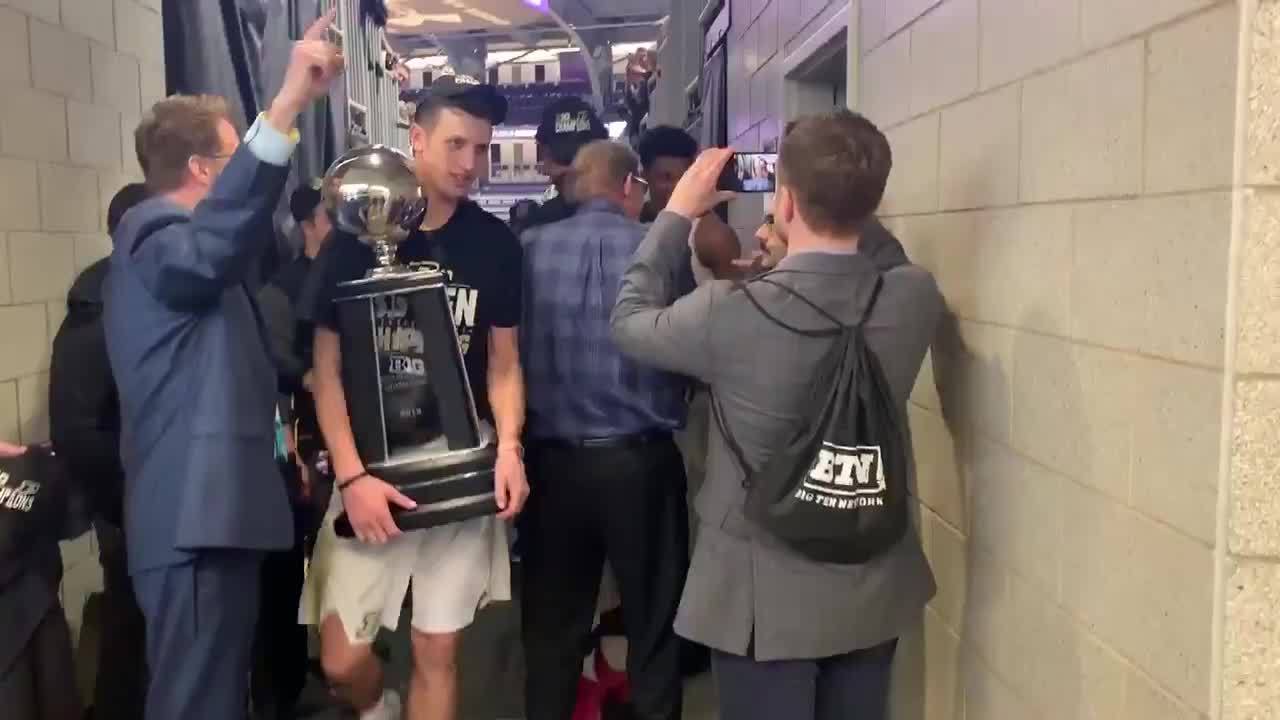 EVANSTON, Ill. (AP) — Carsen Edwards scored 21 points and No. 11 Purdue clinched a share of the Big Ten regular-season championship with a 70-57 victory over Northwestern on Saturday.

The Boilermakers (23-8, 16-4) secured the No. 2 seed in the conference tournament in Chicago and a share of their second regular-season title in three years. They came in tied with Michigan State and Michigan, who played each other on Saturday night.

Edwards, the Big Ten’s leading scorer, made just 6 of 18 shots. Nojel Eastern scored a career-high 15 points, and the Boilermakers bounced back from a loss at Minnesota on Tuesday to win for the 14th time in 16 games.

Northwestern’s Vic Law scored 13 before getting carried off the court with an apparent leg injury in the second half.

The senior collided with Edwards as he popped toward the top of the key near the Wildcats’ basket. Law appeared to be clutching his right leg and pounded the court in pain. He was tended to for several minutes before being carried off the court as the crowd gave him a loud ovation.

Purdue had trouble putting this one away after building a 15-point lead in the second half. Northwestern got within 63-55 with 4:10 remaining on back-to-back 3’s by Turner.

But Edwards answered with a 3 and Eastern hit two free throws to make it a 13-point game.

Purdue scored 10 straight to extend its lead to 32-20 late in the first half, capping the run by making four free throws with 1:50 remaining. Pardon got called for a foul guarding Ryan Cline on the perimeter, and Northwestern coach Chris Collins picked up a technical after saying something to an official. That led to two free throws each for Edwards and Cline, making it 32-20.

Edwards scored 11 as the Boilermakers grabbed a 33-25 halftime lead.

Purdue: The Boilermakers bounced back from a loss at Minnesota and got the win despite some difficulties in the early going.

Northwestern: As if the Wildcats needed more bad news this season, they might have to get by without their leading scorer after Law was carried off the court. He came in averaging 15.1 points. Law missed the 2015-16 season because of a torn labrum in his left shoulder.

Purdue: Plays Friday in the Big Ten Tournament in Chicago.