Arizona Democrat Mark Kelly will win reelection to US Senate 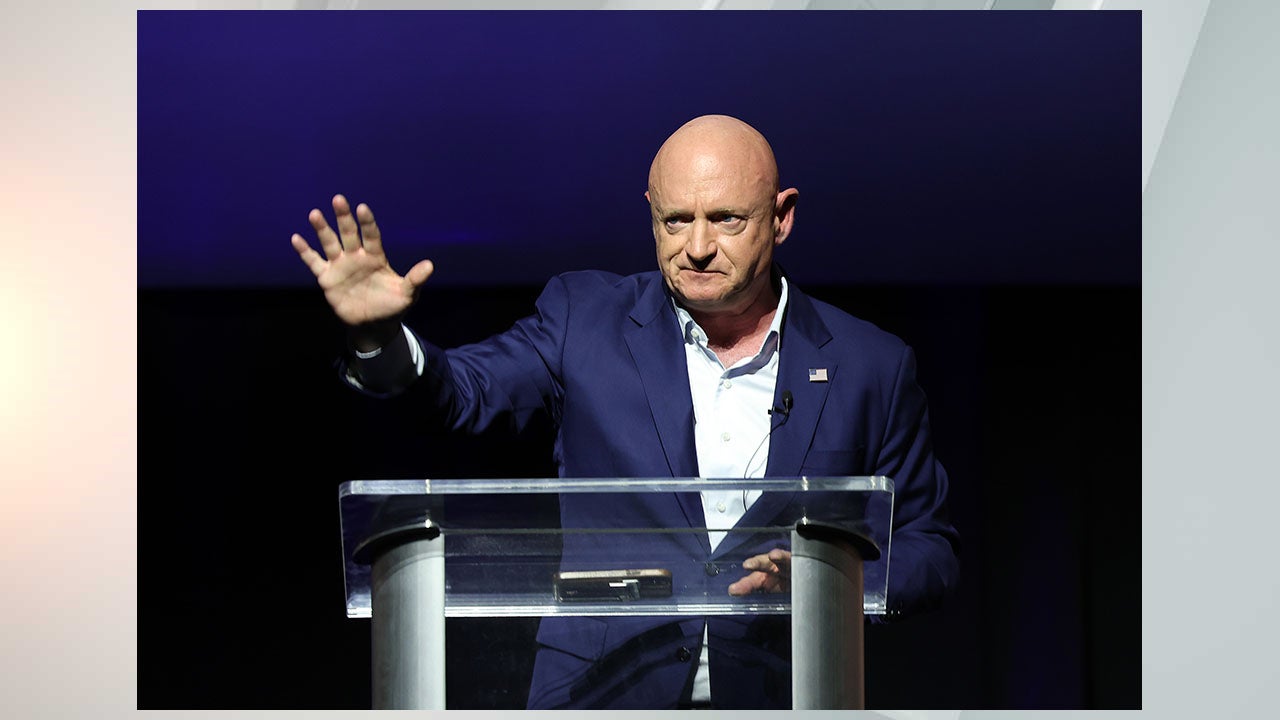 (CNN) — Arizona Democratic Sen. Mark Kelly will win a full six-year term, CNN projects, defeating Republican Blake Masters, a venture capitalist who was backed by former President Donald Trump and had repeated some of his falsehoods about the 2020 election.

The win by Kelly, who was elected in 2020 to fill the term of the late GOP Sen. John McCain, is a critical victory that edges Democrats one step closer to their goal of maintaining control of the U.S. Senate, which would be a stunning feat given the low approval ratings of President Joe Biden and the unfavorable economic climate that seemed to be driving momentum toward the GOP.

With Kelly’s win in Arizona, Democrats will hold 49 seats and Republicans will hold 49. With the Arizona seat in their column, Democrats would need to notch just one more seat to hold the majority in the upper chamber, following their pickup in Pennsylvania where Lt. Gov. John Fetterman, a Democrat, defeated Trump-backed Mehmet Oz in the contest to replace retiring Republican Sen. Pat Toomey.

Both parties are still eyeing an incredibly close race in Nevada where Democrat Catherine Cortez Masto is trying to fend off a challenge from Republican Adam Laxalt, the state’s former attorney general. Democrats are also defending a seat in Georgia, where Democratic Sen. Raphael Warnock and Republican Herschel Walker are headed to a Dec. 6 runoff, CNN projects.

Control of the U.S. House still hangs in the balance, but it is clear that even if Republicans win a majority, it will be a far more slender advantage than GOP leaders had hoped.

Kelly entered the 2022 cycle well positioned to withstand the headwinds facing Democrats — even in a purple state like Arizona that Joe Biden narrowly won — because of his formidable fundraising and unique personal brand as a retired astronaut, a Navy veteran and the husband of former Rep. Gabby Giffords.

As the votes were counted in Arizona, Masters’ campaign team had hoped that an unusually large tranche of mail-in ballots that were dropped off at polling locations on Election Day would favor Republicans. Those ballots in Maricopa County, the state’s most populous, took longer to count than those cast in person on Tuesday because officials had to verify signatures on the ballot envelopes.

In a call with reporters on Friday afternoon, Masters campaign advisers argued that Masters had a path to victory. “We always knew it was going to be a close race,” one campaign officials said. “Smart observers looking at this race know it is entirely too close to call. It’s probably going to come down to 10,000 votes either way. And we feel good, we have a path.”

But ultimately as the tallies continued, Kelly opened a lead that Masters could not overcome.

Earlier in the race, Masters, a first-time candidate, was able to navigate the GOP primary gauntlet with significant financial backing from conservative tech billionaire Peter Thiel, his former boss. He appealed to Republicans by promising to prioritize immigration issues, but also by echoing Trump’s lies about the 2020 election. In one campaign video released last year, he said he believed Trump won.

Masters then appeared to modulate his tone about the 2020 election results as well as the conservative stances he had sought out during the primary on abortion, in what initially seemed like an effort to appeal to broader swath of the Arizona electorate.

Though Republicans comprise a plurality in Arizona, independents make up about a third of the electorate and often sway close elections.

After his primary victory in August, Masters scrubbed his website of language that included the false claim that the election was stolen. Under questioning from the moderator during a debate with Kelly, Masters conceded that he had not seen evidence of fraud in the 2020 vote counting or election results in a way that would have changed the outcome. In that debate and on the trail, Kelly had argued that the “wheels” could “come off our democracy” if election deniers like Masters were elected.

But Masters seemed to reverse course after receiving a phone call from Trump urging him to “go stronger” on election denialism, a conversation that was captured in a Fox documentary. In the final week of the campaign, Masters told CNN’s Kyung Lah he didn’t believe moderates were bothered by his comments about the 2020 election, insisting that voters were far more focused on their concerns about inflation, crime and the border.

Throughout the campaign, Kelly portrayed Masters as an extremist, who would jeopardize abortion rights, as well as Social Security and Medicare. In a state where lawmakers passed a new ban on abortion at 15 weeks earlier this year — and where there are legal efforts underway to ban abortion in almost all cases — Kelly’s campaign kept a relentless focus on Masters’ anti-abortion stances.

Masters had said he would support a national ban on abortion after 15 weeks, a proposal that was advanced by South Carolina Republican Sen. Lindsey Graham. That bill includes exceptions for rape, incest and to protect the life of the mother.