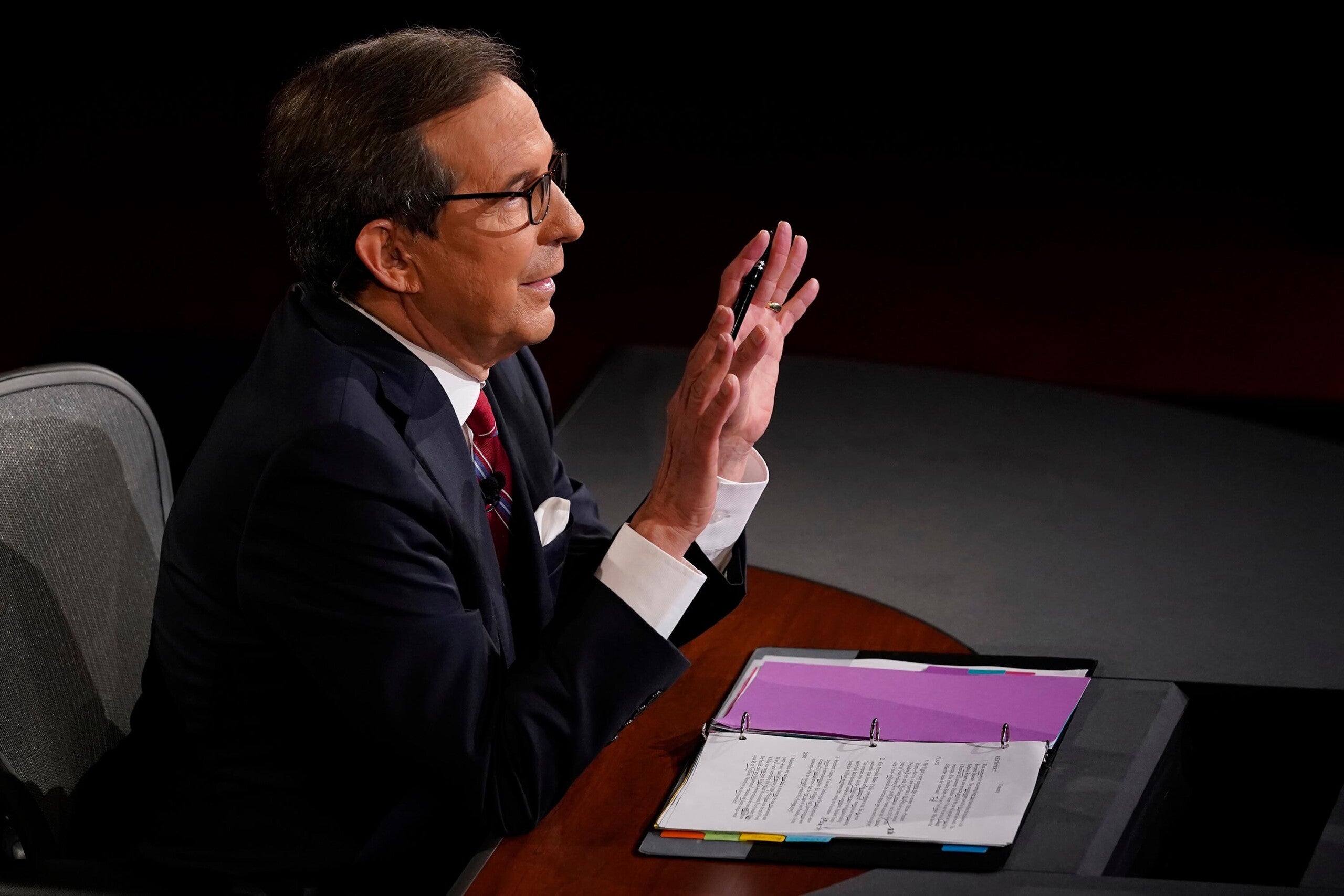 (CNN) — Chris Wallace, the Fox News anchor who moderated Tuesday’s debate, is placing the bulk of the blame on President Donald Trump for sending the political showdown into chaos.

Wallace, who had in a Wednesday interview with The New York Times declined to pin the culpability on Trump, told his colleague Bill Hemmer during an interview Thursday that he believes Trump “bears the primary responsibility for what happened.”

“I had baked this beautiful, delicious cake and then frankly the President put his foot in it,” Wallace said.

“That was frustrating,” Wallace added. “It was frustrating for me because I tried hard to prepare for a serious debate, much more frustrating and more importantly for the American people because they didn’t get the debate they wanted that they deserved.”

Wallace, who said that he wished he had stepped in more seriously sooner, went on to describe the missed opportunity as “a loss for the country.”

Asked by Hemmer if he had rewatched the debate, Wallace replied, “Oh, God no. Oh, God no. It wasn’t something that I want to revisit.”

The Commission on Presidential Debates said it was mulling structural changes to the remaining debates after Tuesday’s widely panned event.

A person close to the commission told CNN on Thursday that the organization has “not ruled out anything.” When asked if giving the moderator the ability to cut off a candidate’s microphone is on the table, the person said the commission is “considering everything.”

Wallace, however, didn’t appear sold on that idea.

“That’s a pretty tough spot to put any moderator in,” Wallace said.

Almost immediately after the debate got underway Tuesday night, Wallace lost control and was never able to regain order.

The President repeatedly interrupted Biden and declined to obey the rules of the forum.

Trump even spoke over Wallace, telling the Fox News anchor, “I guess I’m debating you, not him, but that’s OK. I’m not surprised.”

At one point, Wallace attempted to rein in the President, pleading with him to obey the rules.

“I think that the country would be better served if we allowed both people to speak with fewer interruptions,” Wallace said. “I’m appealing to you, sir, to do that.”

“Well, and him too!” Trump quipped back, referring to Biden.

“Well, frankly, you’ve been doing more interrupting than he has,” Wallace countered.

The attempt was unsuccessful and the debate ended much like it started: in chaos.

In the aftermath, Wallace was the target of criticism from all sides of the political plane for the circus that aired on national television.

Some people sympathized with the difficult position Wallace was put in, suggesting that Trump had no intention of obeying the rules and contending there was little Wallace could do.

Supporters of Trump, however, skewered Wallace for supposedly being unfair to the President. Some of these critics included prominent Fox News personalties.

Still, Wallace earned praise from Fox News executives. In a memo sent to the network, Fox News chief executive Suzanne Scott and president Jay Wallace said they were “extremely proud of his professionalism, skill and fortitude in a unique situation.”

The Commission on Presidential Debates also said it was “grateful” for the “skill he brought” to the debate.