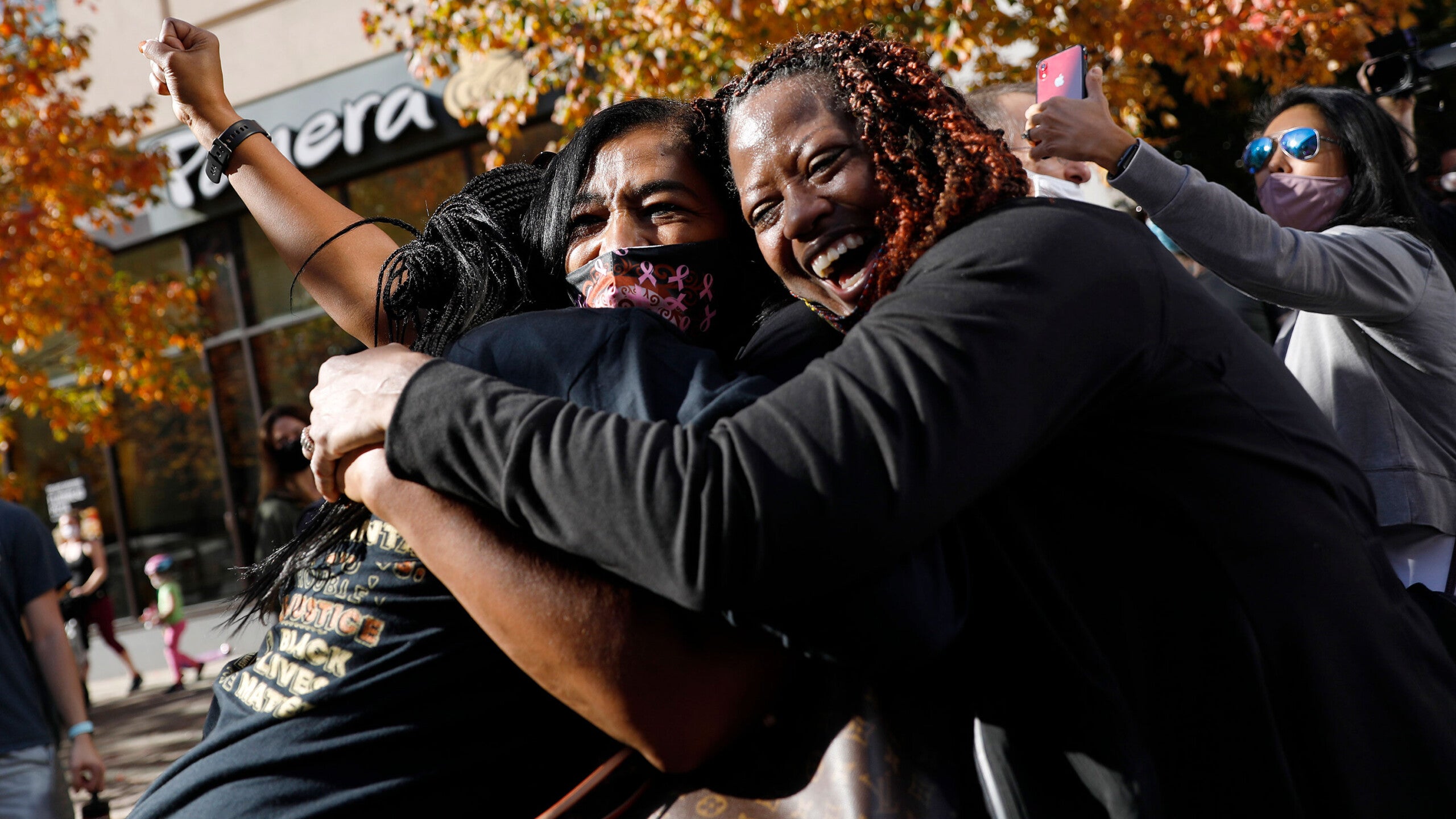 (CNN) — President-elect Joe Biden’s victory over President Donald Trump sparked celebrations in cities across the country, including many of the places that swept Biden into the White House.

After CNN and other news organizations projected Biden as the winner Saturday morning when he won Pennsylvania, Biden supporters flooded into the streets of Philadelphia.

Cars honked, people waved Biden flags and a large crowd gathered outside of Philadelphia’s City Hall. It was unseasonably warm, and people were pouring into the streets with everything from coffees to brunch cocktails. Most were wearing masks.

“Biden town!” a woman yelled out of a car headed down Broad Street in the city’s downtown area. There was a constant stream of cars driving by honking, with people fist-pumping out the windows.

Robert Nunez, riding in his car with his family, stood through his sunroof yelling in celebration.

“The four-year nightmare is over,” said Nunez, who said he cried when he found out the Trump presidency was coming to an end.

“I’m so happy. I don’t know what to do,” said one woman near the Convention Center, with tears streaming down her face.

Another person drove by blaring “Philadelphia Freedom” from his car.

People were also cheering in the streets outside the White House in Washington, DC, though Trump was not there — he was at his golf club in Virginia when CNN and other networks called the race.

In New York City, a crowd gathered outside of the Trump International Hotel and Tower, chanting “No More Trump!” In Brooklyn, one man was dancing atop a car going down Fulton Street.

In Chicago, a small group gathered to celebrate outside Trump’s hotel.

Outside Biden’s headquarters in Wilmington, Delaware, a crowd was quickly growing beyond the security perimeter. There were people of all ages cheering, singing and honking their horns, and the crowd joined together to sing “God Bless America.”