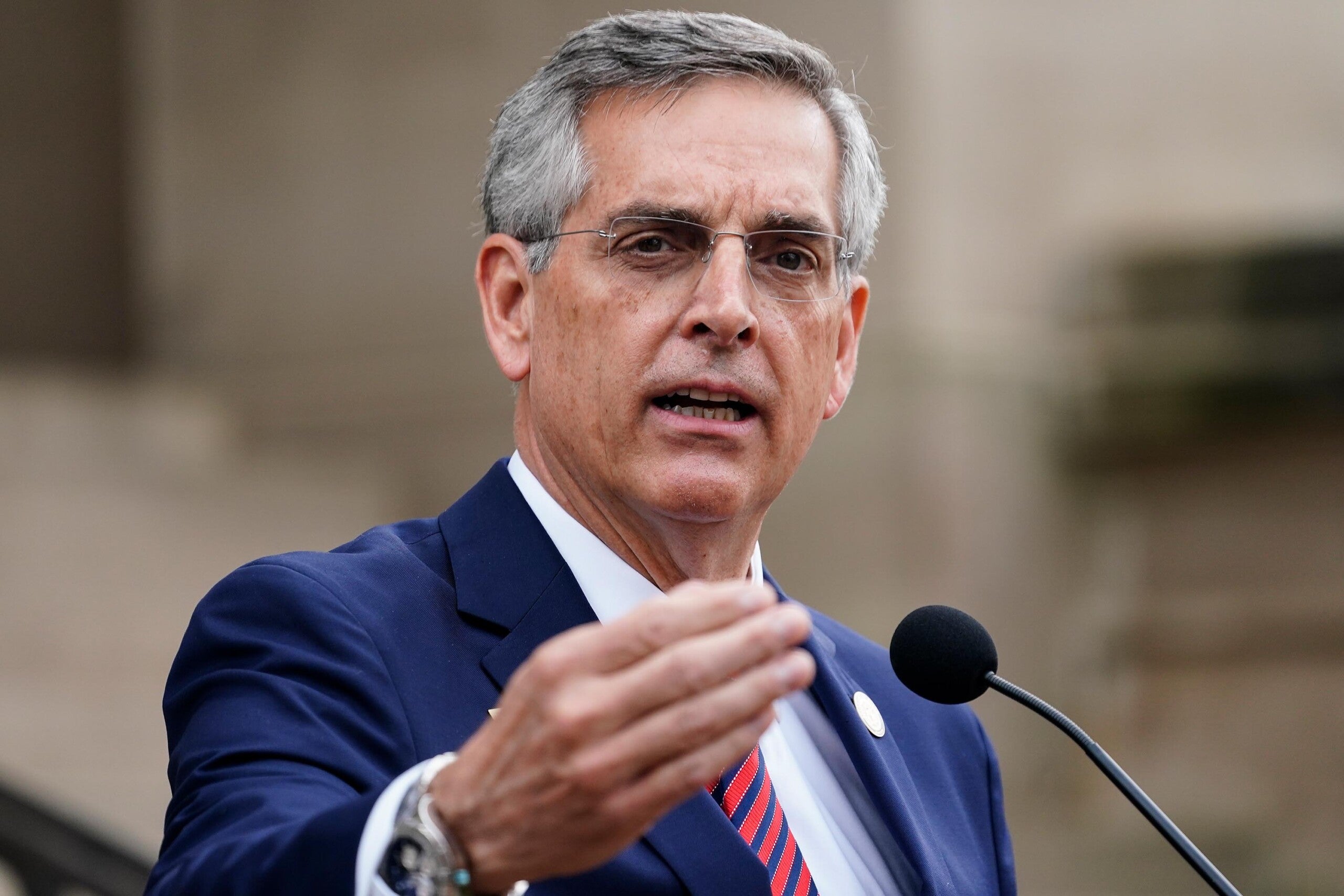 The recertification is a yet another blow to President Donald Trump, who has for weeks baselessly claimed a “rigged” election in the state and attacked election officials for not overturning the results in his favor. Monday’s certification locks in the state’s results for Biden before the December 14 Electoral College vote, though Trump has continued to inveigh against Raffensperger, a Republican, and called for additional signature verification — which is, at this point, procedurally impossible.

“Today is an important day for election integrity in Georgia and across the country,” Raffensperger said in a statement. “Georgians can now move forward knowing that their votes, and only their legal votes, were counted accurately, fairly, and reliably.”

Earlier in the day, Raffensperger said the results would “remain unchanged” and directly criticized Trump for spreading falsehoods.

“Whether it is the President of the United States or a failed gubernatorial candidate, disinformation regarding election administration should be condemned and rejected. Integrity matters. Truth matters,” he said at a press conference. “Today, the secretary of state’s office will be recertifying our state’s election results. Then the safe harbor, under the United States code to name electors, is tomorrow, and then they will meet on December 14 to officially elect the next President.”

Biden won the state with more than 12,000 votes, becoming the first Democratic presidential nominee to win the Peach State in nearly three decades. Republican Gov. Brian Kemp certified the results of Biden’s victory on November 20, following a statewide audit, which included a hand-count of the nearly 5 million ballots cast in the election.

Georgia officials, including Raffensperger, have disputed Trump’s claims of widespread voter fraud, and on Monday, the secretary of state again said misinformation being spread about the state’s election is hurting the state.

“Continuing to make debunked claims of a stolen election is hurting our state,” Raffensperger said. “The President has his due process rights and those are available to him. It’s time we all focus on the future and growth.”

Although Trump has claimed that he will continue to fight the election results, legal challenges to reverse or delay certification of results continue to fail. There is also a sense developing within his legal team and what remains of his campaign staff that their efforts to overturn or delay the results of the election are coming to an end, multiple sources tell CNN’s Kaitlan Collins.

On Monday, a federal judge in Georgia dismissed two motions brought by attorney Sidney Powell aimed at reversing the election results in the state.

“The plaintiffs do not have standing to bring these claims,” Judge Timothy Batten ruled from the bench immediately following about an hour of argument

Batten also dissolved a temporary restraining order that stopped election officials from clearing the latest election data from Dominion voting machines in Cobb, Gwinnett and Cherokee counties. Election officials in Georgia have said the machines will be needed for early voting that starts next week ahead of the state’s January 5 Senate runoff elections.

With Trump’s chances at winning the state and his reelection bid both out of reach, Republicans have turned their eyes to the Senate runoff elections, which will determine which party controls the chamber. Some Georgia GOP officials are concerned that the President’s repeated attacks on the state’s election process could hurt Republicans’ chances of winning the races.

During a campaign rally for incumbent Republican Sens. Kelly Loeffler and David Perdue in Georgia on Saturday, Trump continued to spread false claims about the election and reasons for his loss. Earlier in the day, he pressured Kemp to convene a special election and convince state legislators to overturn Biden’s win in the state. Kemp and Lt. Gov. Geoff Duncan issued a joint statement Sunday denying four state senators’ requests to hold a special session.

When asked during a debate with her Democratic opponent Rev. Raphael Warnock on Sunday about Trump’s false claims of election fraud and if she believed the election was rigged, Loeffler would not explicit say so but responded, “it’s very clear that there were issues in this election.”