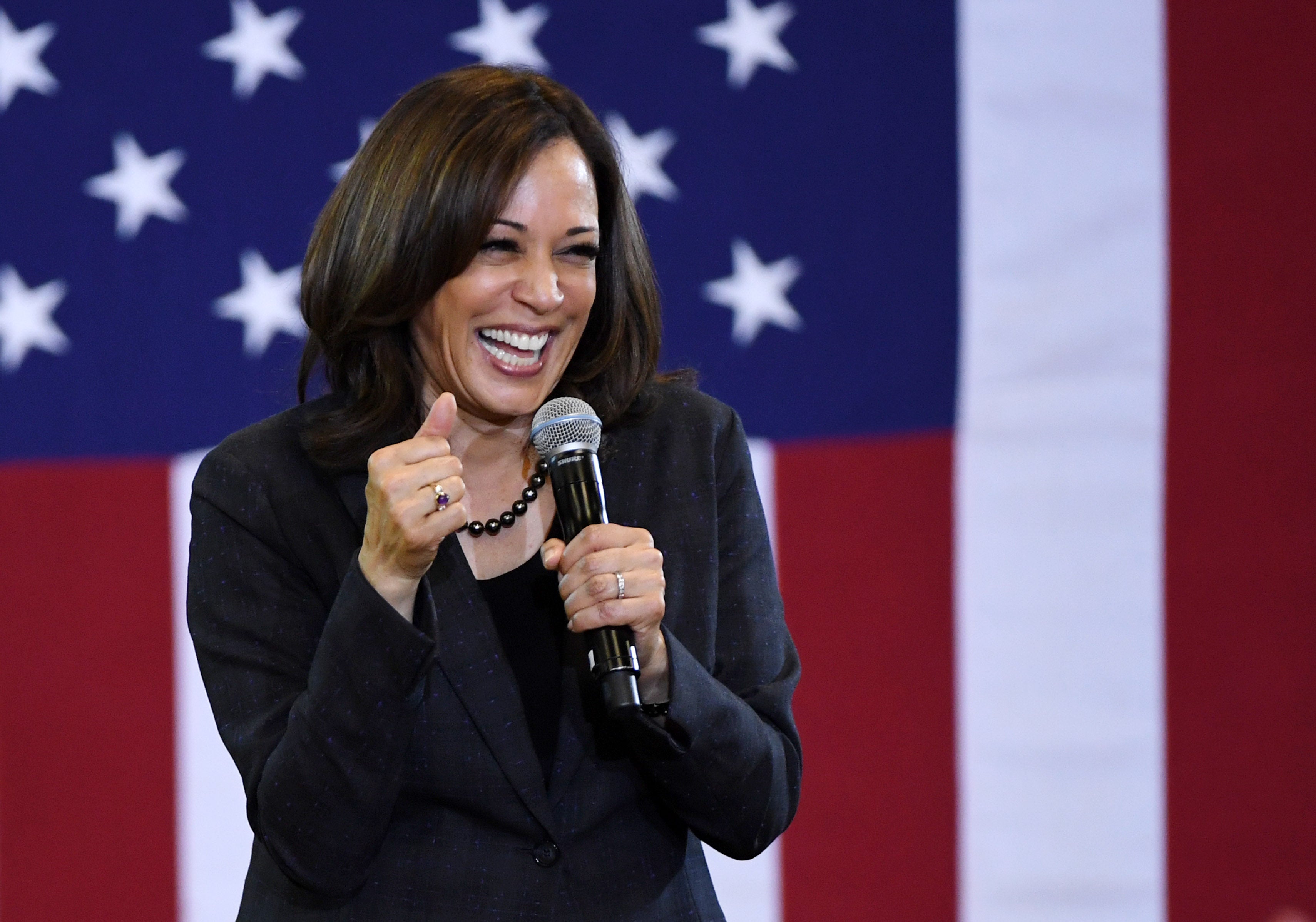 (CNN) — Kamala Harris, who on Saturday became America’s first female, first Black and first South Asian vice president-elect, represents a new face of political power after an election all about who wields power and how they use it.

The California senator’s history-making win also represents the millions of women in the demographics — often overlooked, historically underrepresented and systematically ignored — who are now the recipients of that new power for the first time in the country’s 200-plus-year history.

Harris and President-elect Joe Biden’s victory as projected by CNN, arrives days after a prolonged vote count reflecting a deeply divided electorate. It symbolizes a bookend to the Trump era, which followed the first Black US President and was buoyed social ills including White supremacy. Harris’ triumph, in particular, marks a new high point in a career of barrier-breaking accomplishments, from San Francisco district attorney to California attorney general to just the second-ever Black female US senator.

“That I am here tonight is a testament to the dedication of generations before me,” Harris said during her Democratic National Convention acceptance speech in August, mentioning women such as Constance Baker Motley, Fannie Lou Hamer and Shirley Chisholm.

“Women and men who believed so fiercely in the promise of equality, liberty and justice for all,” she said.

“You didn’t have to be confined by anyone else’s idea of what it means to be Black,” she told CNN’s Dana Bash on “State of the Union” in September. “You could be a fine arts student and also be class president. You could be homecoming queen and be the head of the science club. You could be a member of a sorority and be in student government and want to go to law school, and it encouraged you to be your full self.”

Over the course of her White House bid, Harris never shied away from mentioning that people attempted to box her in or doubted her as she sought to pave a path in politics.

As a Black and South Asian woman in an overwhelmingly White arena, Harris on her journey to the White House was something of a pioneer. And voters noticed.

Katerina Shadrach, an 11-year-old South Asian and White American, told CNN at an August 2019 Harris rally that Harris was her role model. Inside a packed gymnasium, Shadrach stood on the edges of the rally, next to her father, Sheldon, clutching Harris’ memoir, “The Truths We Hold,” as she waited for the senator who looked just like her to take the stage.

An aspiring US senator herself, Shadrach told Harris after the event of her ambition to chart a path like Harris’. According to Shadrach, Harris told her that “as long as I put my mind to it and I do the best that I can and be like the best version of me, I will be able to accomplish my goals.”

Seeing Harris on the Democratic presidential ticket a year later, Shadrach called the moment a “really big step” for girls and women who look like her.

“She was the one who was able to prove that it’s actually possible,” Shadrach said. “You can see kind of a connection, because we are two similar people. And so if she can get to that, I can get to that. And I can identify with her.”

Or as Leah Daughtry, who headed up the 2016 and 2008 Democratic conventions, said of Harris earlier this year to The New York Times: “She is the stand-in for Black women. We are on the ticket.”

Harris was born in Oakland, California, in 1964, to parents who raised her in a bassinet of civil rights activism.

Her mother, Shyamala Gopalan Harris, an Indian immigrant, was a breast cancer researcher; she died of cancer in 2009. Harris’ father, Donald, is a Jamaican American professor of economics. On the campaign trail, the vice president-elect often talked about how her activist parents would push her in her stroller at civil rights marches. The couple divorced in 1972.

Harris grew up in the Bay Area but took frequent trips to India to visit extended family. At 12, she and her sister, Maya, moved with their mother to majority-White Montréal, where Gopalan Harris had secured a teaching post at McGill University as well as a research position at the Jewish General Hospital.

While campaigning, Harris frequently spoke about her closeness to her mother.

“My mother, she raised my sister and me, and she was tough,” Harris would say. “Our mother was all of 5 feet tall, but if you ever met her, you would’ve thought she was 10 feet tall.”

After graduating from Howard in 1986 for her undergraduate degree and from the University of California’s Hastings College of the Law in 1989, Harris passed the bar the following year and joined the Alameda County prosecutor’s office as an assistant district attorney. From there, she began her political ascent.

She often spoke of her barrier-breaking life during her presidential primary campaign, saying that she understood how being the first requires voters to “see what can be unburdened by what has been.”

Harris is a lot of things beyond her gender and her race, of course. But her mere presence brings so much with it — so much to those, of all ages, who see themselves in her.

As she waited for Harris to take the stage at a rally in Asheville, North Carolina, in October, Elinor Earl, 77, said she never thought that she’d see a Black woman like herself rise through the ranks as Harris has.

“Not at my age,” Earl told CNN. “It’s wonderful to see her. I wouldn’t have missed it for nothing in the world.”

Harris isn’t shy about highlighting her upbringing or her influences, as was clear through her shoutouts to AKAs and HBCUs during her DNC speech.

“Family is my beloved Alpha Kappa Alpha, our Divine Nine, and my HBCU brothers and sisters,” she said.

Harris’ remarks couldn’t have contrasted more with President Donald Trump’s rhetoric over the past four years.

Nasty. Sh*thole countries. Go back. Whereas Trump has spent his tenure in the White House excoriating otherness and propping up the country’s many hierarchies, Harris used the campaign trail to do the precise opposite.

Indeed, Harris’ bid was a pure distillation of the complex joy of representation. Often in her Converse sneakers, the former prosecutor made space for women of color to tell their lived experiences during campaign events on the trail. She made a point to prop up women of color small business owners, frequently telling them to say their companies’ names clearly in front of the press so they could be included in news stories. Certain voters felt, in today’s parlance, seen. And come Inauguration Day, that visibility will extend to the White House and, likely, alchemize into substantive representation.

There’s a sobering corollary to Harris’ historic win. In important ways, her success says as much about America’s political institutions as it does about her.

That Harris is the first female, first Black and first South Asian vice president-elect is both an affirmation of her excellence — her skill as a debater against Mike Pence, for instance — and a reflection of the racism and sexism that punish women of color who run for executive office.

And while it’s true that Harris this week achieved yet more firsts, it’s maybe more accurate to describe these firsts as onlys — she became the only female, only Black and only South Asian vice president-elect.

That framing shines a less flattering light on America. But it’s more honest. It also hints at possibility — the possibility that Harris on Saturday opened up the door for women and girls who look like her to follow, to claim power for their own.

Harris’ mother put it best: “Kamala, you may be the first to do many things, but make sure you’re not the last.”