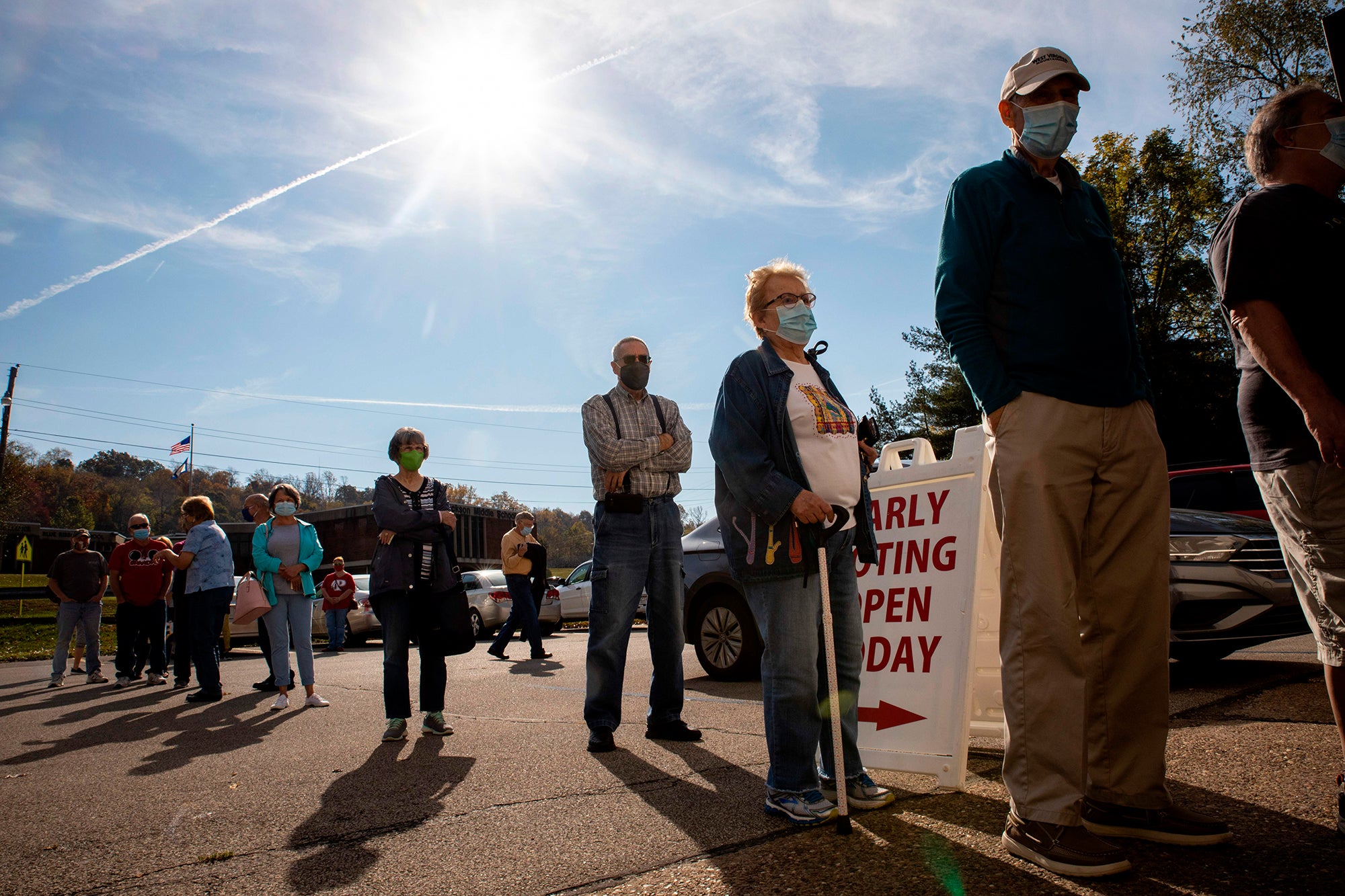 (CNN) — More than 90 million Americans have voted so far with three days left until Election Day, as a majority of states are reporting record early-voting turnout in the 2020 election.

These votes represent almost 43% of registered voters nationwide, according to a survey of election officials in all 50 states and Washington, DC, by CNN, Edison Research, and Catalist.

Fourteen states have already seen more than half of their registered voters cast ballots ahead of November 3.

As pre-Election Day voting surges nationwide amid the ongoing coronavirus pandemic, many states are seeing record turnout in early voting in-person and an influx in mail-in ballots compared to last cycle.

As of Friday, Texas and Hawaii surpassed their total turnouts from the 2016 general election.

About half of the votes already cast this cycle come from those 16 key states, which will play a crucial role in determining who wins the presidency this year.

Some voter information comes from Catalist, a company that provides data, analytics and other services to Democrats, academics and nonprofit issue-advocacy organizations, and is providing insights into who is voting before November.

The early voting numbers come amid an ongoing pandemic, leading many states to extend their early voting period or expand access to mail-in voting. Voters in some states have braved long lines and endured hours-long waits to cast their ballots in-person.

Supporters of Democratic nominee Joe Biden have shown a strong preference for mail-in voting, while most President Donald Trump’s supporters say they want to vote on Election Day.

Not all states report party affiliations of early voters, but in several states — including Florida, North Carolina, Nevada and Iowa — Republicans are beginning to narrow the Democratic advantage in pre-Election Day voting.

Trump and Biden’s schedules in the final stretch of this campaign have reflected the focus on those competitive states.

In the last weekend before Election Day, Trump is spending Saturday in Pennsylvania, while Biden is campaigning in Michigan with former President Barack Obama. Biden then heads to Philadelphia on Sunday, as the President has five rallies planned in five key states — Michigan, Iowa, North Carolina, Georgia and Florida.