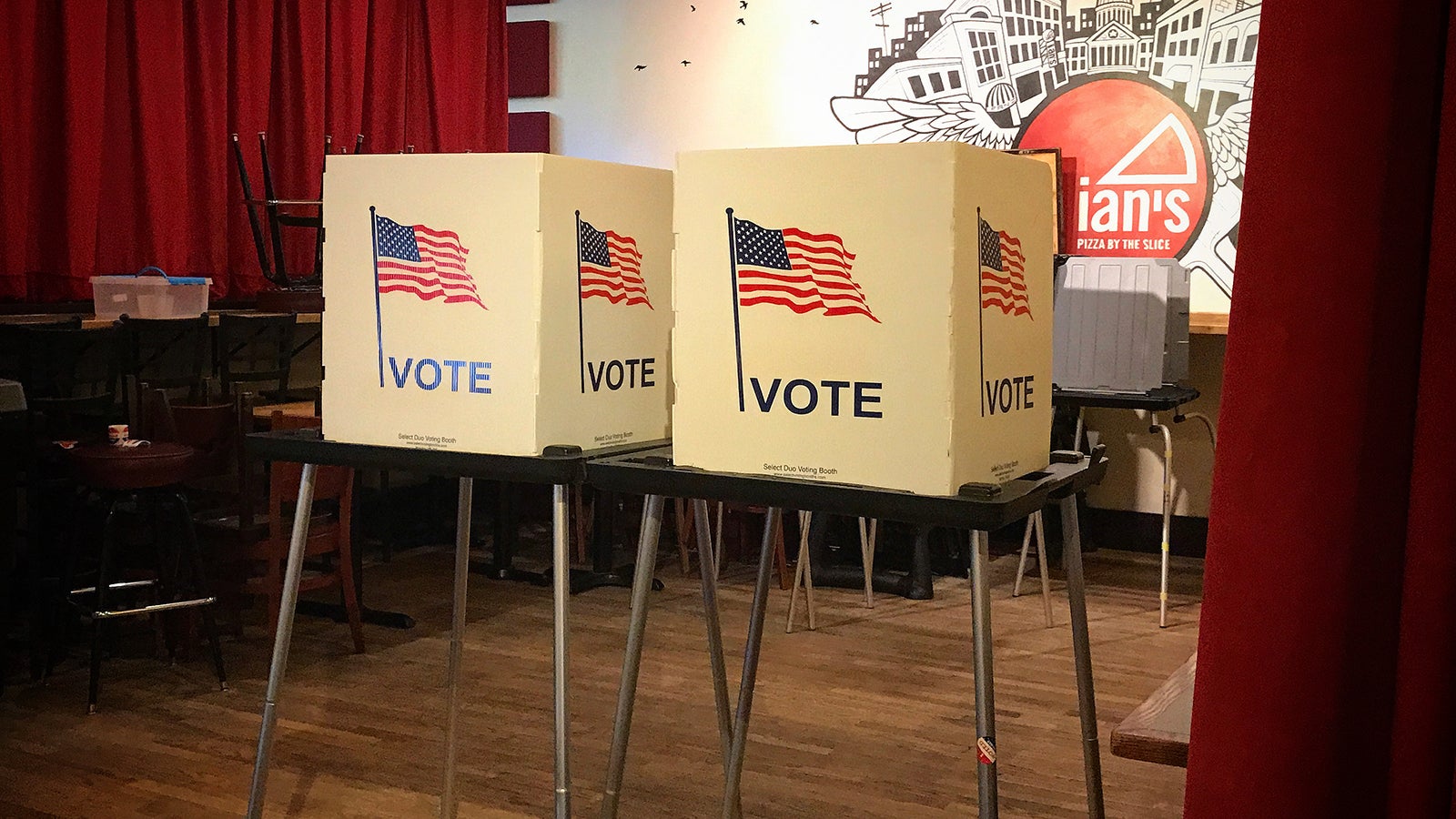 (CNN) — The pandemic has created yet another hurdle for officials trying to plan November’s election: places that typically serve as reliable polling stations are now off the table because of COVID-19.

Facilities like senior centers, schools or even private businesses are no longer options over fears that welcoming voters will increase infection risk for others.

Millions of Americans will vote by mail this year, in part to avoid going to in-person voting locations, but that isn’t helping city and county clerks who are facing Centers for Disease Control and Prevention guidance to maintain or even increase the number of polling places they staff on Election Day to maintain social distancing. The guidance explicitly states: “Unless there is no other option, do not increase the number of potential registered voters assigned to each polling place.”

This all creates yet another burden for election officials already struggling with the weight of pulling off an election during a pandemic.

“It feels like you are the plague itself for asking for space,” said Maribeth Witzel-Behl, city clerk for Madison, Wisconsin. “People are just saying ‘No, no, we can’t.’ It was really almost an impossible task.”

Madison had a team of up to four people working for a month to identify new polling locations ahead of the state’s partisan primary in August, yet continuously hit roadblocks.

“There were a lot of large buildings that we thought would have been available to us, especially as we offered $750 for each location, but we were turned down again and again and again,” Witzel-Behl said.

Then, the team made a breakthrough: They were able to convinceIan’s Pizza, a local restaurant near the University of Wisconsin-Madison, to host a low-traffic polling site.

“Even though they didn’t have the optimal space, they at least were able to let us inside and were willing to do so,” said Witzel-Behl.

Ian’s Pizza owner Nick Martin said it wasn’t an automatic yes. He cleared the decision with his leadership team and staff before giving the OK to the city.

“Business right now is a little more low-key than it usually is, but we knew it wouldn’t be incredibly intrusive because we don’t have a whole lot of volume coming through the doors right now,” Martin said.

Butthat luck ran out in other precincts. The team’s last-ditch option? Pitching a tent in a local park.

“There was one location where we ended up having to set up a tent in a park. And that was our only option. That was our Plan B for everything. We’ll just find a park where we can throw up a tent,” Witzel-Behl said.

Witzel-Behl added that it’s entirely possible more Madison voting locations could be housed in tents this November if businesses don’t step up.

“I am not as concerned about it in November as I am looking ahead to next February,” Witzel-Behl said of the state’s spring primary in February 2021. “There’s a decent chance it will be 20 below zero and voting in tents is not even going to be a feasible option.”

Fulton County, Georgia, which includes Atlanta, is hearing plenty of no’s, too. So the state’s most populous county is trying to entice participation by offering to pay to decontaminate the location after voting is complete. But that comes at a cost.

“Generally we pay anything from zero to $2,000 to rent a polling place for Election Day, but now with the decontamination fees, it’s going to be significantly more money to rent these facilities,” said Richard Barron, Fulton County’s director of registration and elections.

Some potential locations are charging so much to rent for Election Day that the county has to say no. “Those facilities, the amount of money they want to charge us is so great that we probably won’t use them,” Barron said.

Fulton County hired a contractor whose sole job is to identify new polling locations. The county plans on having a minimum of 210 locations in November and as many as 240 — important for Georgia’s only county with more than 1 million residents.

“I know it’s unique for us to do this,” Barron said of the contractor. “We’ve always been able to recruit polling locations and then retain them. But now, we’re having to add so many and do it in a short amount of time that we had to add outside help to make sure this is done on time.”

Traditionally, planning for elections happens months in advance. Back in March, when election officials in Dutchess County, New York, saw coronavirus deaths in nursing homes in Washington state, they made an executive decision: No voting locations in nursing homes.

“We decided very early on, prior to any executive orders, that we were not going to send voters into our nursing homes poll sites, because it was just too dangerous for that vulnerable age group,” said Elizabeth Soto, the Democratic election commissioner in Dutchess County. “We did not go in for the primary and we have no intention of opening the poll sites in nursing homes for November.”

That meant five polling locations were now off the table, though Soto and her Republican counterpart Erik Haight say relocation has so far gone smoothly.

Every state’s approach to securing polling locations is different. Generally, if the polling place is located in a privately owned building, the owner must grant permission to use the facilities to process voters, according to the federal Election Assistance Commission. Sometimes there are contracts, and sometimes these facilities charge money.

In New York, state law allows elections to be held in any tax-exempt space, which has helped Dutchess County line up new locations.

“We try to work as amicably with our poll site partners as we can, but if we determine that that’s going to be a poll site, they lack the authority to say no to us,” said Haight. “It’s essentially their civic duty because they don’t pay taxes.”

A good polling location usually requires accessibility, like parking for voters, a drop off or loading area, an entrance to the polling place, and pedestrian routes (both exterior and interior) that voters use to get to the voter check-in and voting area, according to the EAC. And now, it should also allow social distancing.

In Dutchess County, if schools are closed on November 3 due to the pandemic, it frees up even more space for the election.

“Not only are there no students around, but it frees up parking,” Haight said. “Having schools closed Election Day is very convenient for us.”

In Fulton County, closed libraries meant more room for officials to spread out during August voting.

Looking ahead to November, space from potentially empty colleges and universities is also an option.

“With most higher education institutions at least beginning remotely this semester, that community colleges and universities can and should be using their facilities for voting this November,” California Secretary of State Alex Padilla told CNN. California has also announced a number of sports stadiums that will serve as voting centers.

“We’re trying to get creative and innovative. If they have space for physical distancing and plenty of parking, it’s a way to do good,” Padilla said.

The uncertainty around school openings also leads to complications, like in Madison. Schools were closed in August, which made them available as safe polling locations in the primary. The district is beginning the year online, but may bring students back to the classroom on the first day of the second quarter — which also happens to be Election Day.

“That’s hanging over us right now. It’s hard to know what to plan because so much can change so quickly.” Witzel-Behl said. “As we’ve seen with the pandemic, we might think it’s looking like we’ll be able to be in the schools and then the data that’s provided through public health means that the schools will open on November 3 and suddenly we’re out on the street.”