Ossoff just short of 50% threshold for US Senate primary win 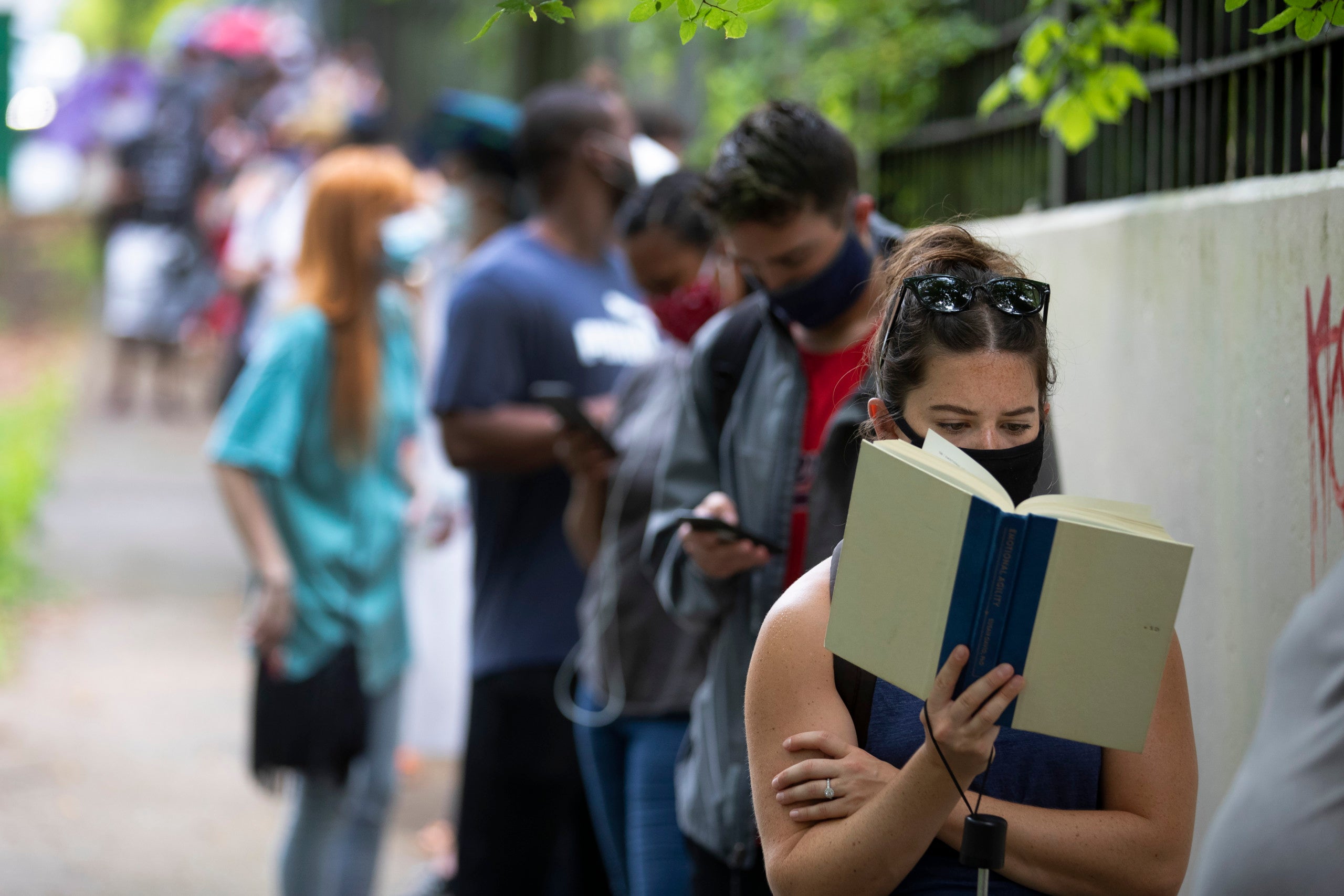 ATLANTA (AP) — A media executive backed by civil rights icon John Lewis is just short of the majority he needs to avoid a runoff election in Georgia’s Democratic primary for U.S. Senate, a race it was still too early to call Wednesday.

Jon Ossoff was far ahead of two other candidates in his bid to challenge Republican U.S. Sen. David Perdue in November. As of 12 p.m. Wednesday, he had just shy of 49% of the counted vote, trailed by Teresa Tomlinson and Sarah Riggs Amico. Tomlinson and Amico were separated by less than 2 percentage points in the race for the second spot in a potential runoff.

Counties across Georgia were in the process Wednesday of assessing what still remains to be counted. An analysis by The Associated Press based on absentee ballots requested and returned suggests there could be well over 100,000 votes remaining to be counted in the Atlanta area alone.

In Georgia, candidates must win more than 50% of the vote to avoid a runoff.

The race, which saw some voters waiting hours to cast their ballots Tuesday, has so far proved to be anything but predictable. Technical glitches, a lack of poll workers and high turnout contributed to long lines, prompting judges in numerous counties, including Atlanta’s Fulton County, to extend voting hours.

Election Day had been previously postponed and campaigns were forced almost entirely online because of the coronavirus. The final days also saw widespread protests over the death of George Floyd in Minneapolis.

Criticism of President Donald Trump’s response on both fronts has added fuel to Democrats’ ambitions of winning in Georgia, where the party is increasingly making gains even though Republicans still dominate in statewide elections.

Perdue, a close Trump ally seeking a second term in November as Republicans look to hold the White House and Senate majority, drew no GOP primary opposition. Republican Sen. Kelly Loeffler of Georgia is also defending the seat she was recently appointed to in a separate race that won’t be filtered by primaries.

Ossoff entered the Senate race in September with the endorsement of civil rights icon Rep. John Lewis, as well as some built-in name recognition from his highly publicized 2017 special election loss to Republican Karen Handel for an Atlanta-area U.S. House seat. The young media executive has led in fundraising and has made fighting inequality and corruption a core part of his message.

Tomlinson, who was the first woman elected mayor of Columbus in 2010, has racked up a slate of endorsements of her own, including civil rights leader and former Atlanta Mayor Andrew Young. She touts her experience in office, saying she’s “the only one in this race who has ever won an election and governed,” and says that experience can help her cut through dysfunction in Washington.

Georgia postponed primary elections twice because of the pandemic. The state’s March 24 presidential primaries were first moved to May 19, when voters were set to choose party nominees for other 2020 races, including the Senate contest. As infections and deaths mounted, Election Day was bumped back again to Tuesday.

“Today we have been inspired by the perseverance of Georgia’s voters in the face of rank incompetence and outrageous failures by state and county election officials,” Foster said in a statement. ”Secretary Raffensperger owes the people of Georgia an apology for Tuesday’s outrages and a full and detailed plan to protect Georgians’ voting rights in November.”

Earlier Tuesday, Raffensperger promised investigations of Fulton and Dekalb counties’ handling of the primary while minimizing problems that were documented in other counties.