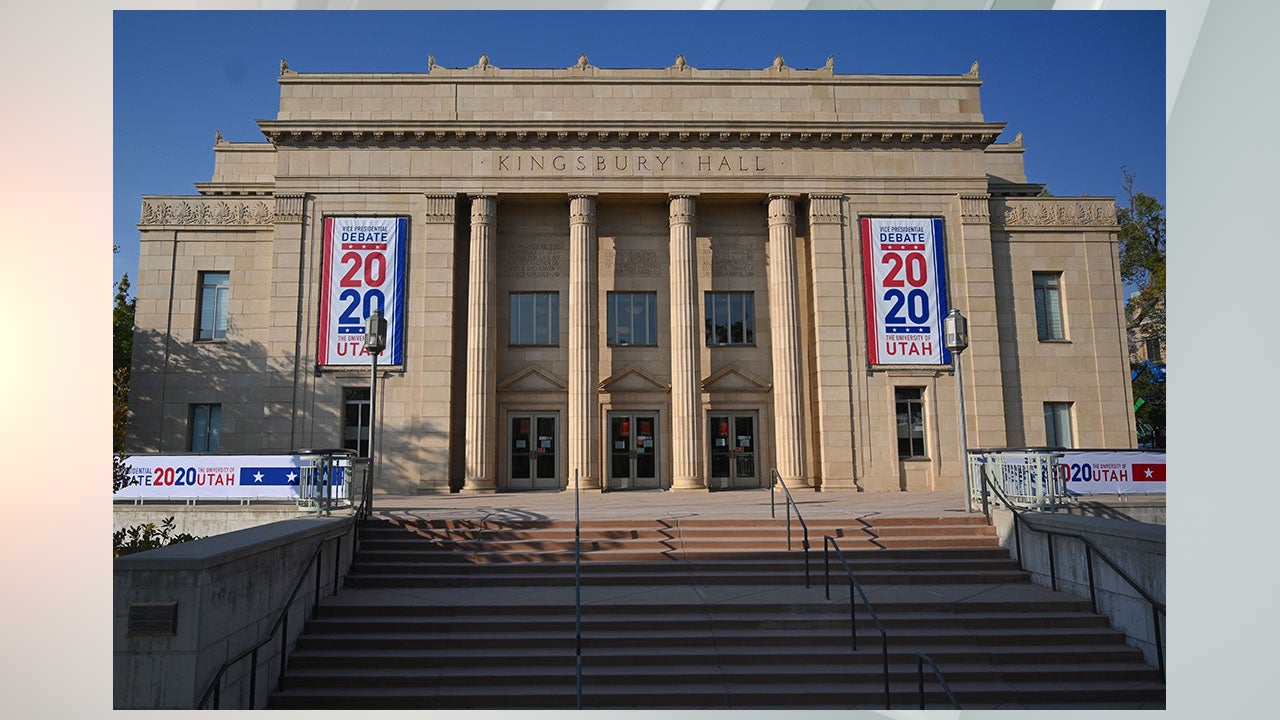 (CNN) — Vice President Mike Pence and Democratic vice presidential nominee Kamala Harris will be separated by plexiglass at Wednesday night’s debate, a source familiar with the preparations tells CNN, as the White House continues to be gripped by a coronavirus outbreak.

The commission, along with medical consultants at the Cleveland Clinic, made the decision on Monday after studying the airborne nature of the virus and as the number of positive cases in the White House continued to grow.

Despite a number of positive coronavirus tests at the White House and that Pence attended a Rose Garden event over a week ago that is widely seen as the genesis for the spread among several Trump aides and allies, the vice president has continued to test negative and the debate is moving ahead as planned.

The addition to the debate on Wednesday is the latest sign of how the ongoing coronavirus outbreak inside President Donald Trump’s administration has reshaped the final month of the presidential campaign.

But the decision by the commission to enhance safety measures at Wednesday’s debate was met with mockery from Pence’s team.

“If Sen. Harris wants to use a fortress around herself, have at it,” said Pence spokeswoman Katie Miller, who herself tested positive for coronavirus in May.

Trump’s own coronavirus diagnosis has forced organizers of the forthcoming presidential debates to rethink future contests between the president and Democratic nominee Joe Biden, sources tell CNN, leading some open to holding a virtual debate between the two men.

The Commission on Presidential Debates, for now, is focused squarely on Wednesday’s debate between Pence and Harris in Salt Lake City. But the future of presidential contests between Trump and Biden are up in the air, sources said, with a person familiar with the planning telling CNN that it will all “depend on the President’s health.”

Tim Murtaugh, a Trump campaign spokesman, tells CNN that “it is the President’s intention to debate” on Oct. 15.

A Biden aide said Monday that the campaign expects “the commission and the Cleveland Clinic to ensure these debates happen safely and we fully intend on debating Donald Trump should the medical experts believe it can be done safely.”

One possibility that members of the debate commission are open to considering is moving the in-person debates to a fully virtual forum, meaning Biden and Trump could appear from remote locations.

“The Commission, including me, is certainly open to virtual operations of the debates, without question,” said a commission member, who asked for anonymity to speak openly about forthcoming deliberations.

A spokesperson for the debate commission did not respond to a request for comment.

The commission has continued to operate like the second debate on Oct. 15 in Miami and the third debate on Oct. 22 in Nashville are going to happen. But the state of Trump’s health and U.S. Centers for Disease Control and Prevention guidelines on when he can safely return to the campaign trail has members already preparing contingencies for the two contests.

Whether Trump can even show up to the debate in Florida is in question, given CDC guidelines for how long someone must isolate after coming down with the coronavirus.

The president must isolate, according to the CDC, for 10 days after his symptoms started and for at least 24 hours after his fever subsides without fever reducing medications.

Contingencies for the presidential debates have only been informally discussed and likely won’t be formally addressed until Wednesday’s debate is finished, sources said.

Even with debate organizers open to moving at least one Trump-Biden contest virtually, that has, for now, not happened with the upcoming debate between Pence and Harris. Both teams are operating like the debate is on, despite the numerous health concerns.

At question, said health experts, is whether Pence had any close contact with the president, first lady or numerous other White House officials who have now tested positive for the virus.

“If he has had close contact, this shouldn’t be going ahead,” said Erin Bromage, associate professor of biology at University of Massachusetts Dartmouth, noting that Pence pushing ahead with the debate would mean he was putting not only Harris at risk, but his staff, Secret Service detail and everyone at the debate.

In response to the coronavirus outbreak at the White House, the debate commission and both campaigns agreed that Pence and Harris would be separated by 12 feet and 8 inches on Wednesday, further away than originally planned.

But, Bromage said that may not be enough.

“I would hope that the people organizing this debate are not only focused on distance but also the quality of the air environment to ensure that it is safe from a transmission point of view,” he said. “When you are in a smaller hall, then you are really relying on the ventilation and filtration of the space to ensure that what is being breathed out by an infected person be stripped out of that environment.”

The health decisions made by the commission are being guided by the Cleveland Clinic, the group of doctors who are working with both presidential campaigns and the commission to make medical decisions around the debate. After the first presidential debate, the clinic said in a statement that, “Based on what we know about the virus and the safety measures we had in place, we believe there is low risk of exposure to our guests.”

Members of the Cleveland Clinic are on the ground in Salt Lake City and working with the campaigns to find out when each candidate was tested, where they were tested and other needed medical information. They then advise the commission on steps to take. For now, the debate between Pence and Harris remains on.

A Biden campaign aide told CNN that conversations are ongoing between all the parties involved about making the debate safe for the participants and attendees.

The Cleveland Clinic had asked the small number of people in the audience at the first Trump-Biden debate to wear masks during the contest. But many members of Trump’s team — including his family members — declined to wear them.

“Individuals entering the debate hall were masked and, in some cases, removed their masks once seated,” said a statement from the clinic. “A Cleveland Clinic physician did offer audience members masks, but some did not adhere to the requirement.”

The policy has since changed and mask wearing will be required for anyone other than the two candidates and the moderators at the vice presidential debate. Anyone who does not adhere to the policy, a source familiar with the plans told CNN, will be escorted out.