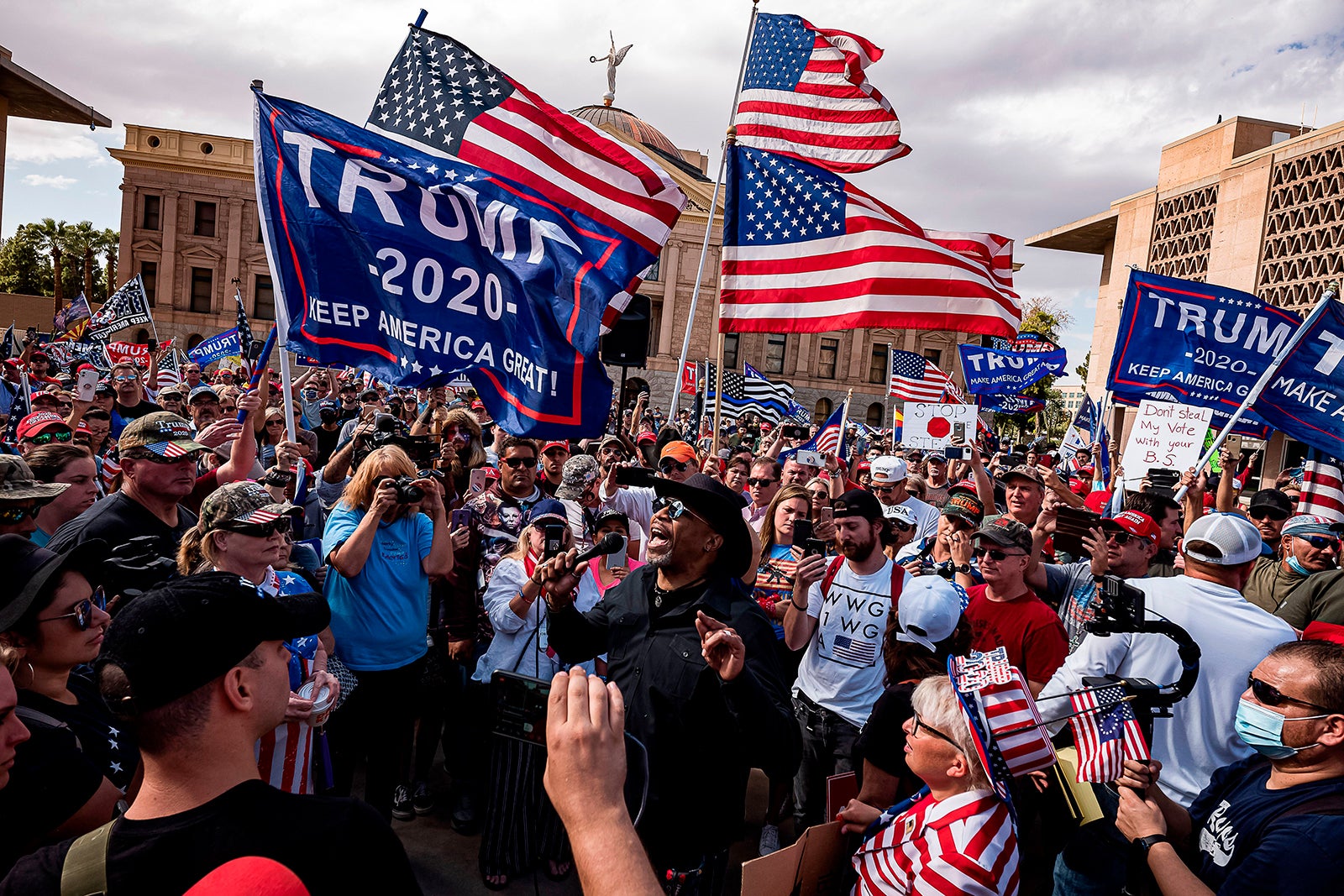 (CNN) — When CNN and other news outlets projected on Saturday that Joe Biden had won the presidency, the streets of Democratic strongholds like New York, Washington and Chicago erupted in celebrations that lasted into the night.

But among President Donald Trump’s supporters, reactions varied from anger and defiance to disappointment and resignation.

On what was a sunny Saturday throughout much of the nation, CNN reporters fanned out across traditionally Republican districts and encountered dozens of deeply unhappy Trump supporters. While some grudgingly accepted the emerging reality, plenty more were adamant that they did not trust the results, echoing the President’s baseless claims of voter fraud.

“It’s all fixed,” said Randy Tovichi, a Trump supporter in Kenosha County, Wisconsin, a swing region that narrowly backed Trump in 2016 and 2020. “There’s so much corruption going on in the vote count,” said Tovichi, who spoke to CNN as he wheeled his grocery cart through a crowded parking lot. There’s been no evidence of any fraud among the more than 140 million ballots cast nationwide.

Still others were unwilling to speak about the results at all and struck a defiant tone.

“This is Trump country!” yelled one man outside a grocery store in Westmoreland County, Pennsylvania, when asked by CNN for his thoughts on the election. The man, sporting an American flag shirt, declined to provide his name. A woman who followed him in said that everyone they knew in town voted for Trump.

“Just drive around, all you’ll see are Trump signs. We have his back, no matter what,” she said.

A suburban area just outside Pittsburgh, Westmoreland County saw visits from both Trump and Biden during the last weeks of the campaign — a sign of how crucial the region was for both candidates.

But Westmoreland itself was overwhelmingly pro-Trump, giving the President more than 63% support and Biden just 35%.

It was only a slightly smaller margin for Trump in Fauquier County, Virginia, where he won 58% to Biden’s 40%. Just an hour outside Washington, Fauquier is more rural and far more conservative than the neighboring inner suburbs of Northern Virginia. At a gas station in the county seat of Warrenton, several customers wore Trump 2020 shirts, and a pickup truck in the parking lot had a large banner secured on the utility trailer it was pulling: “Trump 2020: No More Bullsh!t.”

Outside a grocery store up the street, Warrenton resident Cary Petty stopped to talk to CNN about the election results. But her husband intervened, angrily telling a reporter to “go to a different town.”

Few Republican voters in Waukesha, Wisconsin, a GOP-heavy suburb west of Milwaukee, seemed ready to give Biden a chance. “He’s an idiot,” said Richard Markworth, a retiree, as he and his wife scooted to lunch in downtown Waukesha in electric wheelchairs. “He doesn’t even know where he is.”

“He’s a devil,” added his wife, Shirley Markworth. “It’s not going to be America anymore.”

Like Trump himself, who has not conceded the race, several voters who spoke to CNN Saturday were not ready to accept Biden’s victory. Many blamed the media for calling the race too soon, or repeated the President’s baseless claims of fraudulent activity in counting ballots.

At a coffee shop in Tempe, Arizona, a woman who declined to give her name blasted the projection of the Biden win as “premature.” Nearby in Chandler, another suburb of Phoenix, Trump supporters John and Michelle Knapek said they were disappointed when news organizations projected Biden as the President-elect.

“I don’t think they should call it until all the votes are counted,” said John, who said he was also annoyed that Fox News had called Arizona for Biden on Election Night, a complaint Trump and his campaign have made repeatedly. (CNN has not yet projected a winner for Arizona.)

At a pro-Trump rally outside the state capitol in Phoenix, some five hundred or more people gathered, mostly unmasked and with some toting guns, to listen to Infowars founder and conspiracy theorist Alex Jones and other speakers. Mitch Chrismer, a Tucson Republican standing at the edge of the rally with his two dogs, groused to his friend that the news media there likely wouldn’t talk to any “normal” Republicans.

Told by a CNN producer that she would love to hear his views about Biden being projected the winner, he said. “I don’t believe it’s true.”

“I don’t believe the mail-in ballots can be trusted,” said Chrismer. “I think we need a re-vote, an in-person-only re-vote.”

Back in Westmoreland County, Pennsylvania, 57-year-old Trump supporter Christine Stellabotte said that projections for presidential races have bothered her since the 2000 election.

“I don’t know that it was wise for news organizations to call the race,” said Stellabotte, who was doing her weekend grocery shopping at a Shop ‘n Save market in town. She also said she’s already read about the Trump campaign planning to pursue legal challenges to the vote counts and welcomed these lawsuits if there is evidence to show.

“I think this will get to the Supreme Court,” she said. “I’m not sure how or what state or what avenue, but Trump has very high-powered lawyers, some of the top people in the country, so they will find a way I’m sure.”

And in the crucial swing state of Wisconsin, where the Trump campaign is calling for a recount after losing by roughly 20,000 votes, most of the dozen Republicans who spoke to CNN on Saturday afternoon said they didn’t trust the election results and thought Trump shouldn’t concede the race — an ominous sign of the deep divisions Biden will face as he enters the White House.

Republican voters in Waukesha brought up murky claims about election fraud, even though nonpartisan election officials in the state have debunked many of those false rumors.

“I have a hard time believing this was fair,” said Katie Thompson, a 32-year-old police dispatcher from Waukesha, who said she had heard from friends who received multiple absentee ballots and read online about other problems with mail-in voting.

With voters wearing masks at the polls, she said she worried it would be easier for potential fraudsters to impersonate other voters.

“They didn’t even know it was the right people,” Thompson said. “I think the Republican Party needs to go to court and we’ll find out if it’s real.”

Some Republican state leaders in Wisconsin have raised unfounded allegations of voter fraud, including State Assembly Speaker Robin Vos, who has called for an investigation into the state’s handling of the election. Nonpartisan Wisconsin elections officials have said there were no irregularities in the vote and urged state residents not to believe online rumors about the election.

“He stole it,” said retiree Sue Martin as she wheeled a shopping cart outside of a supermarket. She argued that polls showing Biden leading had been a tool to suppress Trump’s supporters, and that the President should never concede.

“The media doesn’t have a right to call the election,” Martin said. “Trump can still win.”

Trump won Kenosha County 50.7% to 47.6% this year, compared with a narrower 46.9% to 46.5% victory four years ago. The region emerged as a political hotspot this summer amid protests and riots over the police shooting of black resident Jacob Blake. Both candidates visited the city, with Trump touring damaged buildings and Biden meeting with Blake’s family.

Trump held a big rally in Kenosha the night before Election Day, one of his final stops on the campaign trail. He was also endorsed by David Beth, the local sheriff, who received criticism nationally over his handling of the protests.

Whether or not they believed the election was rigged, there were plenty of Trump supporters who spoke to CNN Saturday who seemed resigned to accept that the President was not going to get a second term.

In Arizona’s Maricopa County, home to Phoenix, county GOP chairwoman Rae Chornenky said she was meeting with other party leaders on Saturday when someone announced that networks had called the race for Vice President Biden. “I was expecting that,” she said. “My reaction was just, well, it finally happened.”

Chornenky said that while county GOP leaders are watching vigilantly for any potential voting or counting violations, her advice is, “Take a deep breath. Arizona has been voting with early ballots for many years; so, we’ve got it down, I believe, to a very streamlined and fraud resistant process.”

Outside a microbrewery in Warrenton, Virginia, 51-year-old Marine veteran Shawn Eggleston said he was “depressed” about a Biden presidency.

“Some of the things they’re wanting to do are scary to me,” said Eggleston, citing specifically Biden’s tuition-free college plan. But, he also added, he was hopeful Biden might put the country’s interests first.

Several people who spoke to CNN Saturday used the word “disappointed,” including a man outside the grocery store in Warrenton who declined to give his name. When asked to explain more, he shook his head at what he feared Biden and the Democrats might do in power.

“We’re heading toward socialism,” he said.

In Chandler, Arizona, another Trump supporter who did not provide his name told CNN that with Biden as President, “we’re going to be a communist country — that’s what I see in the future.”

Not every Republican who spoke to CNN was so pessimistic. Trace Norstrom, a fourth grade teacher from Kenosha County, Wisconsin who voted for Trump, said he had doubts about the election’s integrity but hoped Biden would work to compromise with Republicans and unify the country as president.

“I could hang out with the guy,” said Norstrom, 55, who described himself as a centrist. “He seems like he wants the best for people.”

Still, Norstrom said he worried that Biden would be too easily swayed by the most liberal voices in his party. “We know there are people who are ready to swing the pendulum far left,” he said.

Back at the brewery in Warrenton, Eggleston tried to find the bright side of his candidate losing the race. He leaned back in his chair and stared at his empty beer cup.

“I know we still have the Senate,” he said, sounding a little cheerier than before. But even that’s not guaranteed. The balance of the Senate hangs on the outcome of potentially two runoff elections in Georgia to be held in January. 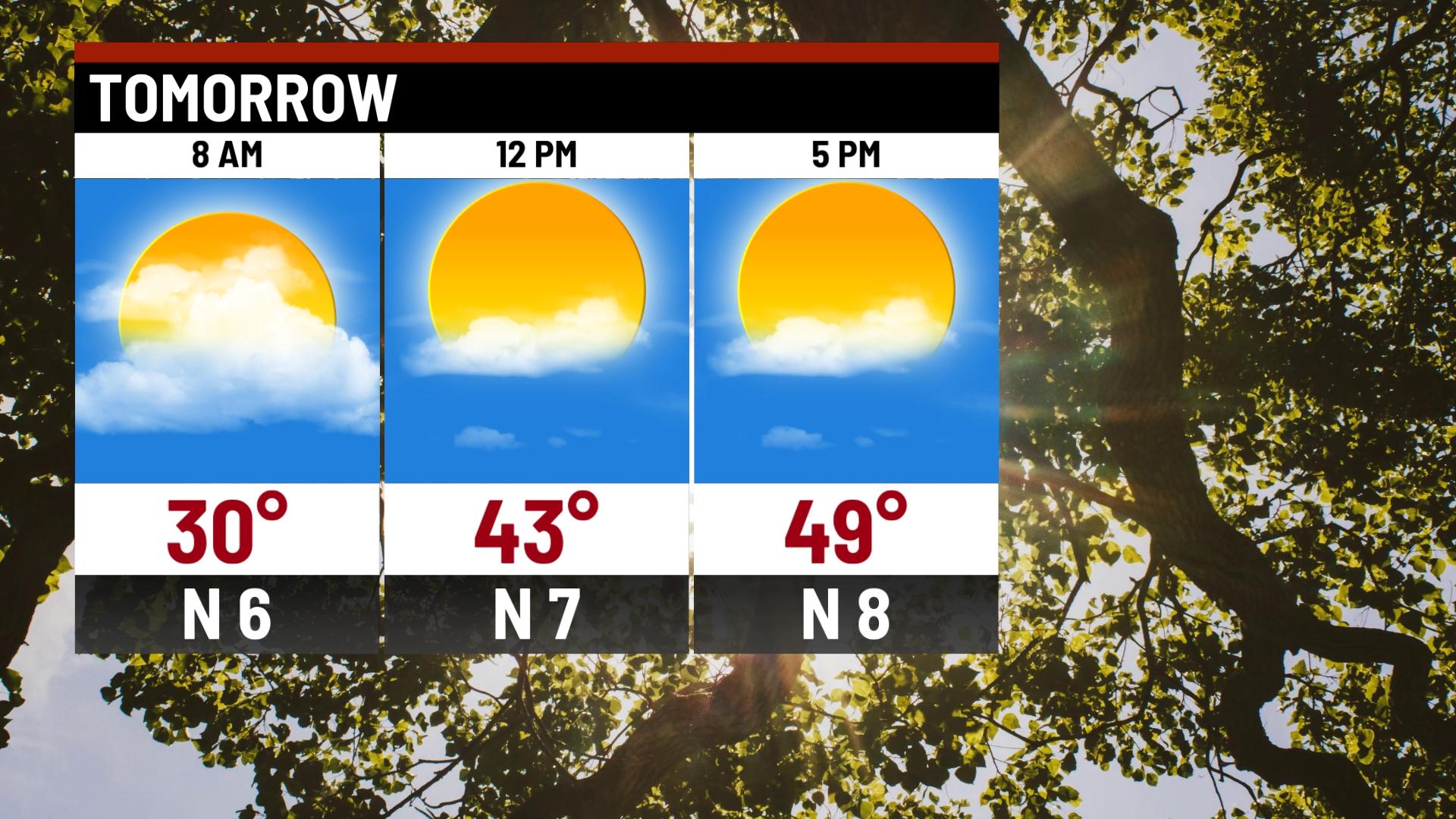 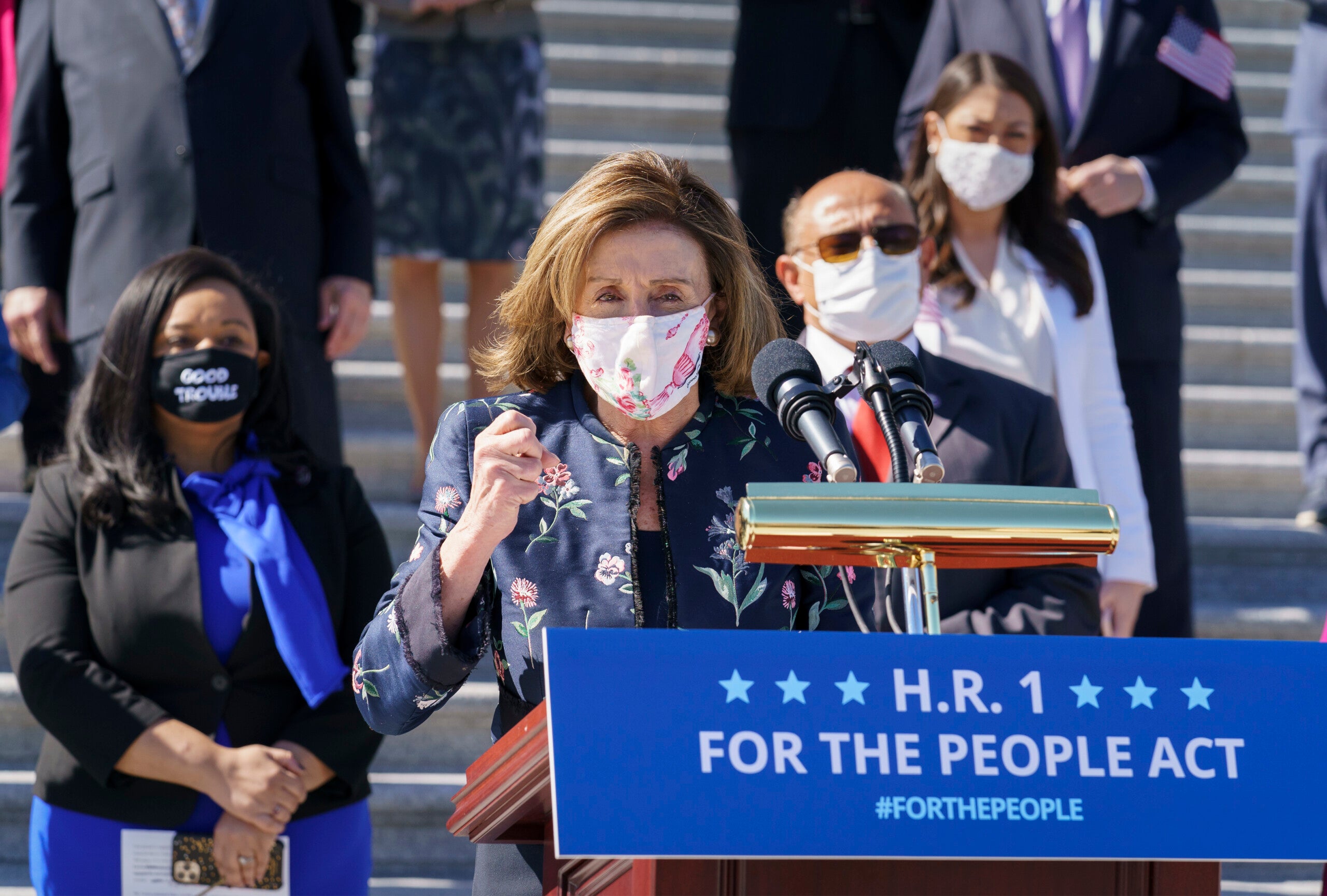