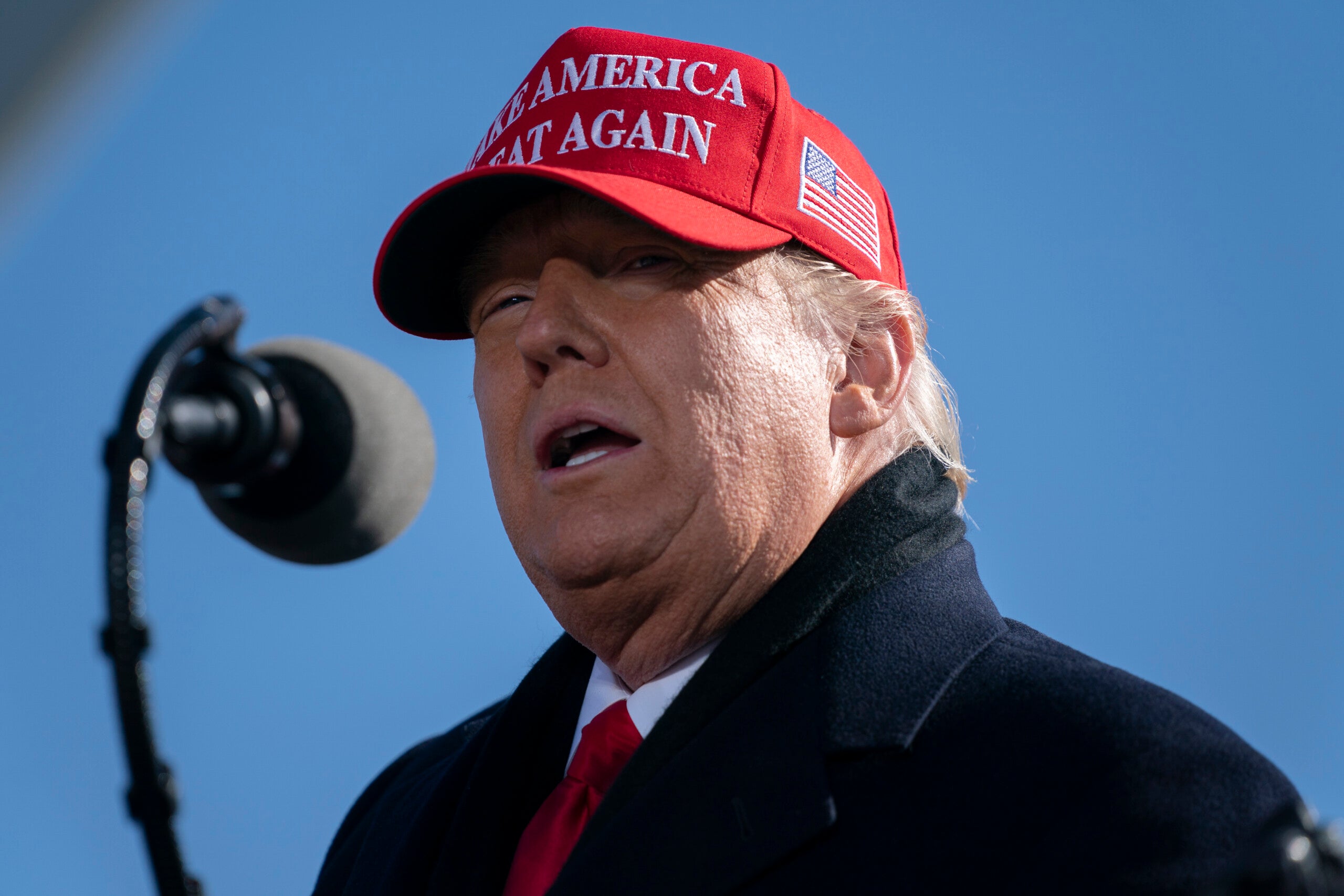 CLEVELAND (AP) — President Donald Trump cast doubt in advance on Tuesday’s election results, while Democratic challenger Joe Biden pushed ahead on offense on the final full day of campaigning ahead of an election conclusion that could have consequences for the U.S. for years to come.

After the president threatened legal action on Sunday to stop vote counting in some crucial states such as Pennsylvania, his campaign released a statement on Monday accusing Democrats of trying to “subvert state deadlines for receiving and counting ballots.”

If Pennsylvania ballot counting takes several days, as is allowed, Trump charged on Monday that “cheating can happen like you have never seen. ”

Biden dipped into Ohio, a show of confidence in a state that Trump won by 8 percentage points four years ago. He focused on the central message of his campaign: that Trump cost lives by mismanaging America’s response to the worst pandemic in a century.

On the eve of the election, the U.S. is at a crossroads, gripped by a historic pandemic that is raging anew in nearly every corner of the country, and a reckoning over race. Both campaigns insist they have a pathway to victory, though Biden’s options for picking up the required 270 Electoral College votes are more plentiful. Trump is banking on a surge of enthusiasm from his most loyal supporters in addition to potential legal maneuvers.

Trump was spending the final day sprinting through five rallies, from North Carolina to Wisconsin. Beyond Ohio, Biden was devoting most of his time to Pennsylvania, where a win would leave Trump with an exceedingly narrow path.

Biden also announced plans to campaign in Scranton and Philadelphia on Tuesday as part of a get-out-the-vote effort. His running mate, Sen. Kamala Harris, will visit Detroit, a heavily Black city in battleground Michigan, and both of their spouses will hit the road too. Trump, at least for now, was not scheduled to travel on Election Day.

More than 93 million votes have already been cast, through early voting or mail-in ballots, which could lead to delays in tabulation. Trump has spent months claiming without evidence that the votes would be ripe for fraud while refusing to guarantee that he would honor the election result.

Trump has used stark terms to threaten litigation to stop the tabulation of ballots arriving after Election Day — counting that is allowed with earlier postmarks in some states. As soon as polls close in battlegrounds, “We’re going in with our lawyers,” Trump said Sunday.

It was unclear precisely what he meant. There is already an appeal pending at the Supreme Court over the counting of absentee ballots in Pennsylvania that are received in the mail in the three days after the election.

The state’s top court ordered the extension, and the Supreme Court refused to block it, though conservative justices expressed interest in taking up the propriety of the three added days after the election. Those ballots are being kept separate in case the litigation goes forward. The issue could assume enormous importance if the late-arriving ballots could tip the outcome.

One of Biden’s top legal advisers Bob Bauer pushed back at Trump’s promise of mobilizing his lawyers after polls close to challenge certain ballots.

“It’s very telling that President Trump is focused not on his voters but on his lawyers, and his lawyers are not going to win the election for him,” Bauer said. “We are fully prepared for any legal hijinks of one kind or another. We’re not worried about it.”

And Harris, said that she believed Trump was simply blustering to “distract from the fact that he actually has no record to run on.” She said “he wants to scare people, he wants to distract people, confuse people.”

Under the shadow of possible legal battles, Pennsylvania loomed as the most important battleground.

For Biden, who was born there and lives in neighboring Delaware, Pennsylvania has long been a focus of his campaign, a bulwark to block Trump from securing the electoral votes needed for reelection. Both Biden and Harris and their spouses were crisscrossing the state Monday — hoping to deliver a knockout blow big enough to avert a legal challenge.

Trump once led comfortably in Ohio. But Biden announced Sunday during his national team’s daily call that he planned to return to the state at the urging of Sen. Sherrod Brown, who said he and other Ohio Democrats in Congress had encouraged it, suggesting a final, late visit could win.

That trip comes after Biden’s ticket has pushed into other formerly reliable Trump strongholds including Georgia, where the Democrats’ most popular surrogate, former President Barack Obama, was campaigning Monday.

But even as Biden enjoyed strong poll numbers, the move to expand the map revived anxiety among Democrats scarred by Trump’s 2016 upset over Hillary Clinton, whose forays into red states may have contributed to losing longtime party strongholds. Biden planned a Pittsburgh drive-in event with Lady Gaga on Monday night, reminiscent of Clinton’s rallying with Bruce Springsteen and Jon Bon Jovi in Philadelphia on the eve of an election she was favored to win but didn’t.

Short on campaign cash, Trump has been unable to compete with Biden over the airwaves and has relied on rallies to fire up his base. Those events, arguably the most striking political force of the past five years, could draw to a close Monday with stops in North Carolina, Pennsylvania, Wisconsin and two in Michigan. The last was set for Grand Rapids, the city where Trump held his finale four years ago.