Trump to hold campaign rally in New Hampshire on Saturday 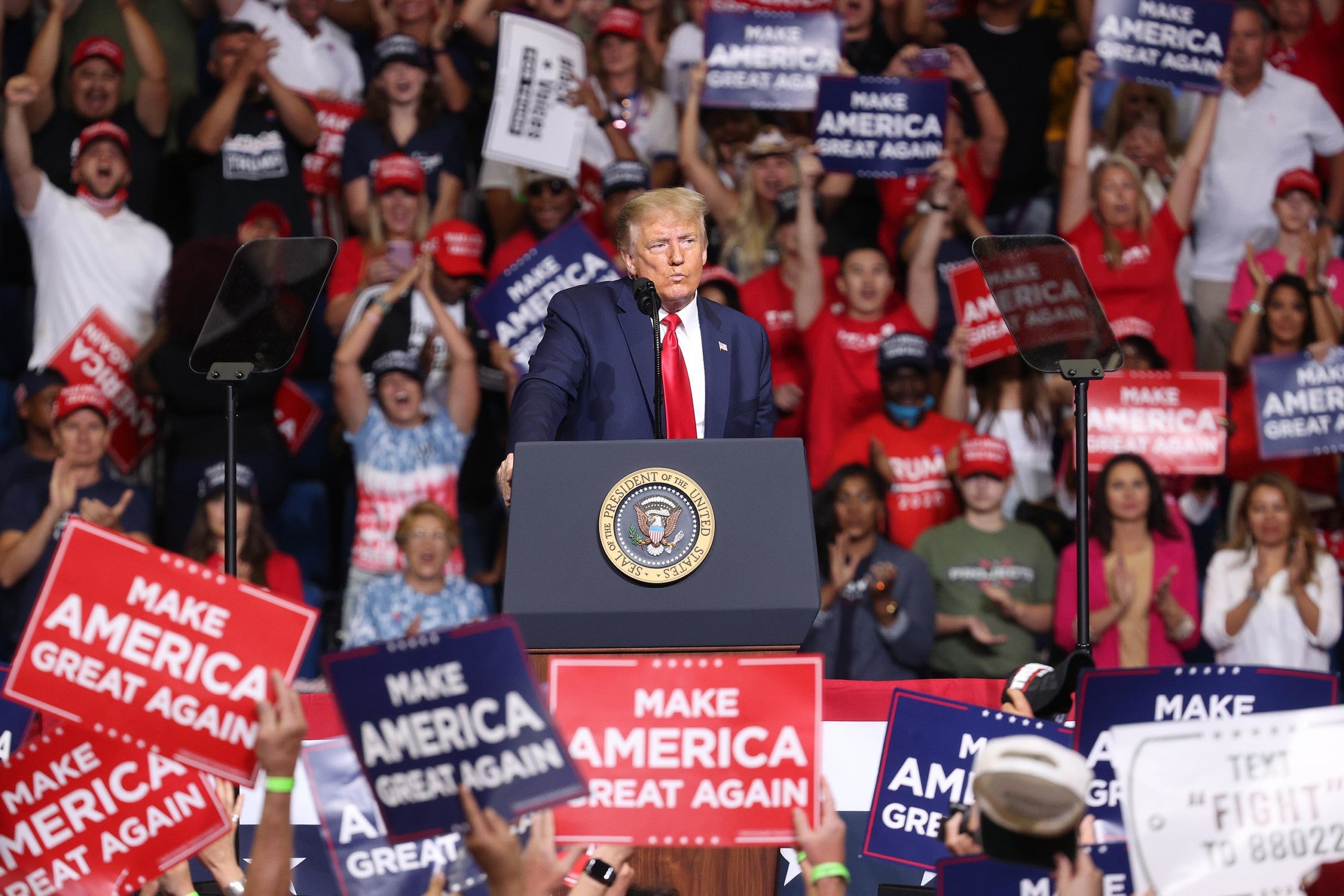 TULSA, OKLAHOMA - JUNE 20: U.S. President Donald Trump speaks at a campaign rally at the BOK Center, June 20, 2020 in Tulsa, Oklahoma. Trump is holding his first political rally since the start of the coronavirus pandemic at the BOK Center today while infection rates in the state of Oklahoma continue to rise. (Photo by Win McNamee/Getty Images via CNN)
by: Paul LeBlanc, CNN
Posted: Jul 6, 2020 / 05:44 AM EST / Updated: Jul 6, 2020 / 05:44 AM EST

(CNN) — President Donald Trump plans to hold a campaign rally in New Hampshire on Saturday as he continues his push for in-person events amid the coronavirus pandemic.

The rally is scheduled to take place at the Portsmouth International Airport at 8 p.m. ET, and “there will be ample access to hand sanitizer and all attendees will be provided a face mask that they are strongly encouraged to wear,” the campaign said in a news release.

The event will be held at an airplane hangar at the Portsmouth International Airport, a campaign source tells CNN. Some of the crowd will be inside the hangar and, depending on the size of the crowd, it will overflow onto the tarmac outdoors, the source said.

New Hampshire is one of the few states reporting a decline in coronavirus cases.

Coronavirus cases are on the rise in 34 states over the past week, with 12 recording an increase of more than 50%, according to data from Johns Hopkins University.

“We look forward to so many freedom-loving patriots coming to the rally and celebrating America, the greatest country in the history of the world,” Trump 2020 national press secretary Hogan Gidley said in a statement.

Retired Brig. Gen. Don Bolduc, a Republican running for US Senate in the state, told CNN Sunday evening he plans to attend Trump’s event while social distancing and “taking the proper safety precautions with everybody else there.”

New Hampshire Democratic Party Chair Ray Buckley, however, said in a statement Sunday, “Trump is flying in for a political rally that will only further highlight the chaos he has caused.”

“Trump’s response to the COVID-19 crisis has been chaotic and woefully inadequate, resulting in thousands of Granite Staters contracting the virus and hundreds of lives lost, while causing significant damage to our state’s economy,” Buckley said.

News of the rally comes as the President continues to navigate fallout from his in-person rally in Tulsa, Oklahoma, last month, where multiple campaign staffers and Secret Service agents tested positive for the virus.

In the end, fewer than 6,200 people attended the rally that was meant to signal Trump’s return to the campaign trail. The low attendance was blamed on the intense backlash from the media and “radical protestors” about convening such a large crowd during the pandemic.

Trump has long viewed rallies as an outlet where he can connect with his supporters in a way that he can’t when he’s in Washington, DC, and has blamed bad poll numbers on his absence from the campaign trail.

Still, Dr. Jonathan Reiner, who was an adviser to the White House medical team under President George W. Bush, said Thursday evening that Trump is “clearly flirting with disaster” by holding rallies and attending events without wearing a mask.

“Just because he’s tested frequently — (it) isn’t a Superman cape. He can get the virus,” Reiner told CNN’s Kate Bolduan on “OutFront.” “The more he flirts with this, the higher the likelihood that he’ll get it.”

Reiner said that due to the President’s age and weight, “he probably has close to a 20% chance of dying if he contracts the virus.” 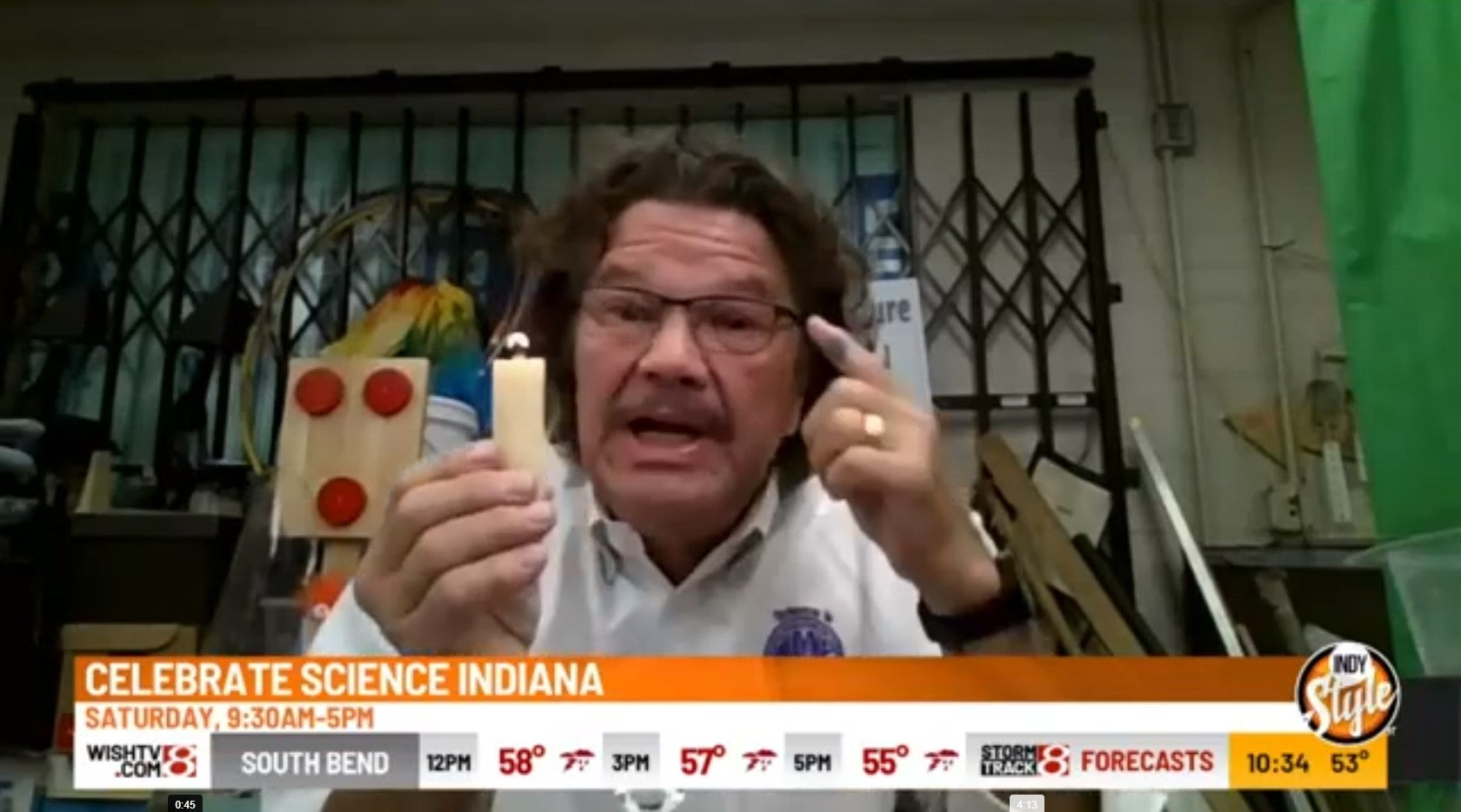