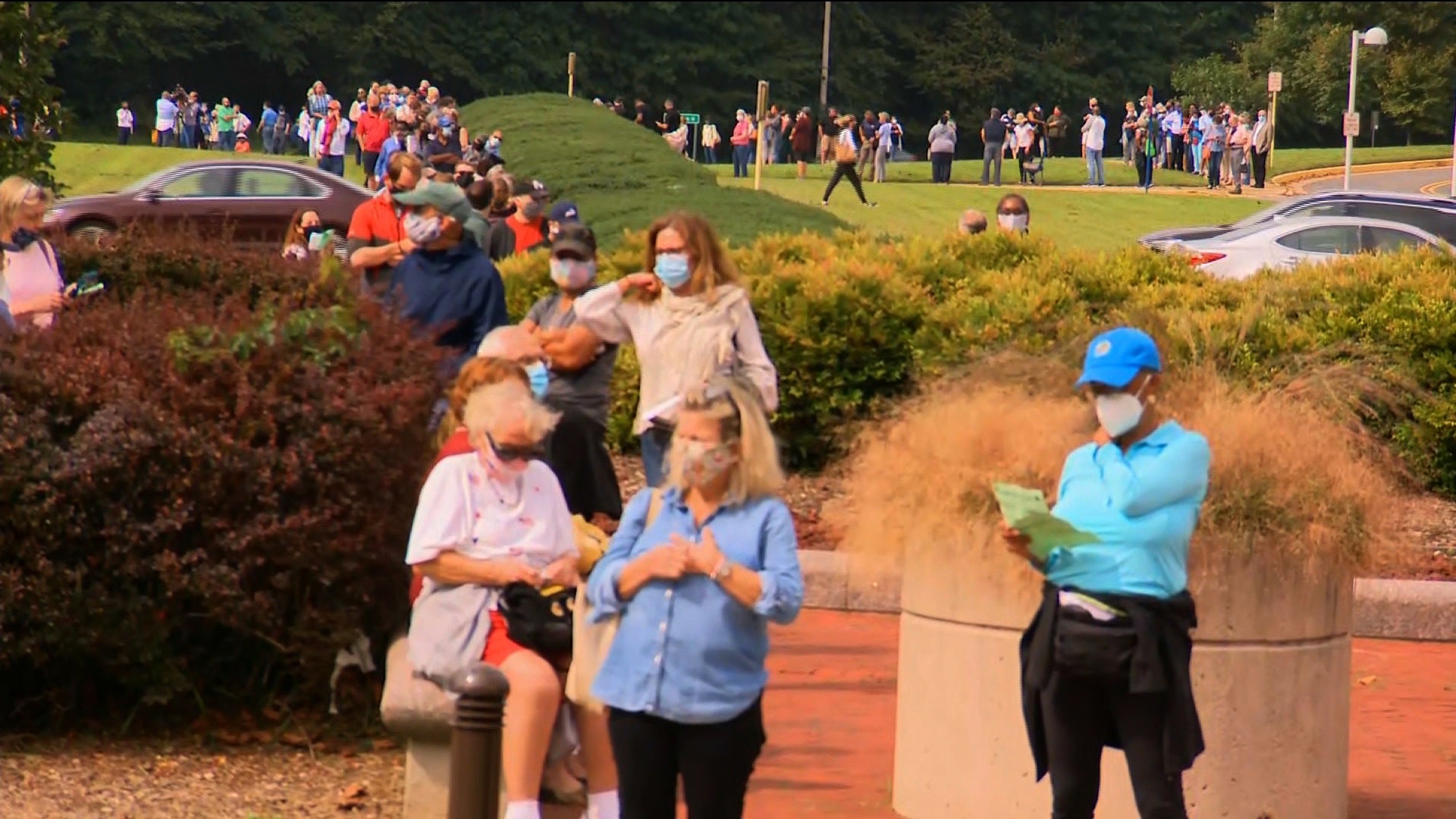 (CNN) — Throngs of voters faced long lines and coronavirus precautions at polling centers in four states on Friday to cast ballots in the 2020 election, describing their choice to vote early and in-person as necessary this year.

Amid fears of the coronavirus pandemic, officials are anticipating an unprecedented amount of mailed ballots as voters look to avoid going to polling centers, where the virus could spread. But Friday, scores of voters turned out to cast early ballots, making both a political and health decision to participate in an election in which concerns about the integrity of the voting process, fueled by President Donald Trump, have spread in recent weeks.

“I don’t trust the mail right now, that’s why (I’m voting today). If I got to stand here all day, I’m going to vote today,” Jim O’Conner, a voter in Fairfax County, Virginia, told CNN.

ELECTION 2020: Send us your stories about voting issues

The line of voters at O’Conner’s polling center could be seen donning face masks and umbrellas as they stood in the morning sun, waiting in a line of hundreds of people that spanned the size of nearly two football fields.

Christine Esposito, a Virginian who said she was able to quickly cast her ballot at a polling center in Charlottesville despite a long, socially distanced line of voters, said her decision to vote early “means I keep poll workers safer on Election Day. I make it easier for those who can’t vote early to do so safely on Election Day.”

Esposito, who said she voted by mail in her congressional primary, also cited a concern about the US Postal Service, saying she “didn’t want to chance Trump’s continued meddling with the USPS.”

Democrats have accused Trump and his postmaster general of attacking the Postal Service in an effort to interfere with its ability to deliver ballots. A federal judge on Thursday said in a case brought by Democratic-led states against them that the administration is “involved in a politically-motivated attack on the efficiency of the postal service” and that “this attack on the postal service is likely to irreparably harm the state’s ability to administer the 2020 general election.”

Michael Bell, who voted on Friday at a center in Fredericksburg, Virginia, said he did so because he wanted “to make a statement that I do not have faith or confidence in our current administration.”

Bell said the process was “safe and easy,” taking about a total of 25 minutes.

In some places, the number of people waiting to cast ballots eclipsed the number seen in 2016, including in Pennington County, South Dakota, where the county’s deputy auditor said that by mid-morning, they had already seen about 150 people come in to vote early since 8 a.m.

“We’re expecting a lot of people,” said Dayna Kiewel. “In 2016, it was probably 100 in a day on the first day of early voting — we’ve already bypassed that in just a couple of hours.”

Kate Hanley, Fairfax County’s Electoral Board secretary, told CNN that officials have “never” seen so many people on the first day of in-person voting.

“We base what we do on previous experience both four years ago and two years ago, when the turn outs are higher, and usually the last day of (in-person voting) is the busiest — this year it’s the first day, so that’s surprised us some,” she said, adding that many voters told her they had concerns about both mailing their ballots and showing up on Election Day to cast one.

Minnesota Secretary of State Steve Simon similarly said interest in in-person early voting is “higher than it was in 2016.”

“Today, both President Trump, and Joe Biden will be in Minnesota so that, I think, might add a little to the sizzle of today … it’s the first day of voting and the two people at the top of the ticket are both here in the state,” Simon said.

In Wyoming’s Laramie County, Clerk Debra Lee says voters were waiting in line at a center before the doors opened and that there’s been a “steady stream” of people coming through on Friday.

“It’s been close to 200 people and we opened at 8:30 a.m.,” Lee said, adding that she expects it to remain busy for the next several days.