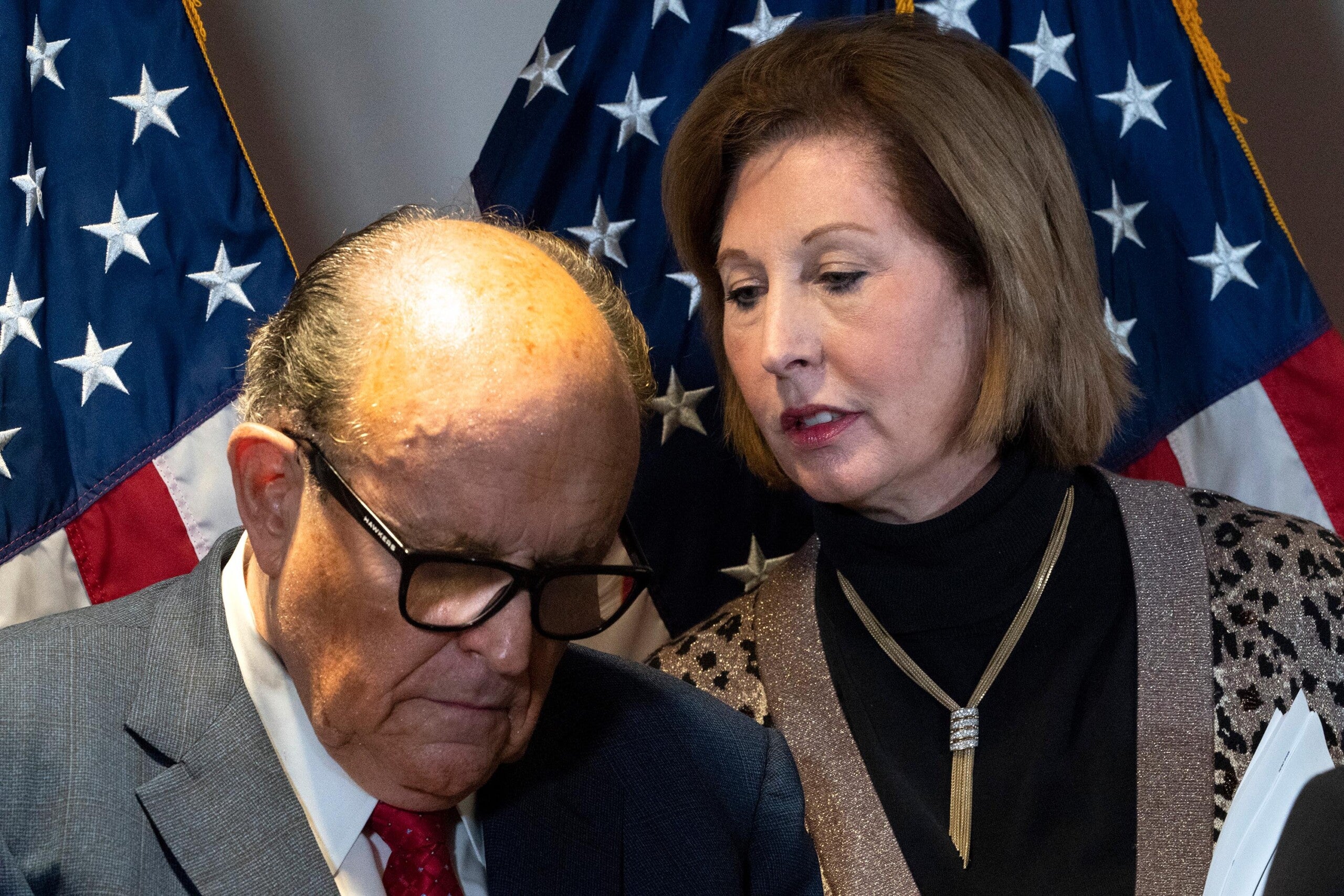 (CNN) — An executive for a voting machine company that has been the target of conspiracy theories in the aftermath of Donald Trump’s 2020 election loss and been baselessly accused of swinging the results against the President is suing his campaign and conservative media figures for defamation.

Trump has called Dominion Voting Systems “a disaster,” and his supporters have pushed the conspiracy theory that the company deleted votes for Trump on its voting equipment and that Dominion’s director of product strategy and security, Eric Coomer, helped subvert the election.

There is no evidence that the 2020 election was stolen from Trump, and his administration and election officials have called it the “most secure” election in U.S. history. President-elect Joe Biden won the popular vote by more than 7 million votes and the electoral map 306 to 232.

The lawsuit names as defendants the Trump campaign, Rudy Giuliani, Trump adviser Sidney Powell, conservative media outlets One America News Network and Newsmax Media, the right-wing website Gateway Pundit, and Colorado businessman and activist Joseph Oltmann, among others. CNN has reached out to those named in the lawsuit.

In recent days — as the threat of legal action loomed larger — several conservative media outlets have begun backtracking some of the more outrageous claims.

In a lawsuit filed Tuesday in Colorado district court, Coomer’s lawyers say the allegations are “false and baseless” and have caused “immense injury to Dr. Coomer’s reputation, professional standing, safety, and privacy.”

The lawsuit says the defendants “relied heavily upon false allegations” made by Oltmann, who claimed in interviews and social media posts that Coomer was a participant in an Antifa conference call that Oltmann said he infiltrated in September.

Asked about the alleged Antifa call, Oltmann told CNN he has “troves of evidence” — which he did not immediately provide — and said, “truth is the great equalizer in all of this.”

Oltmann claimed he heard one of the speakers on the purported call identified as “Eric from Dominion” who told participants, “Trump is not gonna win. I made f-ing sure of that.” Oltmann, who said he was paraphrasing the conversation, has not provided a recording of the alleged call nor an explanation of how he learned about it and gained access, according to the lawsuit.

Coomer’s attorneys have denied that the Dominion executive had knowledge of the purported call, participated in it or made such comments.

The suit also lists a multitude of specific threats allegedly made against Coomer and says the harassment forced Coomer to flee his home “in fear for his safety.” Coomer has been living in hiding since shortly after the election, he recently told Colorado Public Radio.

He is seeking damages as well as the public retraction of all statements judged to be defamatory.

In a statement Tuesday, Coomer said the lawsuit is “an effort to unwind as much of the damage as possible done to me, my family, my life, and my livelihood as a result of the numerous false public statements that I was somehow responsible for ‘rigging’ the 2020 presidential election.”

Dominion itself is not a party to the suit.

The Denver-based company, however, said in a statement to CNN that “Sidney Powell and many others—including some news organizations—have trampled on countless reputations as they pandered their ridiculous conspiracy theories.”

The voting technology company Smartmatic, which has faced similar conspiracy theories, had sent a blistering legal threat to Newsmax, One America News and Fox News earlier this month, saying that the outlets helped spread false and defamatory claims that could be debunked with basic research. Newsmax on Monday issued a “clarification” that it has no evidence Dominion or Smartmatic manipulated votes in the 2020 election, and Fox over the last week has aired a video package debunking several claims made by its own hosts or guests.

On Saturday, Trump’s campaign legal team sent a memo to dozens of staffers instructing them to preserve all documents related to Dominion and Powell in anticipation of potential litigation by the company.

The memo, viewed by CNN, references a letter Dominion sent to Powell last week demanding she publicly retract her accusations and instructs campaign staff not to alter, destroy or discard records that could be relevant.

The Trump campaign at one time sought to distance itself from Powell after she held a conspiracy-filled news conference with his other attorneys, Giuliani and Jenna Ellis. But since then, Powell has visited the White House at least twice, and Trump has considered naming her as a special counsel to investigate voter fraud allegations his own administration has said are baseless.