Wisconsin absentee case may be headed to US Supreme Court 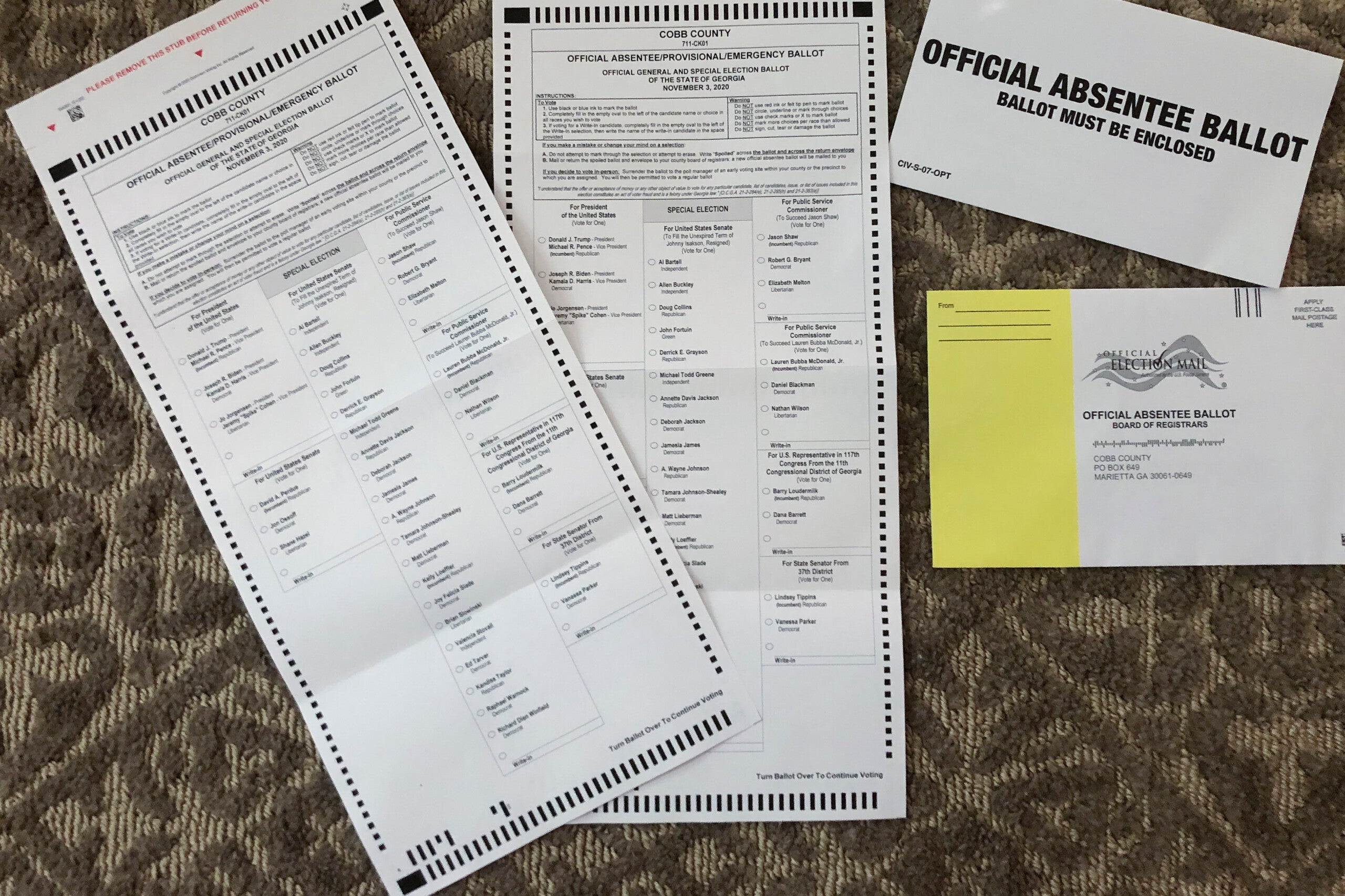 MADISON, Wis. (AP) — Democrats and their allies said Tuesday they will ask the U.S. Supreme Court to decide whether absentee ballots in battleground Wisconsin that are received up to six days after the election can be counted — a move being fought by Republicans who have opposed other attempts across the country to expand voting.

Democrats argue that the flood of absentee ballots and other challenges posed by the coronavirus pandemic make it necessary to extend the period in which ballots can be counted. Wisconsin is one of the nation’s hot spots for COVID-19, with hospitalizations treating a record high number of patients with the disease.

Republicans oppose the extension, saying voters have plenty of opportunities to cast their ballot by the close of polls on Election Day and that the rules should not be changed so close to the election.

A federal judge in September sided with Democrats and said ballots postmarked by Election Day, Nov. 3, could be counted if they’re received by Nov. 9. The judge also ruled that poll workers could include people from outside the county, a change Democrats wanted in order to make it easier to fill vacancies. The judge’s ruling also extended the state’s deadline for registering by mail or electronically by seven days, from Wednesday until Oct. 21.

“We hope that the Supreme Court will do the right thing and allow election officials to count all valid ballots cast by Election Day, even if ballots are delayed in the mail and arrive a few days later,” said Farbod Faraji, an attorney at Protect Democracy, a Washington, D.C.-based group assisting Democrats with the lawsuit. “But voters should not count on that. Everyone voting absentee should submit their ballot as early as possible, so that their municipal clerk receives it no later than 8:00 pm on November 3rd.”

The planned request for the Supreme Court to take the case comes amid confirmation hearings for conservative Amy Coney Barrett, whom President Donald Trump selected to replace the late Ruth Bader Ginsburg, a liberal icon. While Barrett’s nomination is pending, the Supreme Court has a 5-3 conservative majority.

There are numerous similar fights over absentee ballots happening in other battleground states.

In neighboring Minnesota on Monday, a federal judge upheld a state court agreement that allows the counting of absentee ballots received up to seven days after Election Day. In Michigan, Republicans are appealing a ruling that extended the deadline to receive mail ballots postmarked before Election Day to Nov. 17. And in Pennsylvania, Republicans asked the U.S. Supreme Court to put a hold on a ruling that extends the deadline for counting and receiving mail-in ballots. In North Carolina, several Republican lawsuits challenge a settlement in which the state elections board agreed to change the way defective mail ballots can be fixed by voters.

There is also a federal lawsuit in North Carolina related to witness signature requirements for absentee ballots.

In Wisconsin, absentee ballots typically must be received by 8 p.m. on Election Day. But this year, as many as two-thirds of all ballots, or roughly 2 million, are projected to be cast absentee, which Democrats fear will overwhelm local election officials. Absentee ballots can’t be counted in Wisconsin until 7 a.m. on Election Day. A group of Democratic lawmakers on Tuesday called for Republicans who control the Legislature to convene a special session to change the law before Election Day. Republicans have rejected earlier calls to change the law.

Democrats cite problems in Wisconsin’s April presidential primary election, including long lines at the polls and thousands of ballots mailed after the election, as reasons to grant an extension. They also argue that potential delays in mail delivery could cause the late arrival of ballots.

Those suing to receive the extension are the Democratic National Committee; the Wisconsin Democratic Party; the League of Women Voters of Wisconsin; Disability Rights Wisconsin; and Black Leaders Organizing for Communities, a Milwaukee-based advocacy group working to defeat Trump.

The Republican National Committee, the Wisconsin Republican Party and state Republican lawmakers are fighting the lawsuit.