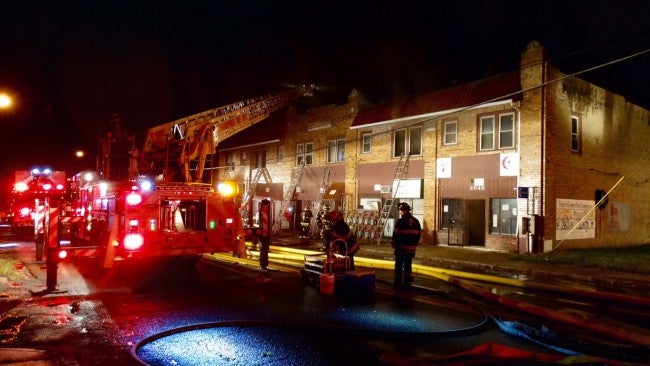 The fire occurred at a two story building on North Harding Street and Roache Street.

IFD crews arrived on scene minutes later after being dispatched and began fighting the flames.

According to IFD, crews were able to get the fire under control just before 2 a.m.

The two-story structure housed six commercial units in the lower section of the building with apartment spaces on the second floor.

Fortunately, the entire building was vacant at the time and no injuries were reported.