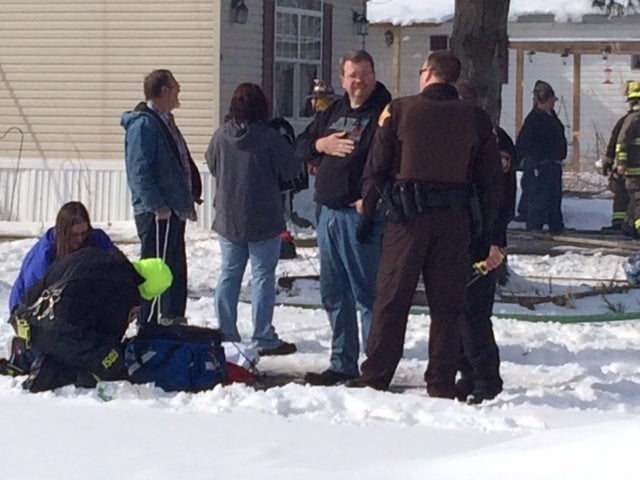 FORT WAYNE, Ind. (WANE) Firefighters battled a fire at a mobile home south of Fort Wayne Saturday morning. A firefighter at the scene said one dog was transported to a veterinarian hospital in critical condition.

WISH-TV News sister station WANE News reported that at 10:42 a.m., multiple fire departments responded to Mill Road Estates located at the 15000 block of Mill Road, which is north of Hoagland Road and west of U.S. Highway 27.

At first firefighters thought there may be more than one dog trapped inside the home, however they later learned there was only one dog.

The fire started in the back of the house, where the dog was later found by a firefighter.

Authorities said there were no other injuries.