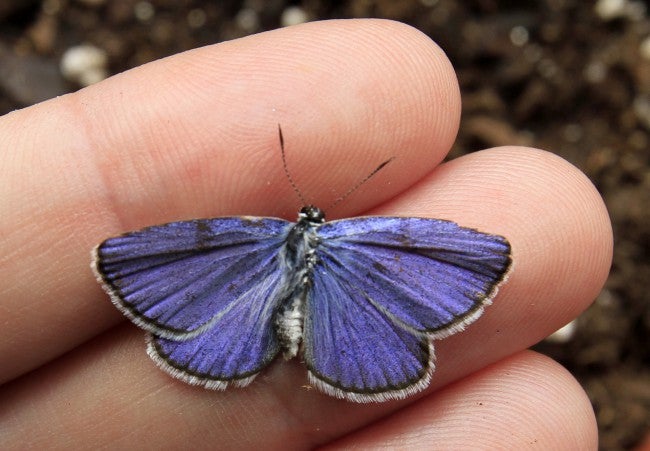 PORTER, Ind. (AP) – No signs of the endangered Karner blue butterfly have been found at the Indiana Dunes National Lakeshore this spring and officials are worried the tiny insect could be gone from the area.

U.S. Geological Survey ecologist Ralph Grundel says surveys in the late 1990s found more than 1,000 of the butterflies in the park along Lake Michigan but that declined to where only two were spotted last year.

Grundel tells The (Munster) Times that the decline could’ve been caused by a hot weather in 2012, which killed many of the perennial wild lupine plants that are the sole food source for the insects as caterpillars.

The Karner butterflies have only been spotted in five states. Grundel says the National Park Service could try reintroducing them at the Indiana Dunes.