After years of suspicion, reckoning for high-flying R. Kelly 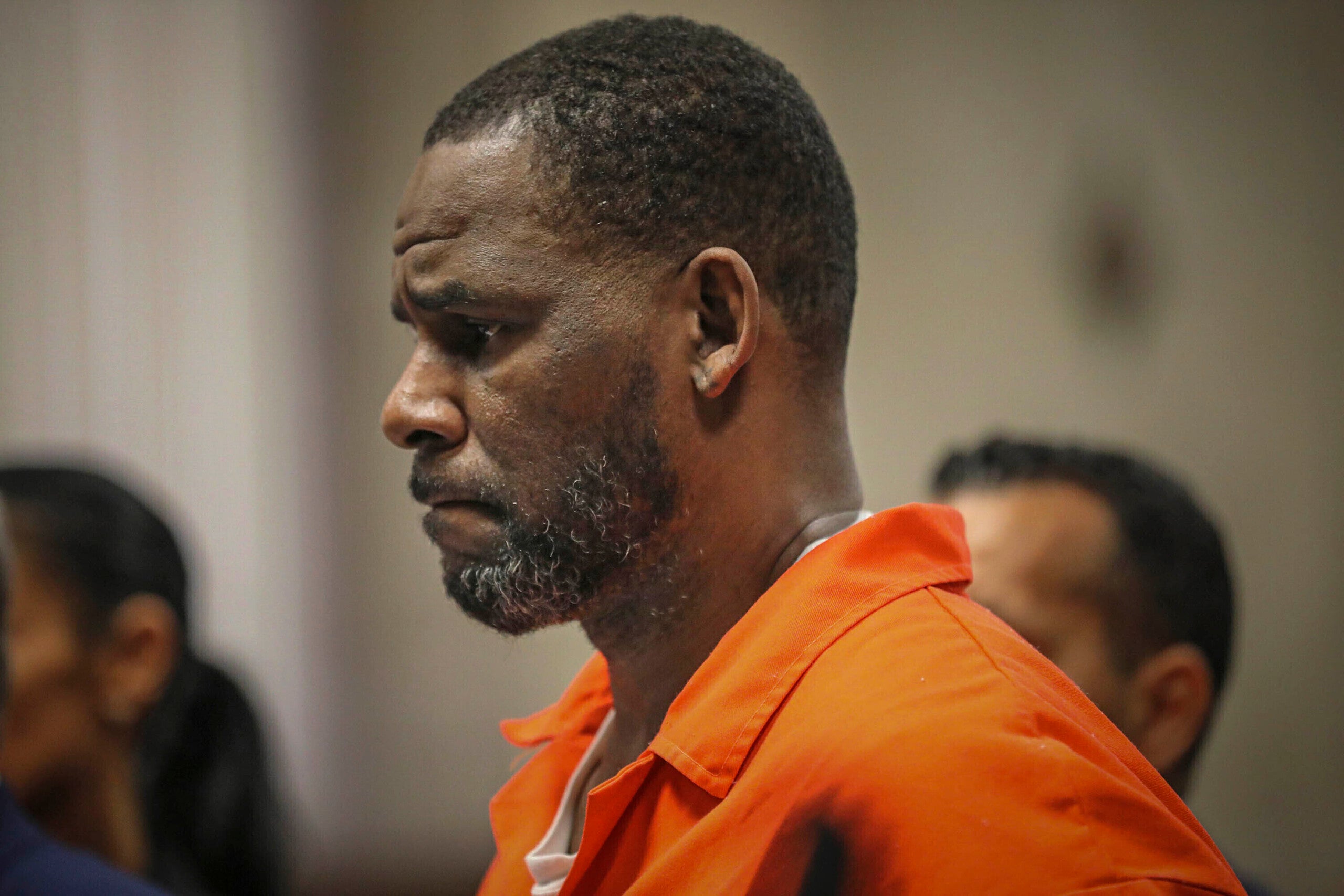 FILE - In this Sept. 17, 2019, file photo, R. Kelly appears during a hearing at the Leighton Criminal Courthouse in Chicago. The R&B star gained weight and lost money while he awaits a sex-trafficking trial that starts in earnest next week, his lawyers said Tuesday, Aug. 3, 2021, at a court hearing. The revelations came as U.S. District Judge Ann M. Donnelly in New York made a series of rulings to narrow down what evidence can be shown to jurors. (Antonio Perez/Chicago Tribune via AP, Pool, File)
by: By TOM HAYS Associated Press
Posted: Aug 17, 2021 / 11:46 AM EST / Updated: Aug 17, 2021 / 11:46 AM EST

NEW YORK (AP) — Most people know him for “I Believe I Can Fly,” the 1996 sing-along hit that became an inspirational anthem played at school graduations, weddings and in advertisements. Or possibly for a stinging parody by comedian Dave Chappelle.

But starting this week, what prosecutors say was a not-so-secret dark side of R&B superstar R. Kelly will be presented in lurid detail for a jury in New York City.

The federal trial comes after years of frustration among women who say they were sexually abused by the 54-year old singer, who vehemently denies any wrongdoing.

If the trial brings some satisfaction to women who say they were victims of Kelly’s alleged depravity “there’s also a feeling of ‘too little too late,’” said Jim DeRogatis, a music writer and college professor who authored a book on Kelly called “Soulless: The Case Against R. Kelly.”

“Thousands of people,” he said, “knew about his behavior for decades.”

The question is “why didn’t anyone notice?” writer Mikki Kendall said in the documentary series “Surviving R. Kelly.” “The answer is that we all noticed. No one cared because we were Black girls.”

Opening statements are slated for Wednesday before a jury made up of seven men and five women. The trial, coming after several delays due mostly to the pandemic, will unfold under coronavirus precautions restricting the press and the public to overflow courtrooms with video feeds.

Even before Kelly beat a narrowly constructed child pornography case in Chicago in 2008 with one alleged victim and a home video that a jury found unpersuasive, his alleged perversions were part of pop culture. In 2003, the “Chappelle’s Show” aired a mock music video which starred Chappelle as R. Kelly performing a song about an allegation that he urinated on an underage girl.

But after the acquittal, Kelly’s life went on as before. He continued touring and recording, including a 2013 duet with Lady Gaga titled “Do What U Want.”

With the dawn of the #MeToo era, Kelly came under renewed media scrutiny fueled by the widely watched “Surviving R. Kelly.” The work in part delves into how a cadre of supporters protected Kelly and silenced his victims for decades, foreshadowing a federal racketeering conspiracy case that landed Kelly in jail in 2019. He was initially behind bars in Chicago before being transferred to New York City in June.

The New York case is only part of the legal peril facing the singer, born Robert Sylvester Kelly. He also has pleaded not guilty to sex-related charges in Illinois and Minnesota.

Kelly was already feeling a cultural-shift backlash in 2018, when The Women of Color branch of Time’s Up publicly supported the #MuteRKelly movement, a social media campaign meant to turn up the heat for his record label to drop him. His camp responded with a statement describing his treatment as a “lynching” of a Black man who respected women.

“Soon it will become clear Mr. Kelly is the target of a greedy, conscious and malicious conspiracy to demean him, his family and the women with whom he spends his time,” the statement said.

It was a reaction that could become the crux of the defense at the trial of the Grammy-winning, multiplatinum-selling singer. Some of his lawyers have said Kelly’s alleged victims were “groupies” who only started accusing him of abuse years later because of the #MeToo movement.

Prosecutors paint a different picture, detailing how an enterprise of managers, bodyguards and other employees helped Kelly recruit and transport women and girls for sex. The travel violated the Mann Act, the 1910 law that made it illegal to “transport any woman or girl” across state lines “for any immoral purpose” — the same law that sent rock legend Chuck Berry to prison in 1959.

Prosecutors in Brooklyn have lined up multiple female accusers — mostly identified in court papers as “Jane Does” — and cooperating former associates who have never spoken publicly before about their experiences with Kelly.

When the women and girls arrived at the lodging, a member of Kelly’s entourage would provide them with instructions prohibiting them from interacting with each other, prosecutors said in court papers. At the concerts, they were positioned so that Kelly could see them from stage.

Kelly had rules barring partners leaving their room to eat to go to the bathroom without receiving his permission and from looking at other men. He told them how they should dress, and required them to call him “Daddy.”

The breadth of the latest investigation also brings a new twist that sets it apart from other signature #MeToo era cases like those of Jeffrey Epstein and Harvey Weinstein: Prosecutors say there will be new evidence about at least two underage “John Doe” victims.

The documents say Kelly also groomed two teenage boys, including a 17-year-old he met at a local McDonalds in late 2016.

“Thereafter, Kelly invited John Doe #1 into his studio under the guise of helping and mentoring John Doe #1 with his musical aspirations,” the papers say. “Kelly also asked John Doe #1 what he was willing to do to succeed in the music business and clarified that he wanted John Doe #1 to engage in sexual contact with Kelly.”

Kelly developed a sexual relationship with another boy he met as a teen, the papers say. He later paid for the victim to have sex with some of his girlfriends, sometimes filming the encounters, they say.

“I believe some of what’s going to come out will shock people,” DeRogatis said.