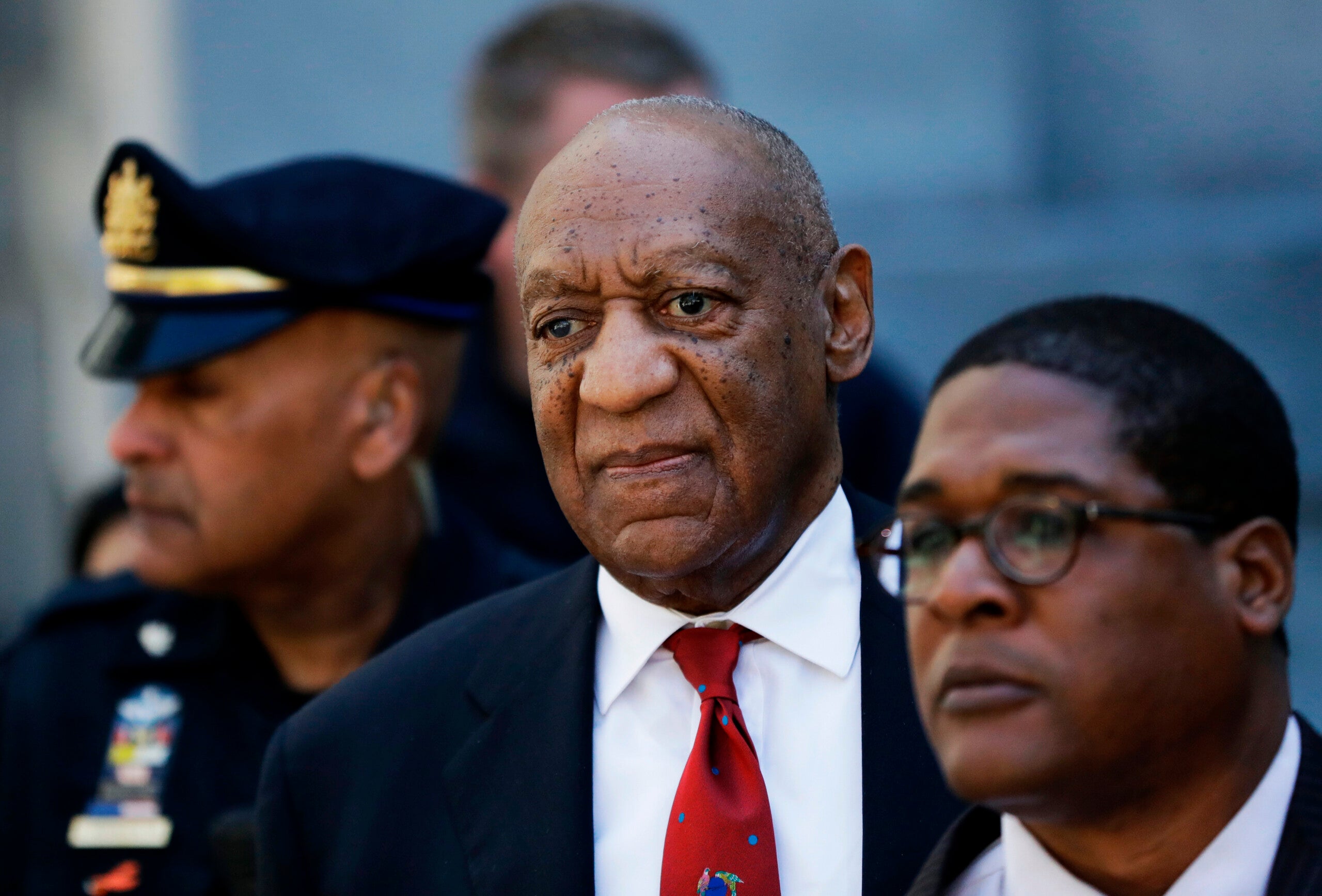 FILE - In this April 26, 2018 file photo, Bill Cosby, center, leaves the the Montgomery County Courthouse in Norristown, Pa., after being convicted of drugging and molesting a woman. The actor has spent more than two years in prison since he was convicted of sexual assault in the first celebrity trial of the #MeToo era. Now the Pennsylvania Supreme Court is set to hear his appeal of the conviction on Tuesday, Dec. 1, 2020. The arguments will focus on the trial judge's decision to let five other accusers testify for the prosecution. (AP Photo/Matt Slocum, File)
by: Steve Forrest, CNN
Posted: May 28, 2021 / 07:23 AM EST / Updated: May 28, 2021 / 07:23 AM EST

(CNN) — Bill Cosby has been denied parole by the Pennsylvania Parole Board, which cited a number of reasons for its decision, according to a letter from the board obtained by CNN.

Cosby, 83, is currently serving a 3-to-10-year sentence at a prison outside Philadelphia for drugging and sexually assaulting a former Temple University employee at his home in 2004.

The letter, which indicated the board’s decision was rendered on May 11, said Cosby must “participate in and complete additional institutional programs.”

The board cited Cosby’s “failure to develop a parole release plan” and a “negative recommendation by the Department of Corrections” as factors that contributed to the decision.

The letter stated that at Cosby’s next interview with the board, it will review and consider whether he has successfully participated in and completed a treatment program for sex offenders and violence prevention.

Cosby, according to the letter, must maintain a “clear conduct record.”

Andrew Wyatt, a spokesperson for the disgraced actor, said the news of the denial was no surprise to Cosby, his family, his friends and his legal team.

“Mr. Cosby has vehemently proclaimed his innocence and continues to deny all allegations made against him, as being false, without the sheer evidence of any proof. Today, Mr. Cosby continues to remain hopeful that the Pennsylvania State Supreme Court will issue an opinion to vacate his conviction or warrant him a new trial,” Wyatt said in a statement to CNN on Thursday.

Cosby was convicted and sentenced in 2018 in the first high-profile celebrity criminal trial of the #MeToo era, following a 2017 mistrial.

Last December, the Pennsylvania Supreme Court heard arguments regarding an appeal filed by Cosby’s legal team to overturn the conviction, and a ruling on the appeal has yet to be made.