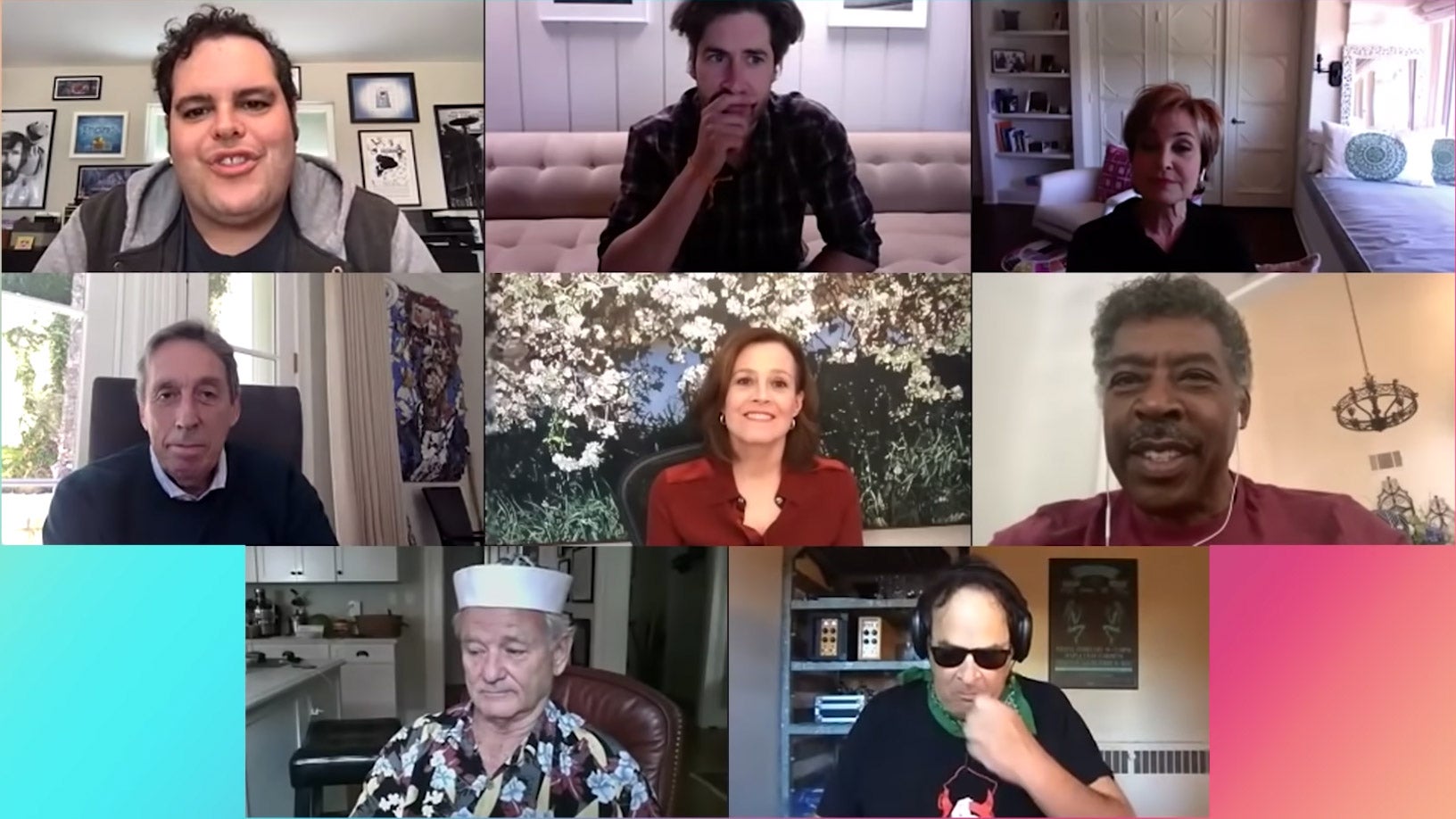 (CNN) — The cast of “Ghostbusters” reunited for a good cause on Josh Gad’s “Reunited Apart” YouTube show.

To raise funds for the Equal Justice Initiative, Gad hosted the stars of the 1984 hit film, including Bill Murray, Dan Aykroyd, Sigourney Weaver, Ernie Hudson and Annie Potts. Director Ivan Reitman also joined, along with his son Jason Reitman, who wrote and directed “Ghostbusters: Afterlife,” scheduled for release in 2021.

The cast recalled memories from the shoot, with Akroyd revealing that a lot of the movie was improvised.

After Reitman showed the cast an early cut of the Slimer ballroom scene without special effects, they began to worry what exactly they were involved in.

“I remember going back to work on Monday and saying, ‘Guys, let’s all calm down. [The movie’s] gonna be really big,'” Murray said.

Everyone also shared memories about their late co-star Harold Ramis, with Akroyd calling him “an incredible writing collaborator.”

Gad revealed on Instagram that the reunion has raised has raise $130,000 and counting for the Equal Justice Initiative.