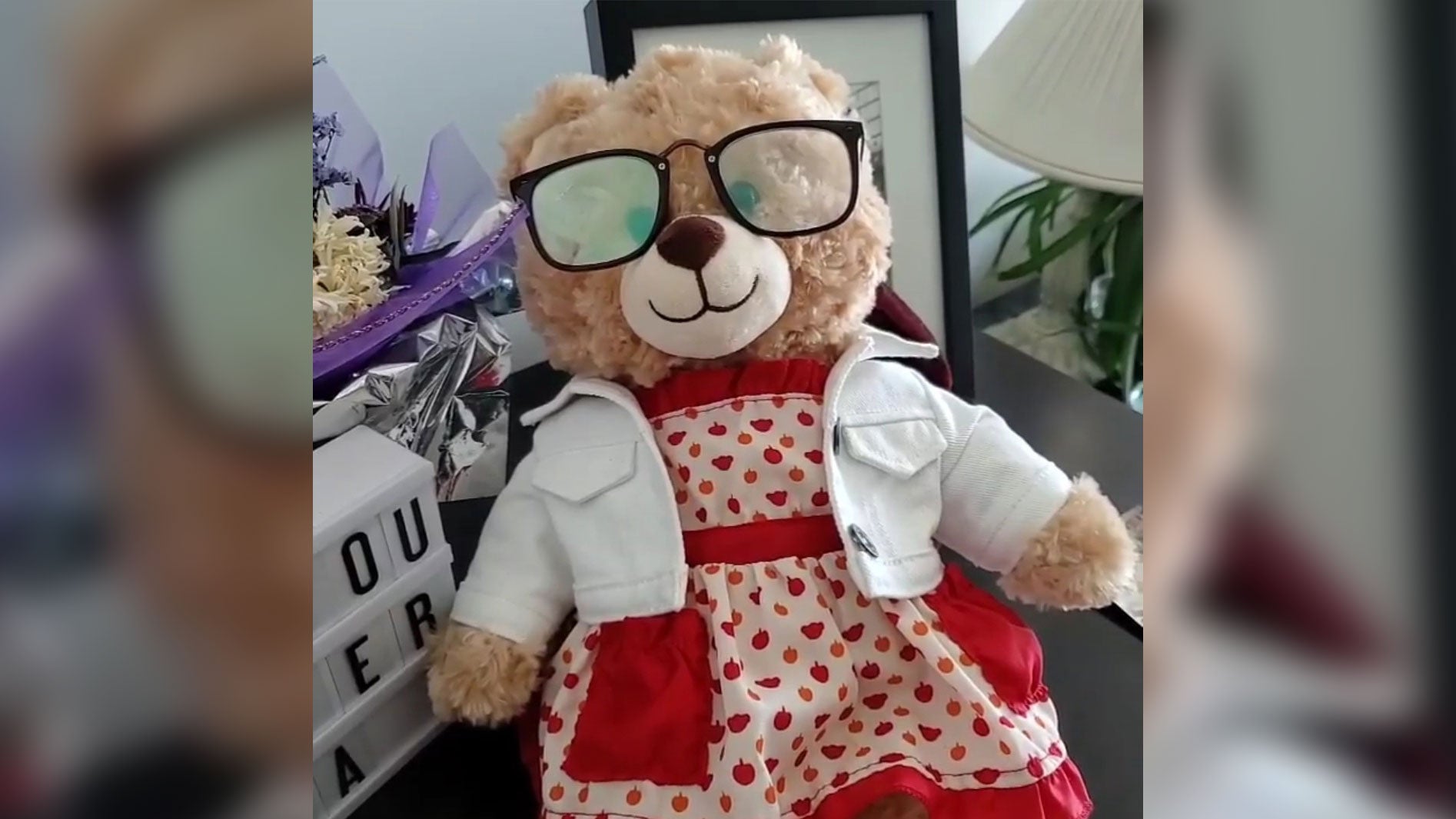 (CNN) — The teddy bear wore a red and white dress with a white jean jacket. Like other stuffed animals, it was a relic of its owner Mara Soriano’s past.

But for the 28-year-old Vancouver resident, the bear wasn’t just a forgotten object. It carried a message: Her dying mother’s final voice recording to her.

Last week, amid a hectic move, the bear — packed in a bag with other valuables — was stolen from outside of the U-Haul Soriano and her fiance had rented to pack their belongings.

“It was so important to me because she had a recording on it that was specifically just for me that said she loved me, she was proud of me, and she’ll always be with me,” Soriano told CNN. “I hugged it every time I missed her.”

Now, Soriano is searching for the bear — and others, including a handful of celebrities, are trying to help.

Soriano’s mom, Marilyn Soriano, died on June 29, 2019, after battling cancer. She was 53. Soriano said her mom gifted her the bear, which includes a voice recorded message, shortly before her passing. The bear is also wearing black frame glasses just like her mom did.

“It was her signature look,” Soriano said.

The bear was in a bag with other important items, including passports, citizenship paperwork, insurance cards, an iPad and a Nintendo Switch.

On Friday, as Soriano was moving into a new place with her fiance in Vancouver, she set the bag down in a hurry.

One of her friends who was en route to help them unload the truck had been in a biking accident.

“I dropped everything next to the U-Haul and just tried to make my way to my friend as quickly as possible,” Soriano said. “In my rush, I neglected to tell my fiance that I put the bag by the front of the U-Haul, he immediately started unloading the back of it so he didn’t even know it was at the front.”

Thankfully, Soriano said her friend was able to get to the hospital and is doing OK. But back at the new apartment, her bag was nowhere in sight.

After reviewing security footage, she said, they saw someone had grabbed the bag and walked away in a matter of minutes.

The search for the stolen bear spread on social media after CNN news partner CBC reported the story.

It even caught the attention of actor Ryan Reynolds, who offered a reward of $5,000 for the return of the bear.

“Vancouver: $5,000 to anyone who returns this bear to Mara,” Reynolds tweeted Saturday. “Zero questions asked. I think we all need this bear to come home.”

Other celebrities including Dan Levy and Zach Braff tweeted their sentiments in hopes of reuniting Soriano with the bear.

On Sunday, Soriano walked up and down the streets in the area posting posters featured the bear in hopes someone will come forward with information.

Vancouver Police tweeted that anyone who has seen the bear to call the at 604-717-3321. Soriano even set up an email account for anyone with information.

She said she received some leads, but the bear still hasn’t been found as of Sunday morning.