Courteney Cox says she doesn’t even remember being on ‘Friends’ 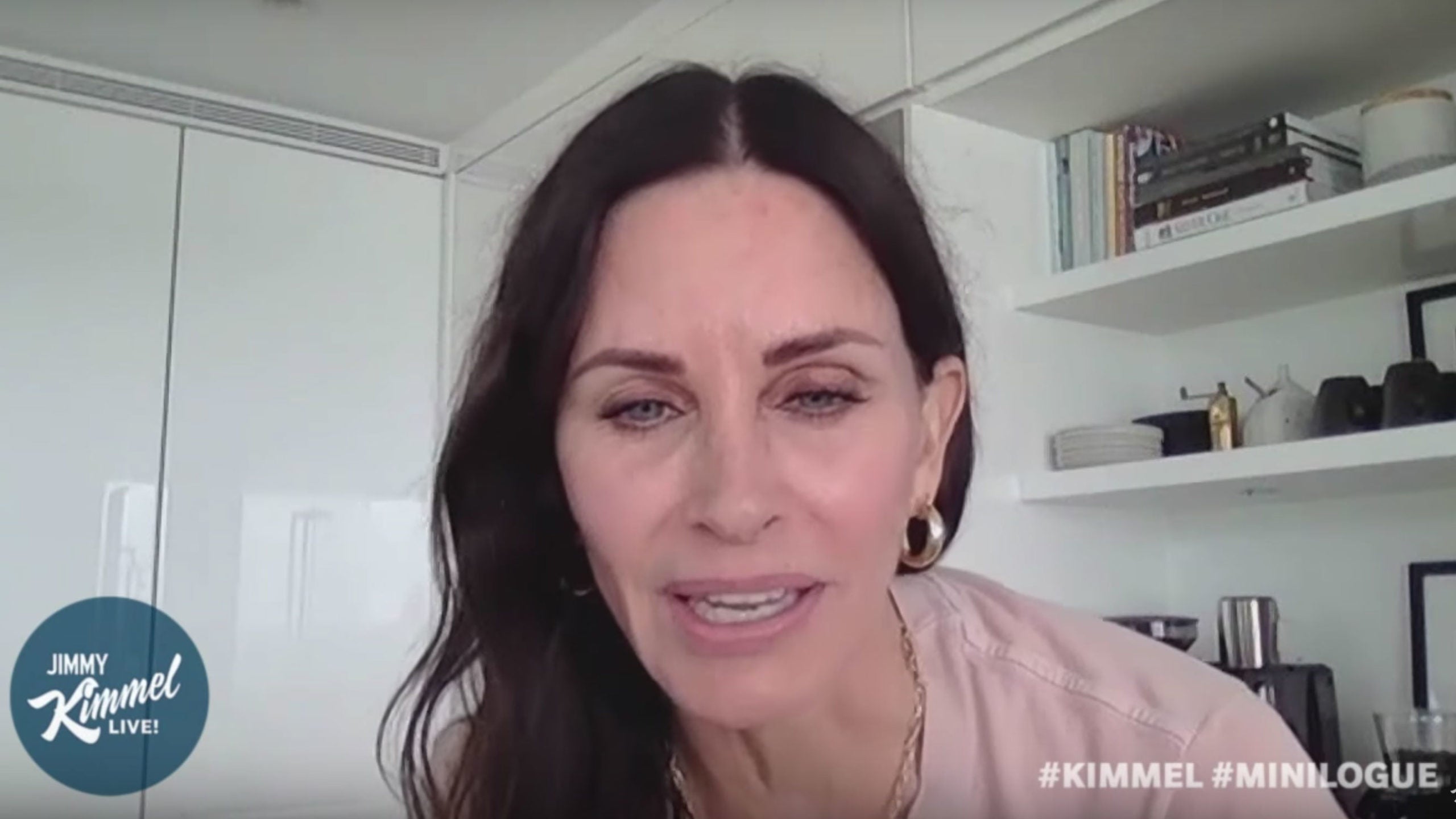 (CNN) — The one where Courteney Cox forgets she was even on “Friends.”

The actress appeared via video on Jimmy Kimmel, where she revealed she really doesn’t remember much about playing the tightly wound chef Monica Geller.

“I don’t remember even being on the show, I have such a bad memory,” she laughed, adding, “I remember obviously loving everybody there and having fun and I remember certain times of my life. I was there, but I don’t remember episodes.”

Cox said she has started binge watching the show, which she purchased on Amazon Prime.

She participated in a YouTube Quarantine Minilogue trivia game, with all the questions based around her character on “Friends.” Cox lost to Kimmel’s cousin (5-0). She didn’t know who Monica’s first kiss was with, when Monica learned to tell time (13), and who peed on her leg in “The One With The Jellyfish.”

Cox asked viewers to donate to Meals On Wheels at the end. She also talked about the fact that filming on the “Friends” reunion special, featuring Cox and co-stars Jennifer Aniston, Lisa Kudrow, Matthew Perry, Matt LeBlanc and David Schwimmer, has been postponed due to the coronavirus outbreak.