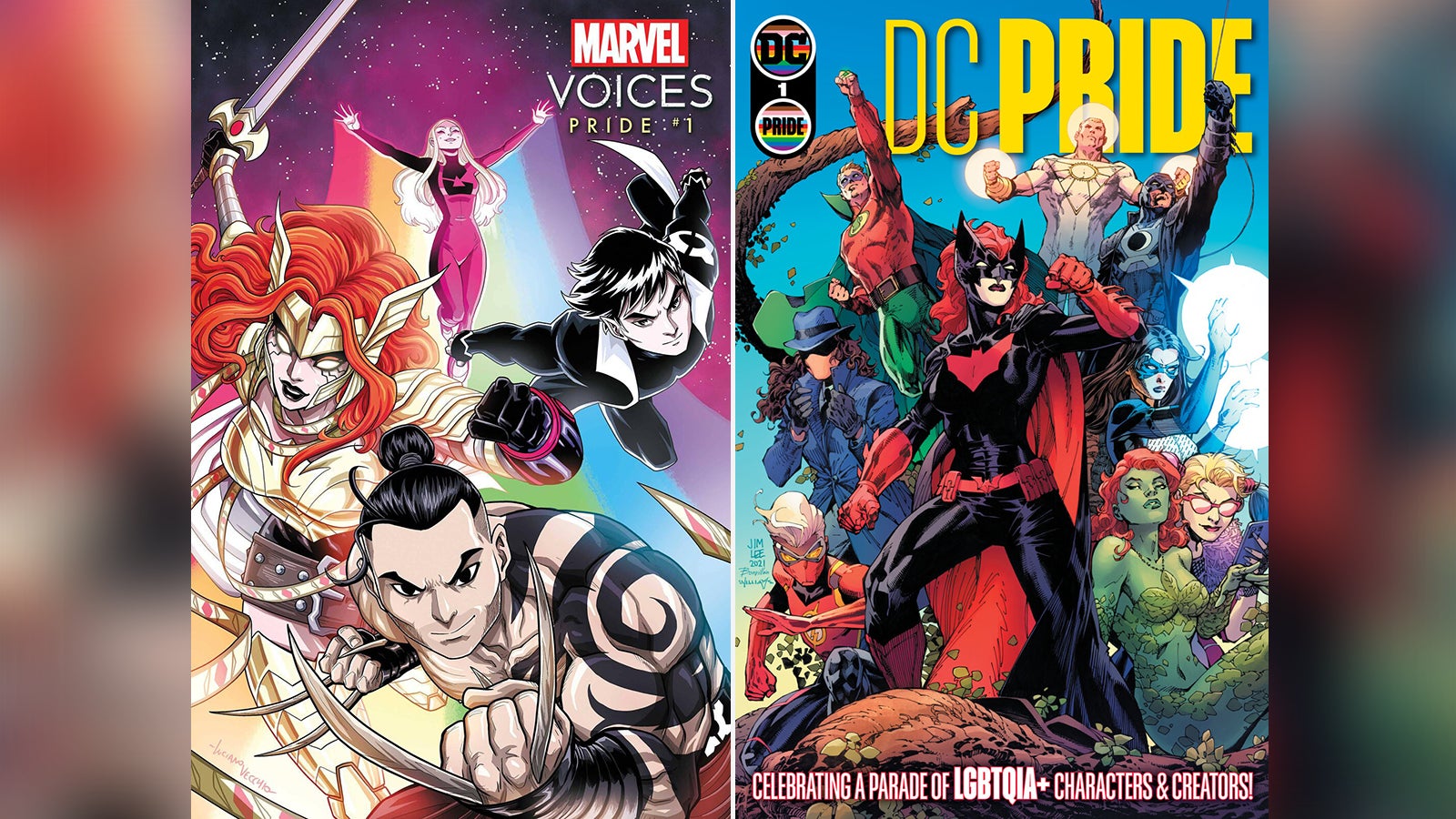 The companies both announced they will launch LGBTQ anthologies in June.

Here’s what we know so far.

The DC Pride comic will be 80 pages long and feature many of their recognizable characters fans know and love including Batwoman, Renee Montoya, Alan Scott, Midnighter, Apollo, Extraño, Poison Ivy and Harley Quinn, according to the comic company.

“DC Pride #1 will (also) include full-page profiles of DCTV’s LGBTQIA+ characters and the actors who play them,” the news release said.

“Fans of The CW’s Supergirl will be thrilled to see the first comic book appearance of Dreamer, a trans woman superhero, in a story written by actor Nicole Maines, who plays Nia Nal/Dreamer on Supergirl.”

As part of the overall Pride plans, DC said it is also publishing GLAAD Media Award-nominated comic “Suicide Squad: Bad Blood” by Tom Taylor and Bruno Redondo on April 27, DC’s gothic LGBTQIA+ romance “Poison Ivy: Thorns” by Kody Keplinger and Sara Kipin on June 1, and a young adult graphic novel by Mariko Tamaki and Yoshi Yoshitani called “I Am Not Starfire” on July 27.

Marvel will feature the stories of many recognizable characters

“Marvel’s Voices: Pride #1″ will publish on June 23 and it will be “Marvel’s first-ever queer-centered special spotlighting Marvel’s growing tapestry of LGBTQ+ characters,” according to the company.

The graphic novel will feature the stories of many recognizable characters including Mystique and Destiny, Nico Minoru and Karolina Dean, Iceman, Daken and Karma. The book will also revisit some of Marvel’s groundbreaking moments and explore the history of LGBTQ+ inclusion and storytelling at Marvel Comics, according to the company.

“It blew my mind when I learned this special was being put together,” Marvel artist Luciano Vecchio said in a statement. “Something that not too long ago seemed a wild dream is finally happening!”

“I think this is one of those history-making touchstones for LGBTQ+ representation in Marvel, one of those moments that sets the bar higher and starts a lasting paradigm shift, and I’m just grateful to be lucky enough to be asked to contribute to it.”

Marvel has also featured other unique characters in individual comics such as “Marvel Voices: Indigenous Voices” and “Marvel’s Voices: Legacy.”