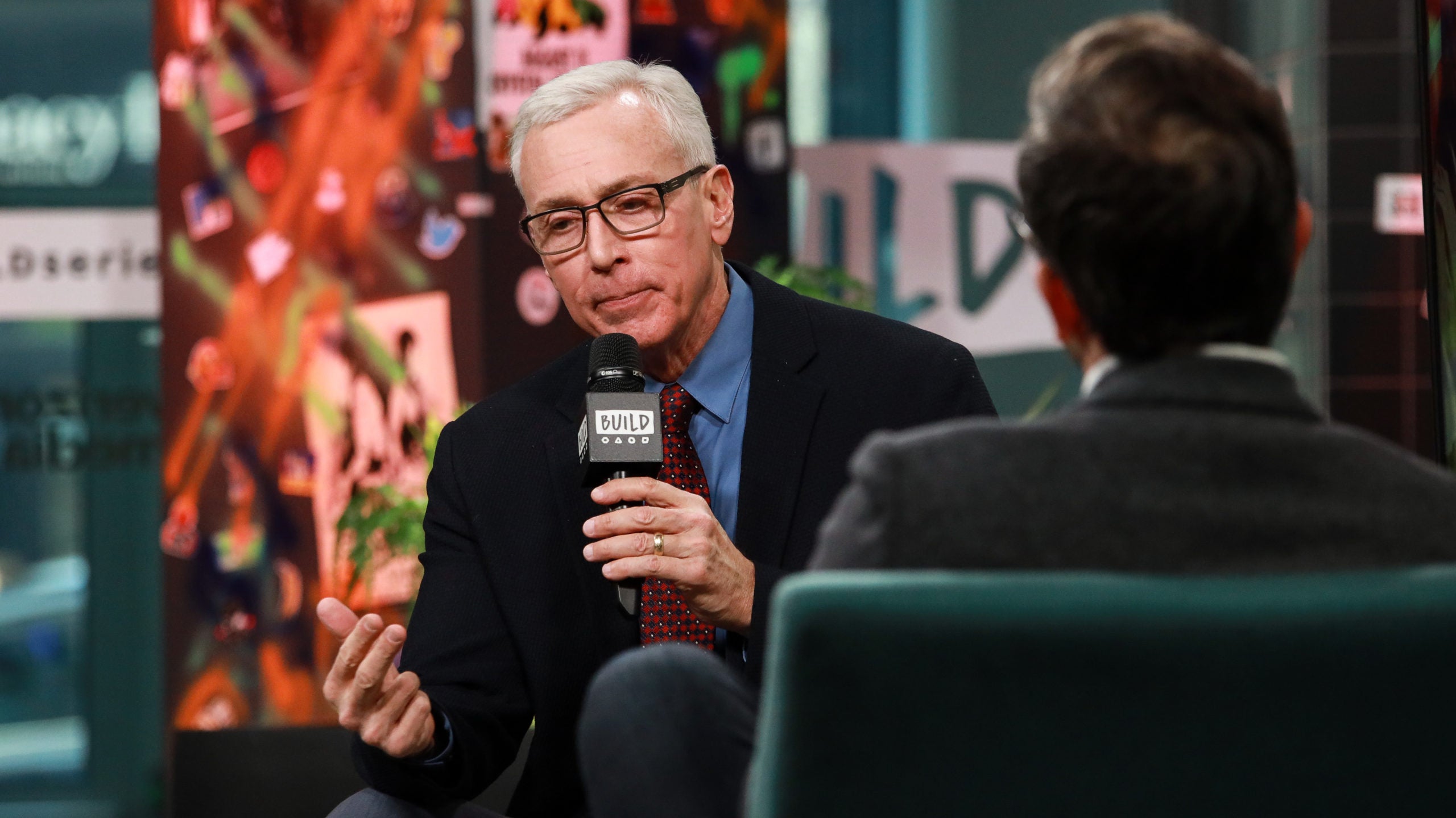 NEW YORK (AP) — Celebrity doctor Drew Pinsky has apologized for a series of statements unspooled in a recent video where he downplayed the coronavirus and suggested that it was a “press-induced panic.”

“I wish I had gotten it right, but I got it wrong,” said Pinsky in a video posted over the weekend. Pinsky is known as “Dr. Drew” and for helping people get past addiction problems.

Pinsky’s apology was prompted by an online video that put together clips from a series of appearances he made over a two-month period. It’s a storytelling form that has gained steam with the pandemic: The Washington Post has done mashups focused on President Trump and Fox News, while Comedy Central on Friday issued a video targeting conservative personalities.

The Pinsky video surfaced on Twitter, posted by someone who goes by the name “DroopsDr.” It was not possible to establish the person’s identity.

The video collects clips of Pinsky on his online show, “Ask Dr. Drew,” his podcast “Dr. Drew After Dark” and other media appearances. He repeatedly suggested the coronavirus would be not as bad as the flu, at one point saying the probability of dying of coronavirus was less than being hit by an asteroid.

On KTLA-TV on March 2, he said he was angry about the “press-induced panic” caused by the disease.

Later in the month, speaking from New York, he noted that subways were much less crowded because city officials had said to avoid riding the trains.

Some 10,000 people have died of the coronavirus in the United States. Most people who are infected have moderate or mild symptoms and recover, but for elderly people and those with underlying conditions, it can be fatal.

In his apology, Pinsky noted that he was “part of a chorus” that was equating coronavirus to the flu. He said he didn’t understand the ferocity of the illness and had been primarily looking at the number of influenza cases.

While he did not say that the clips had been edited in a deceptive way, he noted that in most of his appearances, he also directed viewers toward the guidance of Dr. Anthony Fauci and the Centers for Disease Control. Pinsky did not immediately return a message from the AP on Monday.

In a message on the Twitter account, the person who posted the video suggested the idea of seeking out Fauci’s opinionwas probably lost behind Pinsky’s opinion.

A few weeks ago, the Washington Post released a video that compared statements by Fox News Channel personalities including Sean Hannity and Jeanine Pirro made before the pandemic hit and after. It has also done videos compiling instances where New York City Mayor Bill De Blasio and President Donald Trump downplayed the disease’s impact.

While it contains statements made by Trump and radio personality Rush Limbaugh, the Comedy Central video concentrates on clips of Fox News personalities minimizing the disease or suggesting the danger was being exaggerated to make Trump look bad.

“It felt like the moment was right for it, because the news is moving so fast … and we didn’t want people to forget that this had happened,” Hedayati said.

“The Daily Show” has frequently targeted Fox News over the years, but Hedayati said he has a hard time remembering any issue where people have responded to a segment with such anger toward the network.

Although a Fox representative had no comment for the AP, the network has pushed back against the notion that it didn’t take coronavirus seriously. The Washington Free Beacon has also produced its own video mashup with mainstream media statements on the virus.

“Liberal sources and public health officials have said the very same things without being criticized,” conservative columnist Sharyl Attkisson wrote in response to the Comedy Central video. “It is as if the rhetoric is deemed to be too dangerous or ‘coronavirus-doubting’ only when uttered by conservatives, Trump supporters or other targeted people.”