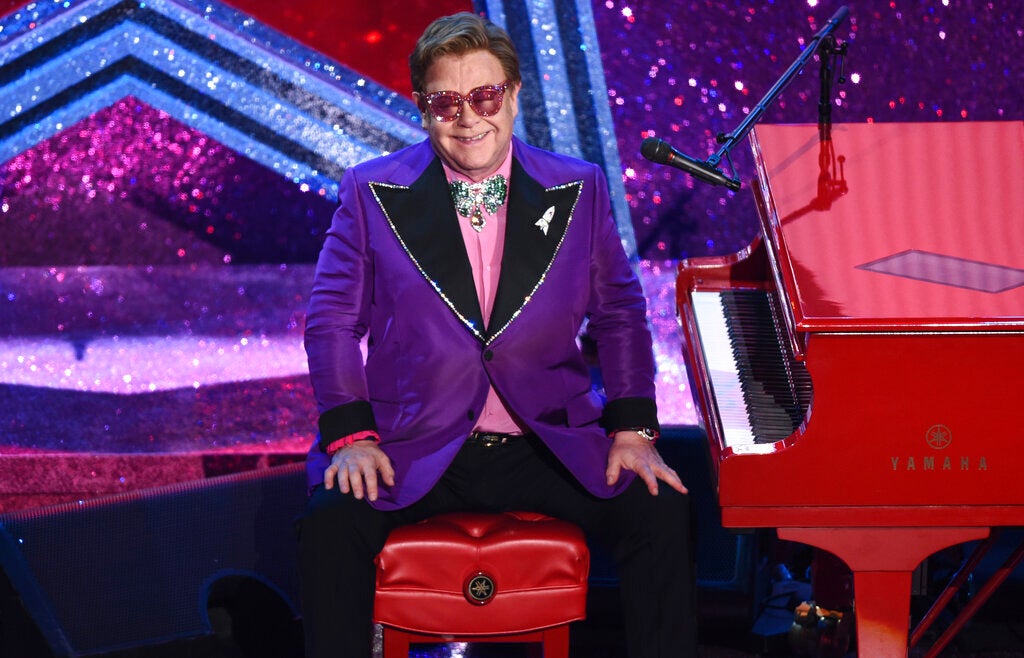 FILE - Elton John is seen after performing "(I'm Gonna) Love Me Again" nominated for the award for best original song from "Rocketman" at the Oscars on Feb. 9, 2020, at the Dolby Theatre in Los Angeles. John is releasing an album of collaborations with artists from several generations and genres, including Nicki Minaj, Young Thug, Miley Cyrus, Lil Nas X, Stevie Nicks and Stevie Wonder. “The Lockdown Sessions,” a collection of 16 songs featuring John with artists from Dua Lipa to the late Glen Campbell, will be released on Oct. 22. (AP Photo/Chris Pizzello, File)
by: Associated Press
Posted: Sep 16, 2021 / 06:02 AM EST / Updated: Sep 16, 2021 / 06:02 AM EST

LONDON (AP) — Elton John says he is postponing European dates on his world tour until 2023 so that he can have an operation on an injured hip.

The 74-year-old singer-songwriter had been due to play cities in Britain and Europe this year as part of the Farewell Yellow Brick Road tour, followed by shows in the U.S. in 2022.

But he said a fall on a hard surface in late summer had left him in pain.

He said in a statement on Thursday that “despite intensive physio and specialist treatment, the pain has continued to get worse and is leading to increasing difficulties moving. I have been advised to have an operation as soon as possible to get me back to full fitness and make sure there are no long-term complications.”

He said that “it is with great sadness and a heavy heart that I am forced to reschedule the 2021 dates of my Farewell Yellow Brick Road tour in Europe and the UK to 2023.”

He promised fans that “the shows will return to the road next year and I will make sure they are more than worth the wait.”

John said he planned to start the U.S. leg of the tour in January 2022 in New Orleans.