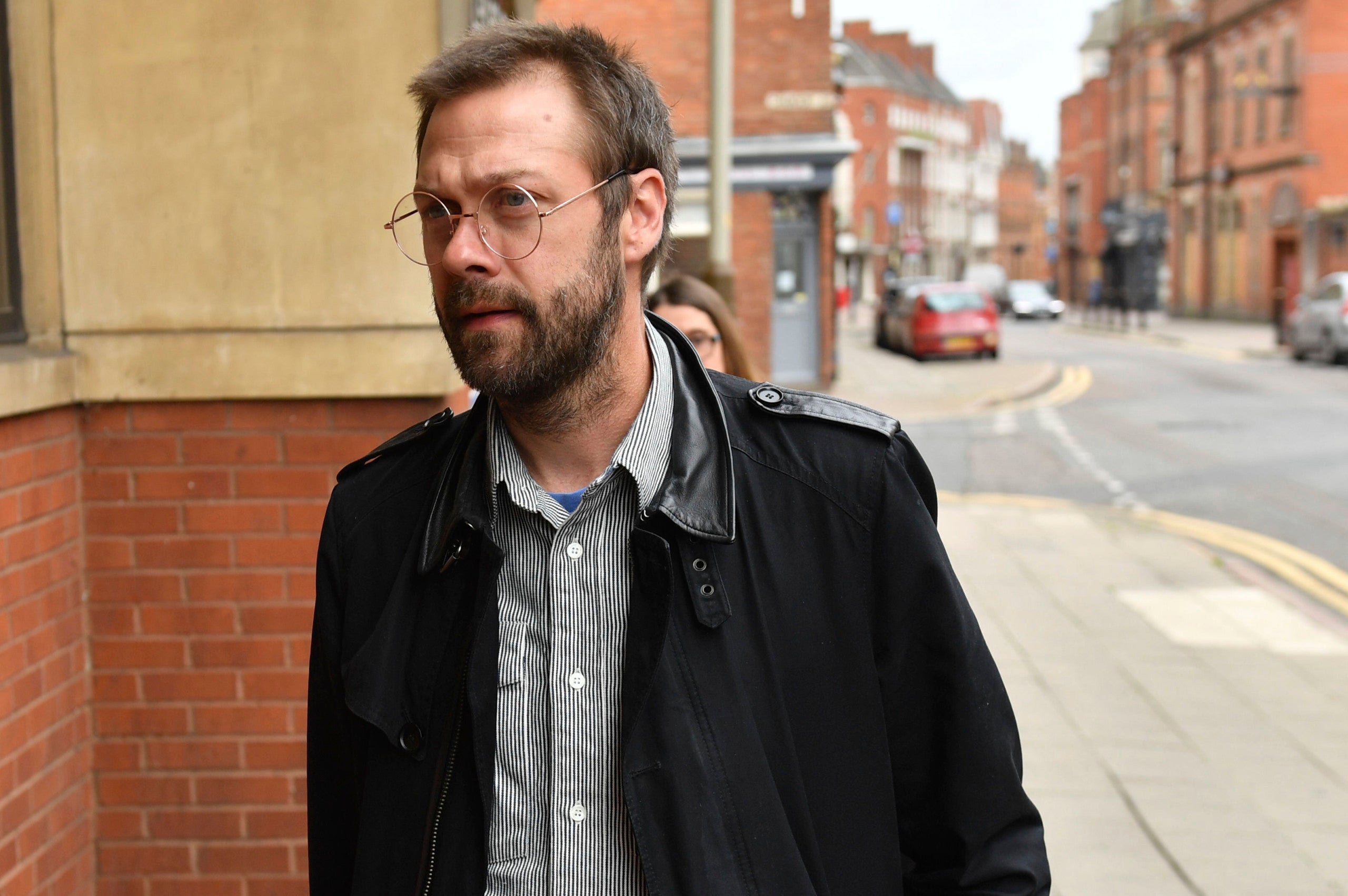 Tom Meighan, ex-Kasabian singer, arrives at Leicester Magistrates' Court, Leicester, England, Tuesday July 7, 2020, where he is appearing on a domestic assault charge. Kasabian said in a statement on Monday July 6 that Meighan “is stepping down from the band by mutual consent. Tom has struggled with personal issues that have affected his behavior for quite some time and now wants to concentrate all his energies on getting his life back on track.” (Jacob King/PA via AP)
by: Associated Press
Posted: Jul 7, 2020 / 07:41 AM EST / Updated: Jul 7, 2020 / 07:41 AM EST

The case came a day after Meighan quit the band, releasing a statement saying he was dealing with “personal issues.”

Closed circuit television footage of the attack was played in court as 39-year-old Meighan wiped his eyes and held his head in his hands.

His lawyer Michelle Heeley told the court he “offers his sincere apologies to the people he has let down and he has sought to address his offending behavior.’’

Founded in the English city of Leicester in 1997, Kasabian released its self-titled first album in 2004. The band has released six albums and headlined Glastonbury and other major music festivals.