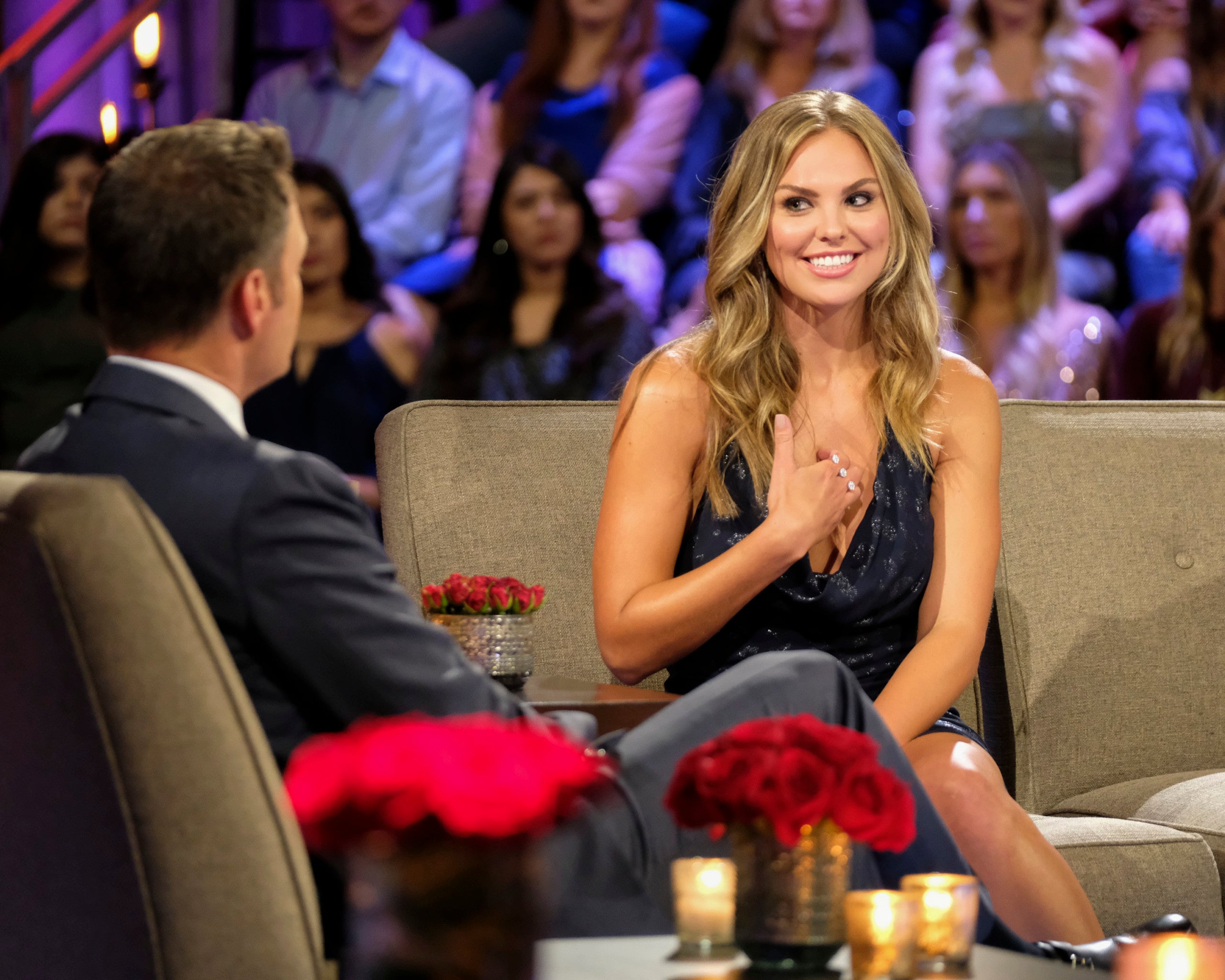 THE BACHELORETTE: THE MEN TELL - "The Men Tell All" - Luke P.'s stunning final standoff in Greece is revealed; and then, the controversial bachelor will take the hot seat opposite Chris Harrison to give his side of the story. The other men, fired up by Luke P.'s self-defense, explode into the vitriolic outburst they have been holding back all season long. The other most memorable bachelors - including Brian, Cam, Connor S., Daron, Devin, Dustin, Grant, Dylan, Garrett, John Paul Jones, Jonathan, Luke S., Matt, Matteo, Mike and Ryan -- return to confront each other and Hannah one last time to dish the dirt, tell their side of the story and share their emotional departures. Finally, as the clock ticks down on Hannah's journey to find love, a special sneak peek of her dramatic final week with Jed, Peter and Tyler C. is featured on "The Bachelorette: The Men Tell All," MONDAY, JULY 22 (8:00-10:01 p.m. EDT), on ABC. (John Fleenor/ABC via Getty Images) HANNAH BROWN
by: Lisa Respers France, CNN
Posted: May 18, 2020 / 10:33 AM EST / Updated: May 18, 2020 / 10:33 AM EST

(CNN) — It was a rap song which got Hannah Brown in hot water.

The Season 15 star of “The Bachelorette” has apologized for using the N-word while attempting to rap the lyrics of DaBaby’s “Rockstar” on her Instagram Live on Saturday.

Brown apologized on her Instagram Stories in a posting on Sunday.

“I owe you all a major apology,” she wrote in a statement she posted. “There is no excuse and I will not justify what I said. I have read your messages and seen the hurt I have caused. I own it all. I am terribly sorry and know that whether in public or private, this language is unacceptable. I promise to do better.”

CNN has reached out to reps for Brown for additional comment.

A few members of Bachelor Nation were also not happy with the “Dancing With the Stars” Season 28 winner.

Bekah Martinez, a contestant on Season 22 of “The Bachelor” posted a statement on her Instagram Stories which began “How are people still gonna defend CELEBS with access to SOOO much privilege, knowledge, and education saying the N-word…even if it’s ‘just the lyrics to a song’…especially when that person had the wherewithal to skip over the F-word lyrics first.”

“We’ve GOT to hold people accountable to do better otherwise we’re continuing to prioritize the feelings of white people (and someone we ‘stan’) over ending our country’s loooong history of casual racism and flippant anti-blackness,” Martinez wrote.

Brown found herself in the midst of some controversy while on her show as well.

She and contestant Luke Parker got into a heated conversation after he wanted assurances that she would not have sex with any of the other contestants.

He later apologized on the show’s “Men Tell All” special.