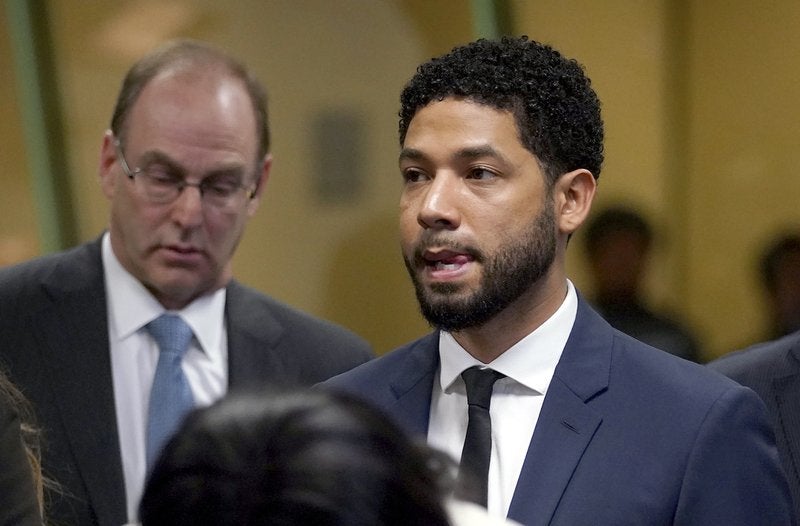 FILE - In this March 14, 2019 file photo, "Empire" actor Jussie Smollett, stands before Cook County Circuit Court Judge Steven Watkins where he pled not guilty at the Leighton Criminal Court Building, in Chicago. A hearing is set for the city of Chicago to recover costs from Smollett after police said his claims of a racist and anti-gay attack were phony and staged. The status hearing Tuesday, Aug. 20, is the first since the lawsuit was moved to federal court from state court in July. (E. Jason Wambsgans/Chicago Tribune via AP, Pool)
by: Associated Press
Posted: Mar 6, 2020 / 08:57 PM EST / Updated: Mar 6, 2020 / 08:58 PM EST

CHICAGO (AP) — Former “Empire” actor Jussie Smollett has lost his bid to have the Illinois Supreme Court to throw out the new charges against him and to remove the special prosecutor that filed them.

Smollett’s lawyers argued in an emergency petition that Cook County Circuit Judge Michael Toomin overstepped his authority and misinterpreted the law when he ordered the appointment of a special prosecutor.

The court on Friday rejected the arguments without explaining the decision.

Smollett is accused of staging a racist, homophobic attack against himself last year in Chicago and falsely reporting to police that the phony attack was real.