Johnny Ramone’s guitar, a piece of punk rock history, up for auction 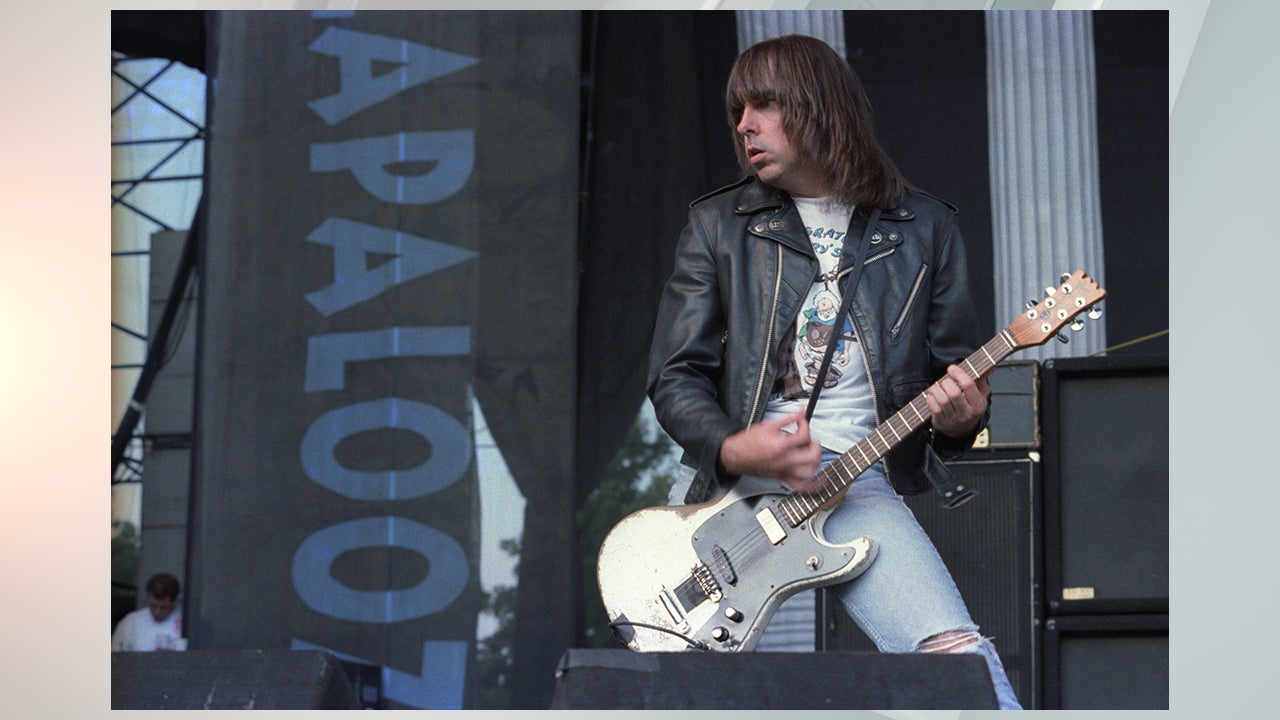 (CNN) — The white paint is scratched off and worn away along the sides of Johnny Ramone’s electric guitar, the one he used on stage for nearly 20 years to make some of punk rock’s most distinctive chords with the legendary Ramones.

But it’s no wonder. Johnny Ramone was known for his fast downstroke chords — he never strummed upward — and he played them aggressively on that guitar until the day he retired in 1996.

The black and white Mosrite guitar is now up for auction along with other punk memorabilia, including Johnny’s early on-stage amp and a set of his bandmate Joey’s microphones. They were collected over the years by a close friend of the band, musician and songwriter Daniel Rey.

Ramone, who was born John Cummings, bought the 1965 Mosrite Ventures II guitar in 1977. After that, he played it in every Ramones performance for the next two decades — about 1,985 shows, according to the auction house, RR Auction. It was also used on all 15 of the band’s albums from that time period, the auction house says.

“Most guitarists have dozens of guitars they play and they change over different tours every year,” Rey told CNN. “Johnny used the same guitar from Day One to the end, and I think that’s kind of unique.”

And the guitar still plays “perfectly,” Rey said. “It’s indestructible. It played 2,000 shows with the Ramones, so it can handle anything.”

The Ramones kicked off the punk rock movement in New York in the 1970s with their fast beat, short songs and loud guitar riffs immediately recognizable from such songs as “Blitzkrieg Bop,” “Sheena is a Punk Rocker” and “I Wanna Be Sedated.”

The band members adopted the surname Ramone, along with the same look of black leather jackets, canvas shoes, jeans and long dark hair over their faces.

They were practically the house band at the famed New York club CBGB, where they were joined by other legendary acts of the era like Television and the Patti Smith Group.

The signed amplifier from the auction was used by Johnny in some of the Ramones’ early CBGB shows, in 1974 and 1975, RR Auctions says. And while it was only used in those first years — Rey said the band bought new amps as soon as they got a record contract — the amp would have blared a signature sound.

“That really introduced the world to the brutality of the Ramones’ guitar sound, which was the beautiful balance of the pop sensibility — the Beach Boys’ (type of) pop — and the brutal guitar sound which made the magic happen,” Rey said.

He recalled how Johnny, who died in 2004, never liked to play minor chords, though he would if he had to.

The auction is scheduled for Sept. 25 at RR Auction in Boston, and online bidding is already open.

Rey said the time just felt right to sell the items and share them with other fans. And he said he’s not surprised at the interest: “The Ramones are the greatest band of all time.”

Photos below provided by RR Auctions.