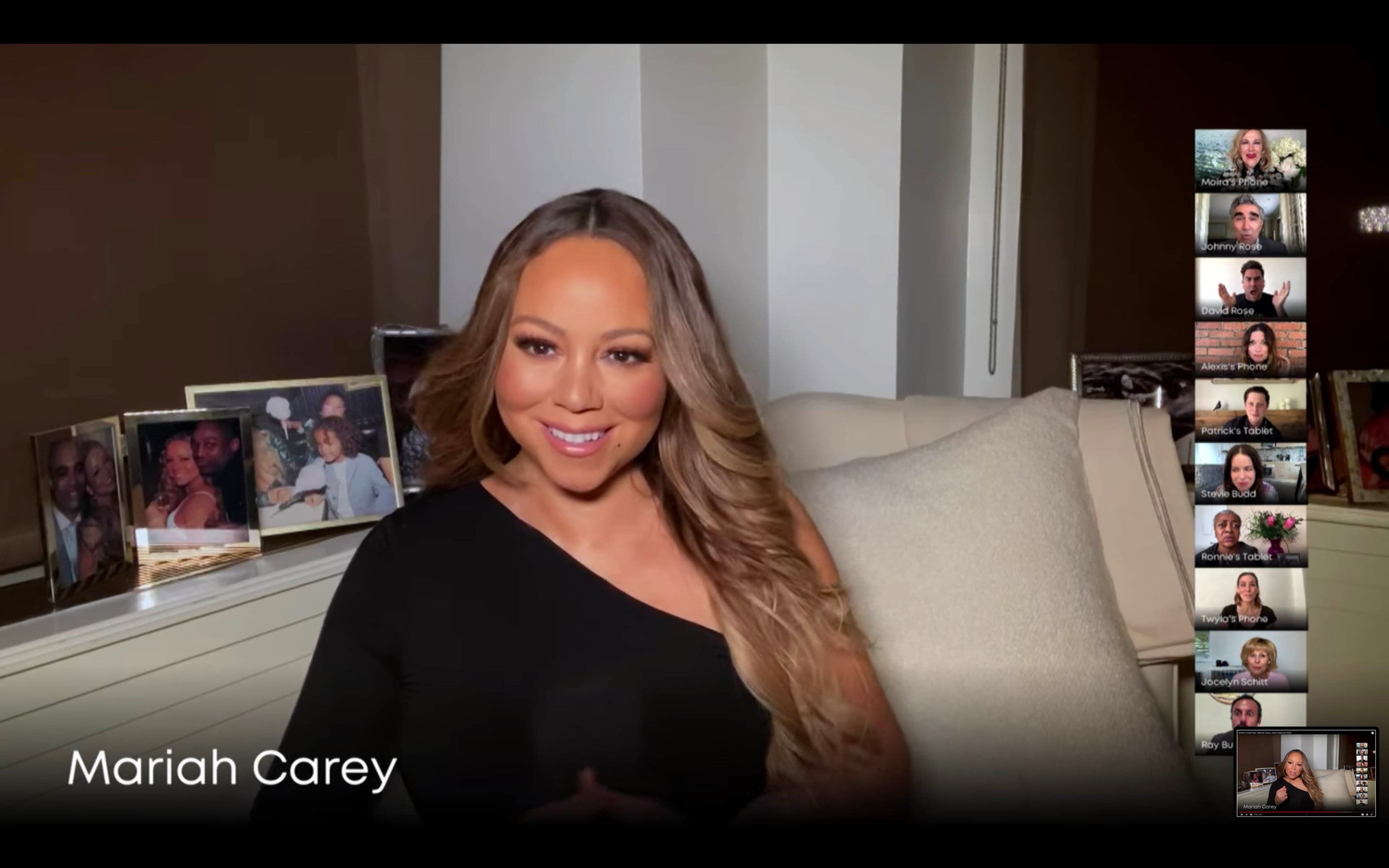 (CNN) — “Schitt’s Creek” got a very special visitor on Sunday.

The cast of the hit comedy got back in character to deliver a commencement video for the class of 2020 where they sung Mariah Carey’s “Hero,” joined by the singer herself.

Dan Levy, who plays David Rose on the show, pretended to faint as she sang to him and Catherine O’Hara (Moira Rose), Annie Murphy (Alexis Rose), Eugene Levy (Johnny Rose), Emily Hampshire, (Stevie Budd), and the rest of the cast. The video was part of YouTube’s “Dear Class of 2020” virtual commencement celebration.

“I think I’m having a heart attack,” Dan Levy said.

“Moira, darling, I hope you didn’t mind that I jumped in like that. You all sounded so good that I had to get in on it,” Carey said, thanking teachers for helping “students like me, who never really showed up at school on time.”

Fans of the show know Carey is a running theme on “Schitt’s Creek.” When Noah, a singer and guitar player, fell in love with David, he told him “You’re my Mariah Carey.”

And Carey herself is a fan of the “Schitt’s Creek,” taking to Twitter in 2019 to tell her followers to watch.

The series ended this year after six seasons.