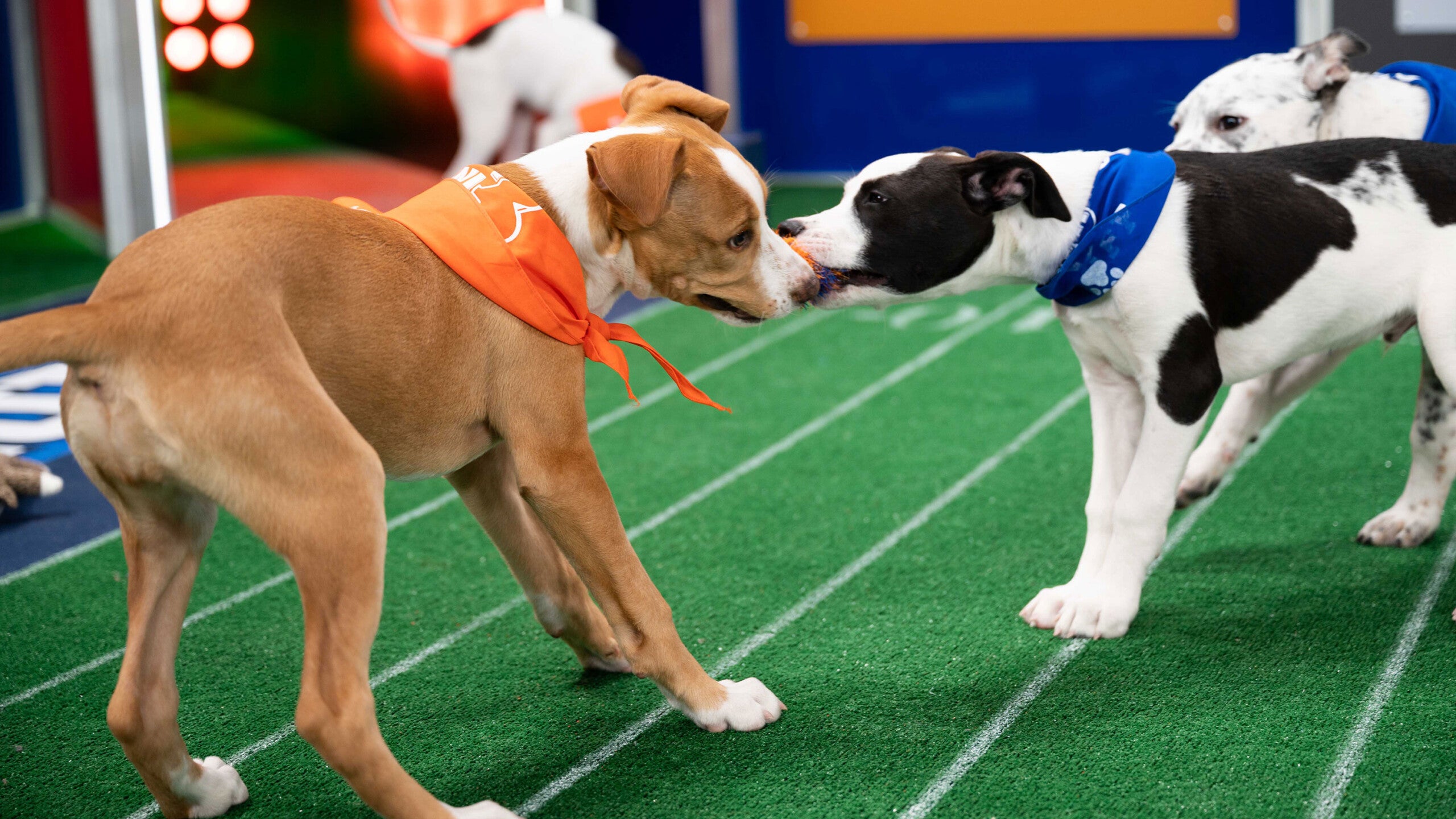 Trailing by three points with under a minute left, Team Ruff’s Big Boss Paulie (American Staffordshire Terrier and Dutch Shepherd mix) sprinted for a touchdown as the clock ran out. Team Ruff defeated Team Fluff in a final score of 73-69 to win Puppy Bowl XVII.

Team Ruff’s captain got a “Chewy Lombarky Trophy,” but really, all the dogs won.

Sunday’s event featured 70 puppies from 22 different shelters. Pups were split up into two teams and placed in a canine-sized football stadium to compete for “touchdowns.” The event also featured a national anthem performance, a halftime show, play-by-play commentary and a “rufferee.”

For the past 16 events, 100% of the puppies and kittens featured were adopted.

Also featured during the event was first lady Jill Biden, who filmed a public service announcement featuring the two first dogs, Champ and Major. Major is believed to be the first shelter dog to live at the White House.

As puppy fans watched this year’s dramatic Puppy Bowl in awe, football fans can only hope for an even better game when the Kansas City Chiefs face off against the Tampa Bay Buccaneers in Super Bowl LV.